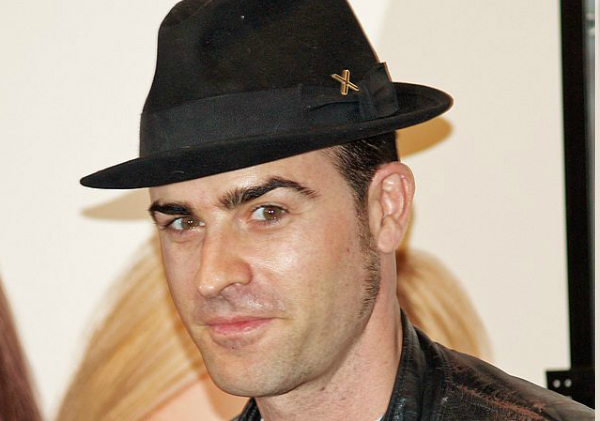 It’s only June, which means that it’s still way too long before “The Walking Dead” returns. I know enduring the show’s hiatus is more unbearable than spending seasons three and four waiting for the Governor to finally force everyone to leave the prison. Bt you don’t have to waste your whole summer worrying that all of season five might take place inside that train car. If you’re looking to take your mind off of the wait to find out the survivors’ fate, you’re in luck. This month you can keep your BRAAAINS busy by checking out three new shows that just might fill that zombie hand-sized hole in your chest. The three shows listed below might not feature zombies capable of tearing your chest cavity open, but they’re all apocalyptic dramas about people dealing with some very serious stuff and thangs. 1. “Dominion” June 19 at 9 p.m. on Syfy If there aren’t enough Biblical references in “The Walking Dead” for you, perhaps you’ll enjoy seeing the Syfy channel get religion. This exciting new series is a sequel to the movie “Legion” and takes place 25 years after the events in the movie. The angel Gabriel and his legion of lower angels have waged a war against humanity, and mankind’s battle against the celestial beings has turned the world into a very different place. The post-apocalyptic landscape features plenty of ruins and a few fortified cities like Vega (formerly Las Vegas) meant to protect the survivors from the angry angels. However, humans continue to make enemies out of each other as they fight to rule this dangerous new world. They’ve created a new caste system, and there’s also a new religion that places its hopes on “The Chosen One” saving mankind from being wiped out. With their feathers and their fully-functioning brains, the supernatural beings in “Dominion” should make more formidable foes than the earthbound biters in “The Walking Dead.” Much like the walkers, the winged ones have the ability to turn men into monsters. However, the black-eyed people that they possess are capable of doing a lot more than shambling around. Christopher Egan stars as Alex, a soldier who just might be The Chosen One, and Tom Wisdom is Gabriel, the only angel who is fighting on the same side as humankind. He has to face off against his hateful brother Gabriel (Carl Beukes). Alan Dale plays General Riesen, the ruler of Vega. His daughter Claire (Roxanne McKee) is in love with Alex, but it looks like the Lord of the City isn’t going to let her to settle down with the soldier. The trailer for this one definitely looks exciting and intriguing. 2. “The Last Ship” June 22 at 9 p.m. on TNT If you enjoyed seeing the CDC go out with a big bang on “The Walking Dead,” you’ll love this explosive new series based on the book by William Brinkley and produced by Michael Bay (you know there’s going to be a bunch of “booms” if he’s involved). Like “The Walking Dead,” “The Last Ship” features a global pandemic. A majority of the world’s population has been wiped out, and a scientist on board a Naval destroyer might be the secret to saving mankind. Luckily, this scientist doesn’t sport a mullet – she’s a hot paleomicrobiologist played by Rhona Mitra. Eric Dane stars as the ship’s captain, and Adam Baldwin plays his second-in-command. The trailers for the series feature a lot of yelling, shooting, and an explosion or two. So at least we know that the show isn’t about the survivors on the ship trying to start over by becoming peaceful floating farmers – they’ll have to use plenty of firepower in the fight to find a cure for what’s left of humanity. 3. “The Leftovers June 29 at 10 p.m. on HBO This series answers this very important question: How do people deal with the apocalypse when there are no zombies to keep them preoccupied? It’s the opposite of “Resurrection” – instead of mysteriously coming back, people mysteriously disappear in an event dubbed the “Departure.” After two percent of the world’s population vanishes, those left behind must deal with the aftermath of the Rapture-like event. The series isn’t so much about the mystery of why and how the Departure happened as it is about the different ways that it affects the people left on Earth. Just like “The Walking Dead,” the main character trying to keep the peace is a cop (Justin Theroux). And judging from his actions in the tense trailer, it looks like he’s experiencing some Rick-like internal conflict – he punches a picture of his family on the wall and tearfully pulls a gun on someone. The trailer also features a cult, but they don’t look like cannibals. The rest of the cast includes Amy Brenneman, Ann Dowd, Christopher Eccleston, Liv Tyler, and Charlie and Max Carver. The series is based on the novel by Tom Perrotta, and “Lost” showrunner Damon Lindelof is the co-creator/head writer. Because of Lindelof’s involvement, you might be wary about tuning in until the show’s end. However, it’s very possible that there won’t be a big reveal and tying up of loose ends to worry about. Lindelof told “The New York Times” that he’s “comfortable with mystery,” so perhaps “The Leftovers” will never explain how and why the Departure happened. At least NYT writer Taffy Brodesser-Akner made the series sound promising by describing the pilot as “scary and haunting” and saying that it’s “full of overtones of sadness and undertones of magic.” That “magic” just won’t include any mysterious smoke monsters. Photo: Flickr/David Shankbone