4K Television: Is It Worth It? 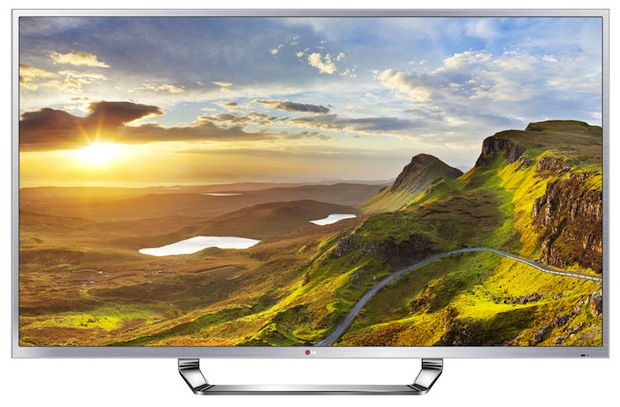 The invention of HDTV sparked a revolution in the TV production industry as never-before-seen picture quality began to appear in households across the globe. Brands such as Samsung, Sony, and LG became leaders in home-theater innovation. The latest in technological innovations was unveiled at CES this year: Sony’s 4K television range. Over the past few years, many people have sought to turn their home living spaces into entertainment rooms capable of creating a truly immersive experience, whether it be in regards to home movie screening or gaming. The question is whether this major advancement in picture-viewing quality really makes all that much difference. HDTV sales have declined by about six percent over the past year and have remained flat over the course of 2013. The much-anticipated 3DTV experience performed dismally in the market. This might be why companies like Sony are trying to appease customers through the release of a 4K television. Sony boasts that 4K definition is four times higher than 1080p Full HD. After Sony showcased the differences between HD and 4K Ultra HD picture quality at CES this year, the consensus was that 4K is noticeably better than HD. The trouble, however, with such a high-definition picture is that it is only really visible on a screen that is around 70–80 inches wide — you can barely notice any pixelation effect on an HDTV when sitting a few feet away. 4K televisions are currently retailing at around $20,000, which is a frightening investment, to say the least, even if you’re planning on sitting a little closer to the already monstrously sized screen. Also, current cable and streaming networks often reduce resolution and compress video data in order to air 1080p high-definition programs, and even they haven’t fully taken hold of the market yet. How much more bandwidth is required to view 4K-definition movies or series? Well, the issue with 4K content is that it is considerably huge — four times more bandwidth is required for its four-times-clearer resolution. Transferring files of this size could prove to be a hassle and will require extremely large storage capacities. As quoted in a Slashdot article: “4K footage has a bit-rate of about 600 MB/s, and even the fastest solid-state drives operate at only about 500 MB/s.” An anonymous reader on the site stated that “4K implies going back to physical media. Even over the Internet, it’s going to require massive files. Most people would happily settle for a 720p or 1080p file anyway.” It would also take some time before major networks begin producing programming that caters to 4K viewers. At the moment, no Blu-ray standard exists for 4K television, and no gaming consoles produce anywhere near such high-definition capabilities. 4K picture quality looks amazing when you’re close enough, and it’s especially impressive on large screens. The ultra high-definition resolution trully does leave a lasting impression on the mind. It will, however, take related infrastructure a long time to jump on the 4K bandwagon. Industry giants hope that home-viewing will evolve within five years, but it’s doubtful that 4K will become significantly more popular by then. People have only begun purchasing HDTVs within the past few years, and it seems unlikely that they will feel the need to buy another anytime soon. For now, there’s a lot of speculation over the future availability of 4K content and whether upscaled 4K content will be noticeably different from upscaled HD. Would you consider buying a 4K television bearing in mind that your desired content and transfer cababilities will probably only be readily available within the next five to ten years?

How Do Nielsen Ratings Work?
We’re All Infected: Why Walking Dead Fans Are Ravenous

About the Author
Nick Pedersen