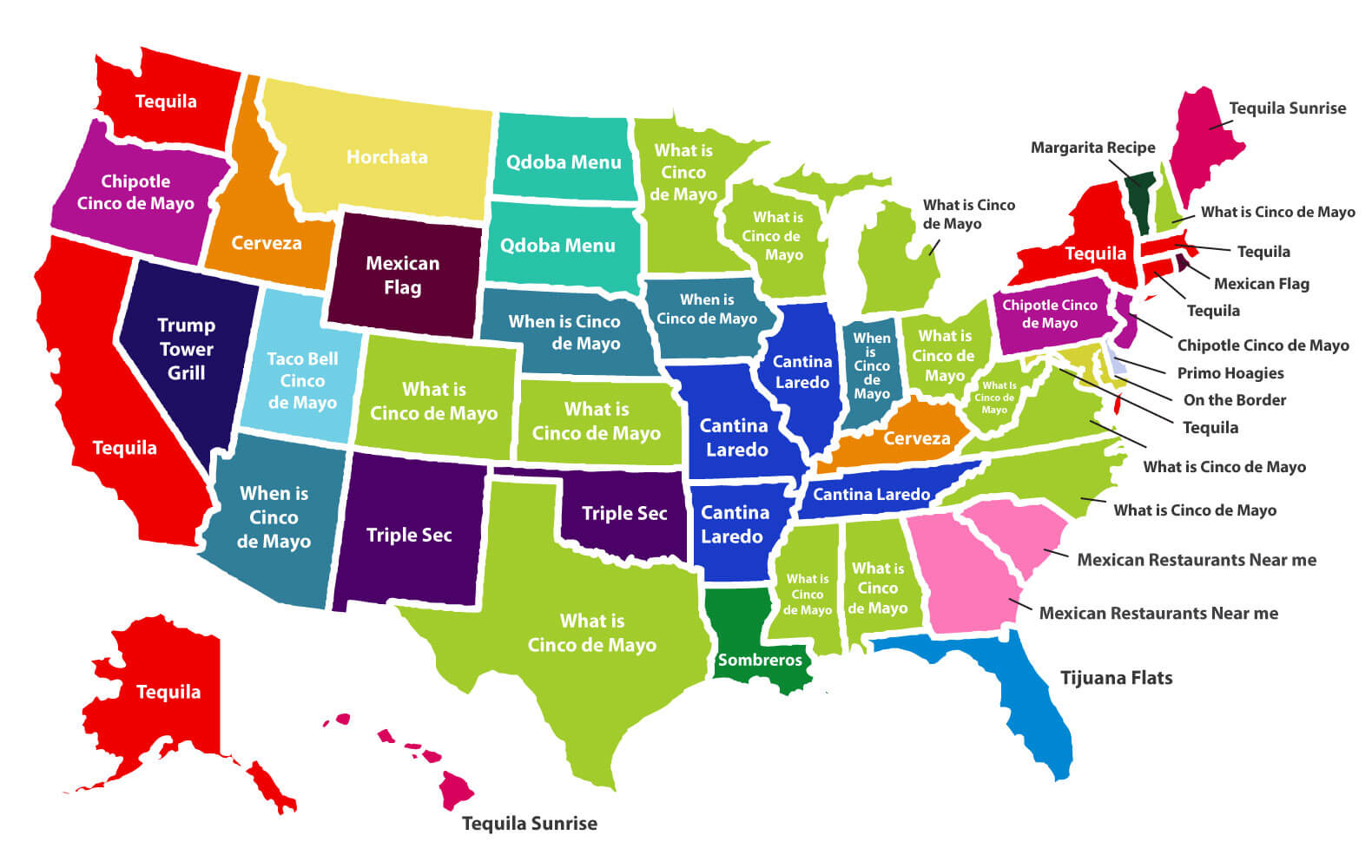 What Does Your State Google on Cinco de Mayo?

To see how Cinco de Mayo is celebrated across the United States, we analyzed each state’s Google search data from last year’s Cinco de Mayo. We found some interesting correlations. 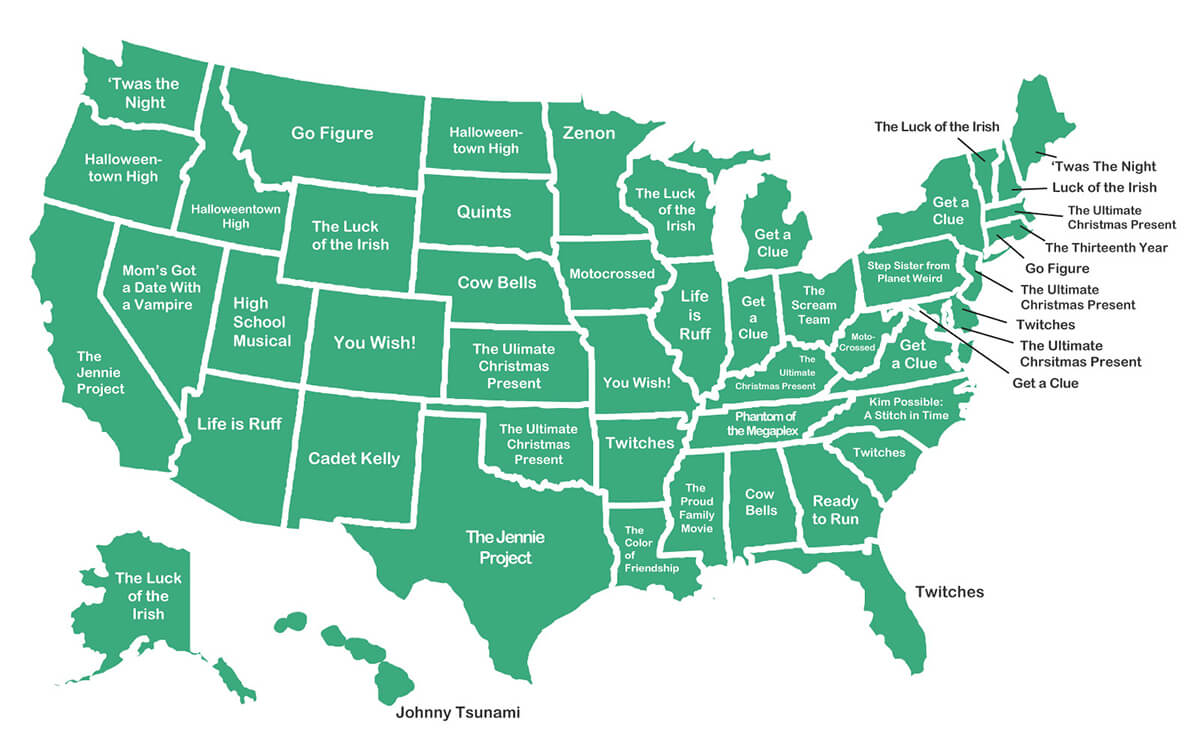 What Disney Original TV Does Your State Tune Into? Some things just feed our nostalgia: sugary breakfast cereal, childhood toys, our favorite cartoons. And oh, hello there, Disney Channel Original Movies. These made for TV originals are peak ‘90s film vehicles that have launched dozens of young actors to instant stardom. We’re looking at you, […] 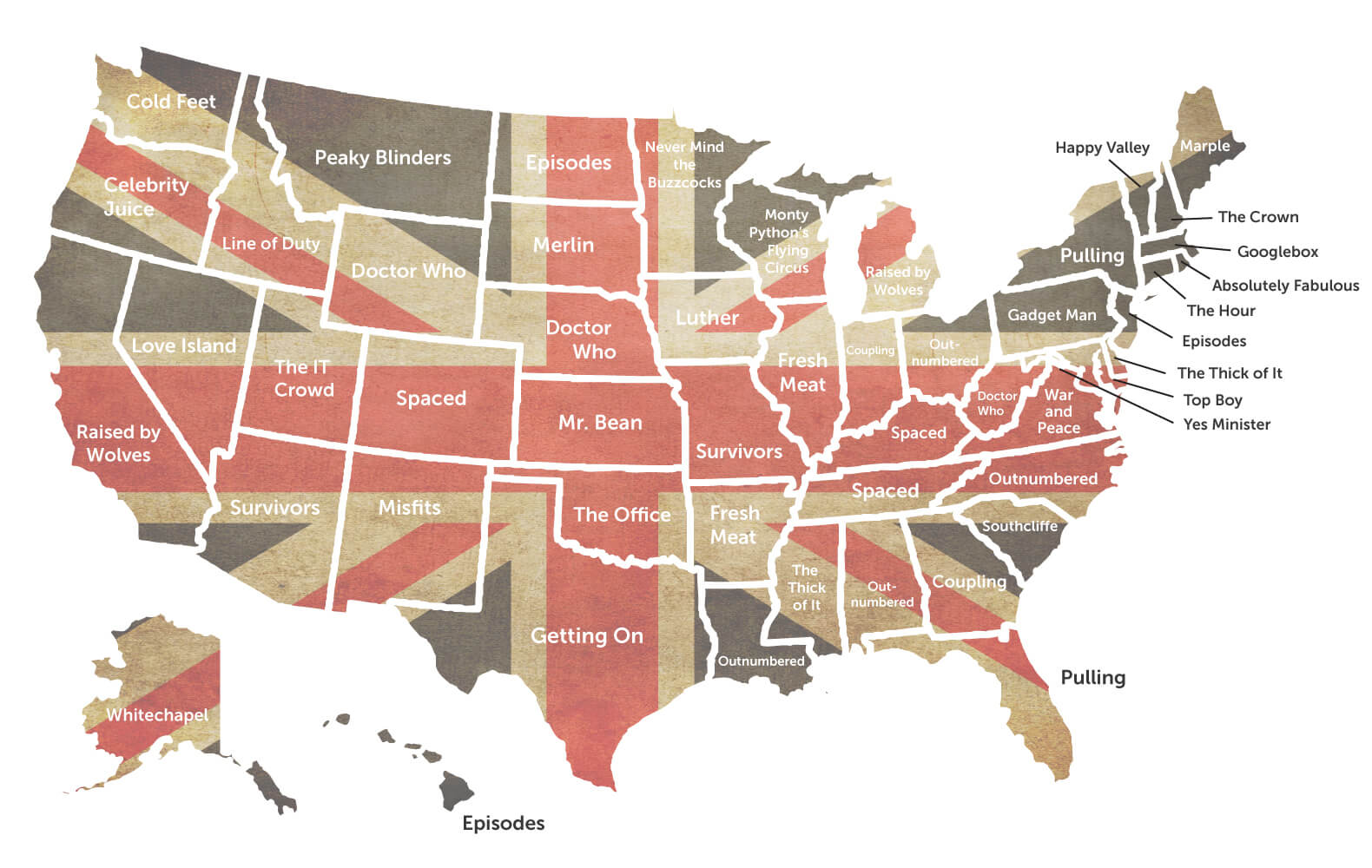 What Americans Love to Watch from Across the Pond It’s been a lot longer than four score and seven years ago since the United States declared its independence from Britain, but there are some things from across the pond that we just can’t quit. JK Rowling and the magical world of Harry Potter, royal weddings, [...]

We’ll give you recommendations on which DVR to pick based on your priorities, whether that be price, advanced features, or the ability to record every episode of Game of Thrones in HD before your hard drive runs out of space. 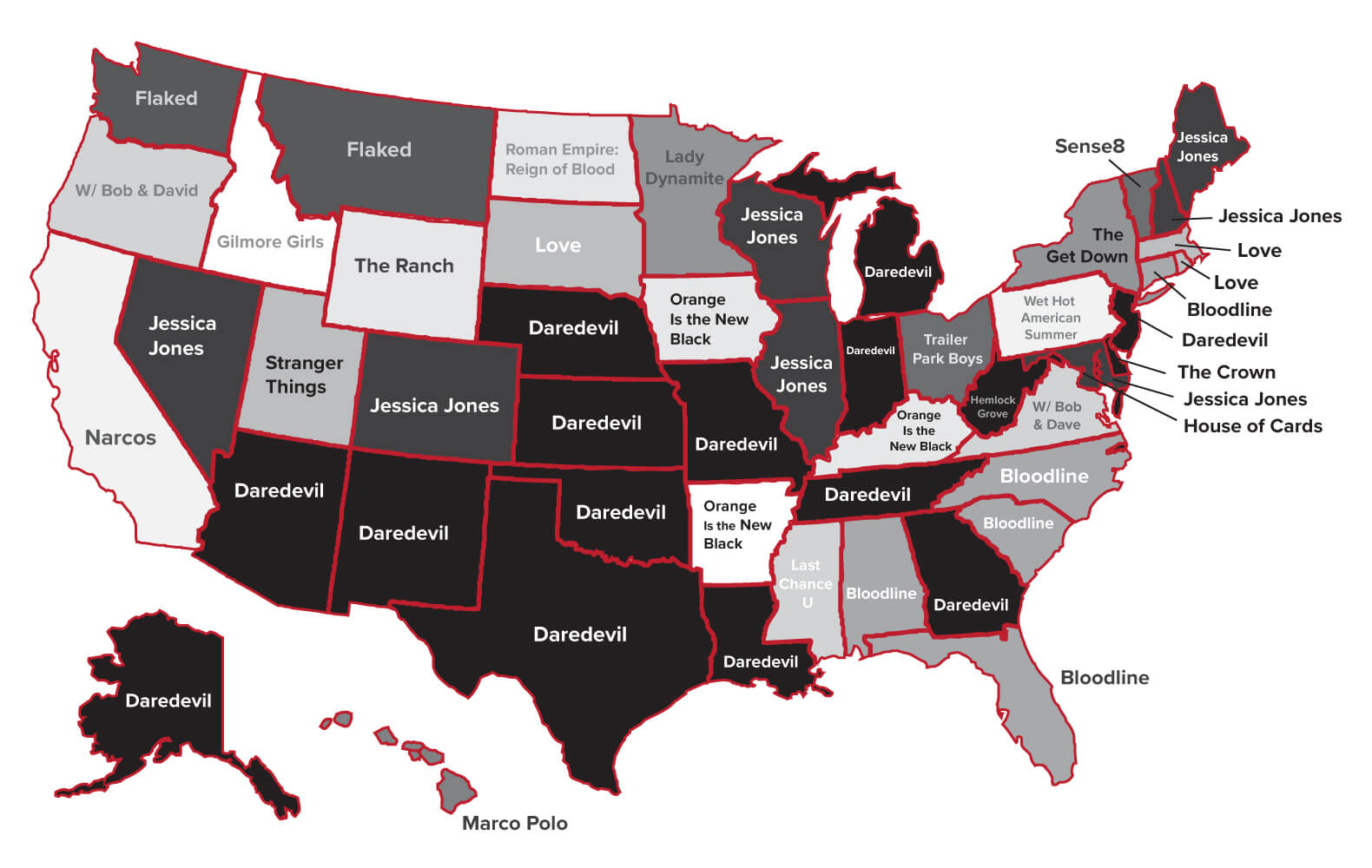 Which binge-worthy series was most likely to be streaming in neighborhoods near you? Inquiring minds wanted to know. Okay, it was us—the team at CableTV who wanted to know. And while there was lots of buzz about some of the newer Netflix originals, you’ll be surprised to find some familiar titles dominating the map all across the United States. 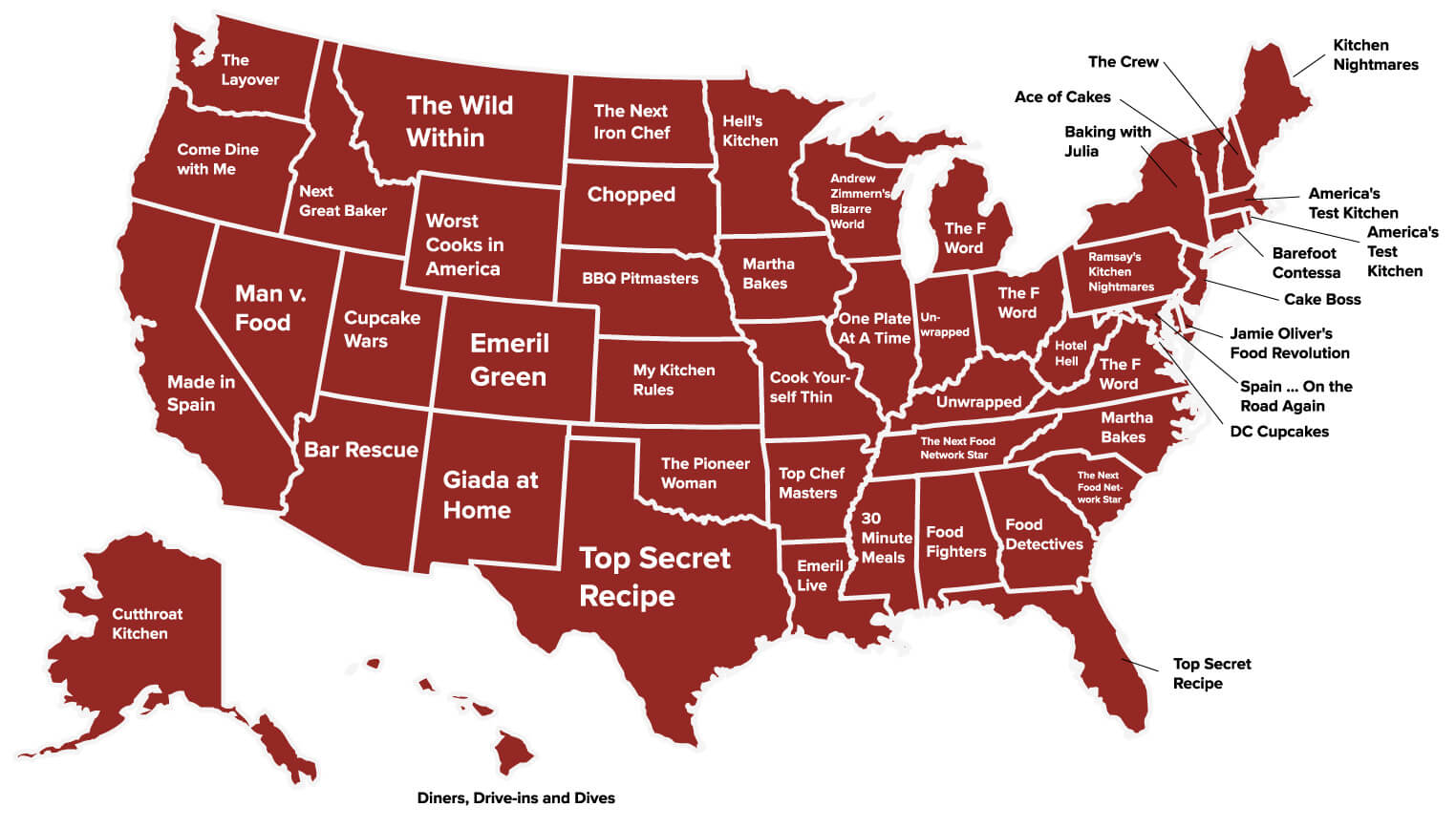 What foodie fare does your state love to binge-watch? Let’s find out. Craving a little foodie TV? You’re not alone. The entire nation has a taste for shows that cook up all manner of fare from the sweet and savory to the strange and scientific. Come take a culinary tour of America that shows the […]

Our Interactive Behind the Scenes Look at a Day in the Life of the Undead is Resurrected Spoiler Alert: Haven’t watched The Walking Dead Season 6 yet? Turn back while you still can. If you haven’t been consumed by all things walkers this week, you’re missing out on one of the most watched cable TV […] 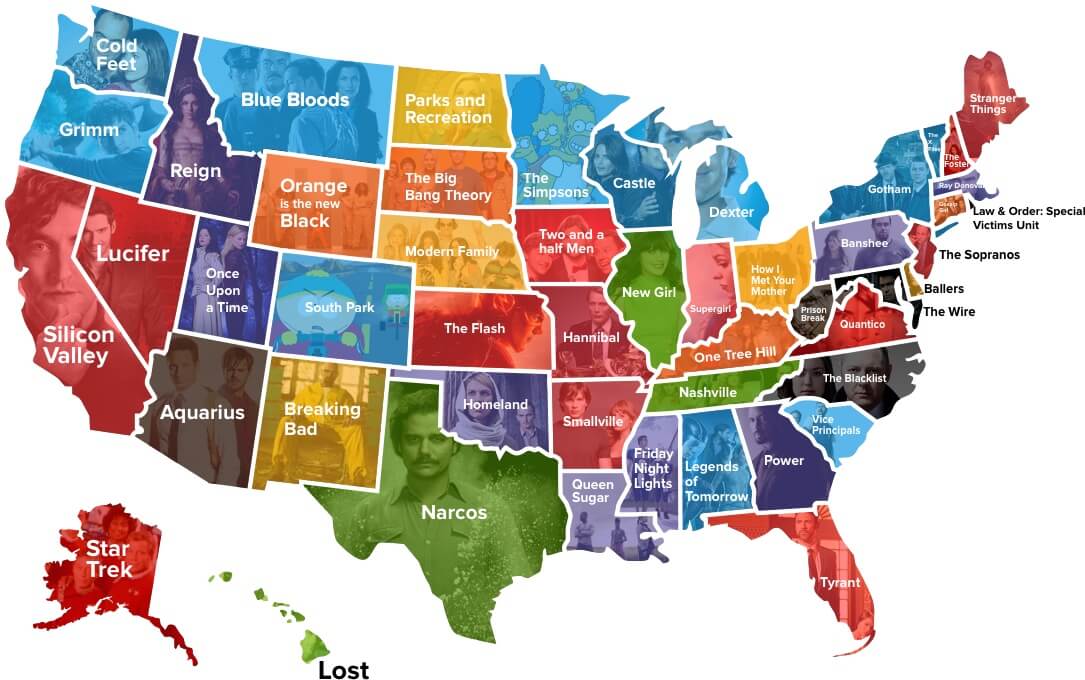 TV season has officially begun and networks continue to debut their fall showstoppers as we all snuggle up, prepared to binge watch. While a few shows are popular across the country (winter is coming), each region and state has their own favorite flavor of entertainment. Here at CableTV, we mined the data to answer one […]

Should you choose Charter Spectrum or DISH as your cable provider? See side-by-side and at-a-glance info and reviews so you can choose a package and a provider that’ll fit your priorities.

How can you determine if service from Charter might be the best option for your household? We’ll do our best to give you informative details about each aspect of Charter Spectrum’s current services so you can decide if New Charter might be just the deal you’ve been looking for.