Boxee, Samsung and the Future of Smart TV 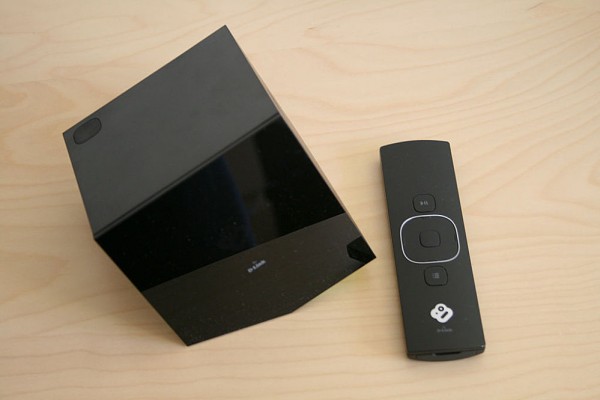 Ever heard of Boxee, the near perfect set-top box that offered access to both on-demand streaming and a cloud DVR system? Chances are you haven’t, but with Samsung’s recent purchase of this tiny start-up, you may be hearing a lot more about Avner Ronen’s contribution to the way we watch television. It seems Apple’s most aggressive smartphone competition may now be gearing up for a huge slice of the smart TV pie. Boxee as a concept was very forward thinking. Essentially, it took all the most desired attributes of on-demand viewing and put them in one place. But what really set it apart was the cloud DVR, a feature introduced only last year. Through an internal HD antenna, Boxee subscribers could save as many of their favorite shows as they wanted to the cloud and watch at any time, a competitive option to rival Aereo’s over-the-air (OTA) system. Unfortunately, there were too many roadblocks for Boxee to be a viable competitor in the smart TV race. Creator Ronen was naively optimistic about his product in a “if you build it, they will come” kind of way, which was not really enough to convince many investors. The start-up was only able to come up with $26 million to both engineer and market the device, a fairly paltry sum in the IT industry. The combination of insufficient funds and exclusive distributor Walmart’s lack of a well-developed marketing strategy kept the device on shelves. Only about 200,000 Boxee units made it into the wild. There was also the issue of the cloud itself not being widely available. Digital rights management (DRM, i.e. content licensing) is costly and only a few areas would permit the content access Boxee needed, leaving many subscribers waiting indefinitely for the DVR option to open up. In short, Boxee just didn’t have the kinds of resources needed to overcome these obstacles and gain a solid footing in the marketplace. But Boxee’s loss is Samsung’s gain. As Ted Kritsonis points out, “The TV industry isn’t just about to change; it’s already in the midst of a full-blown metamorphosis.” The recent announcement of Netflix’s multiple Emmy nominations (including one for Best Drama), and Amazon producing its own original series, along with the increasing availability of on-demand options from premium networks, have all the major players looking to do for television what iTunes did for the music industry. Those in the know agree that Boxee is the perfect operating system to make this happen and Samsung seems to have swooped in at just the right time. Boxee is first and foremost a software company, something Samsung lacks. Samsung has concentrated its engineering and marketing energies on building and improving upon the existing technology of others, albeit highly successfully. Still, without an in-house development team, the Korean powerhouse has been relegated to negotiating with its competitors for its operating system (Android), apps, and other software components. With the acquisition of Boxee, Samsung now has an entire turnkey operation at their disposal. Already there is industry buzz that Samsung will be presenting at least the prototype for a smart TV, with the former Boxee OS built in, at its forthcoming developer conference (DevCon) or the annual international Consumer Electronics Show. This is a strong possibility, but the success of such a product will depend on a couple of things: If any smart TV truly hopes to get viewers excited, all the DRM issues will need to be completely ironed out before the product is taken to market. Consumers will not want to shell out for a fancy TV they can’t use as intended. But even if Samsung’s initial offering doesn’t fare as well as expected, the company will still have a distinct advantage. Avid TV watchers can only gain from what the industry brings next. How do you watch your favorite TV shows? Do you watch shows on your television set, at their normal broadcast time, or via streaming providers like Roku or Vudu? Do you DVR and watch a mini-marathon on your day off? What is important to you in smart TV features? Find Kim on Google+

About the Author
Kim Leonard