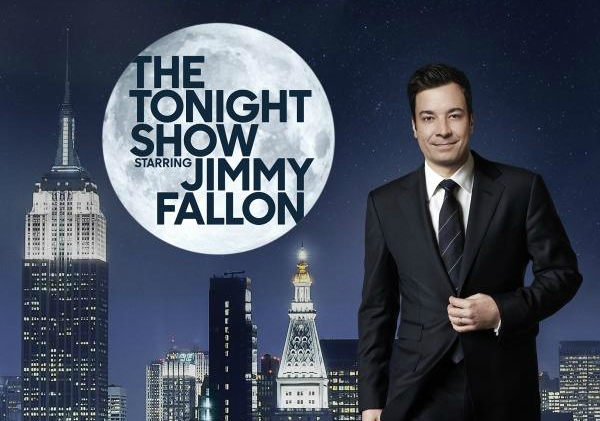 Jimmy Fallon is the new “Tonight Show” host, split between two generations, tasked with keeping everyone tuning in and filling their evenings with comedy they all can get a laugh from. Fallon has to draw in the millennials, which he achieves with simple sketches and viral social media content. This includes everything from his “History of Rap” skits to his hashtag topics, which often skyrocket to national trending topics on Twitter. And then he has to draw in the older crowd, which he is also successful at. No one can deny his energy and that he has it all. In fact, Fallon’s former boss on “SNL,” Lorne Michaels, told “The New York Times” “When you see Jimmy and Justin performing on his show or “SNL,” you’re going back to another time, when they were making those kinds of shows and movies.” Michaels compared the duo to Bing Crosby and Bob Hope and Fallon could see the tie. “What I do is more a variety show,” he said. “It’s always been an older style. I’m an old soul. … The show will always have an old soul.” Fallon is often found tapping ‘90s nostalgia in clips and parodies on his show, but now that he is the star of “The Tonight Show,” it is clear that his own nostalgia goes back even further. During his first monologue after taking over “The Tonight Show,” Fallon recalled the privilege of staying up late as a kid to watch Johnny Carson, and he got a tad emotional wondering if kids today will want to stay up late to watch him. It was a sweet moment that also revealed the new host’s late-night point of view: earnest, and rooted in an earlier era. Because he’s able to appeal to a span of generations, many feel he was the perfect choice to take over the storied and embattled 11:35 slot on NBC. The numbers prove it. In its first week, Fallon’s “Tonight” attracted 10.4 million Nielsen viewers. And while his first week benefited from an Olympic lead-in, his second week continued the streak, eclipsing the numbers of two prior hosts (or three, depending on how you count it) Leno and Conan O’Brian. Fallon had the biggest “Tonight Show” audience since Johnny Carson’s last week in May 1992. Maybe the Carson spirit belongs with Fallon after all. Those numbers don’t include the online behemoth that is Fallon’s signature. Clips of the new show have already amassed more than 37 million views on YouTube, which NBC loads as soon as the episode airs on the East Coast, even before West Coast viewers see them on television. Whether Fallon can continue the streak remains to be seen, but things are looking bright for him. He will likely be slow jamming the news for many years to come. Photo Courtesy of NBC Find Ryann on Google+

About the Author
Ryann Rasmussen

A native of Salt Lake City, Ryann is a writer and full blown TV and pop culture junkie. Her all-time favorites include SNL, Mad Men, Game of Thrones… and a few she’d rather not mention.