Most Popular Bachelor Contestant by State 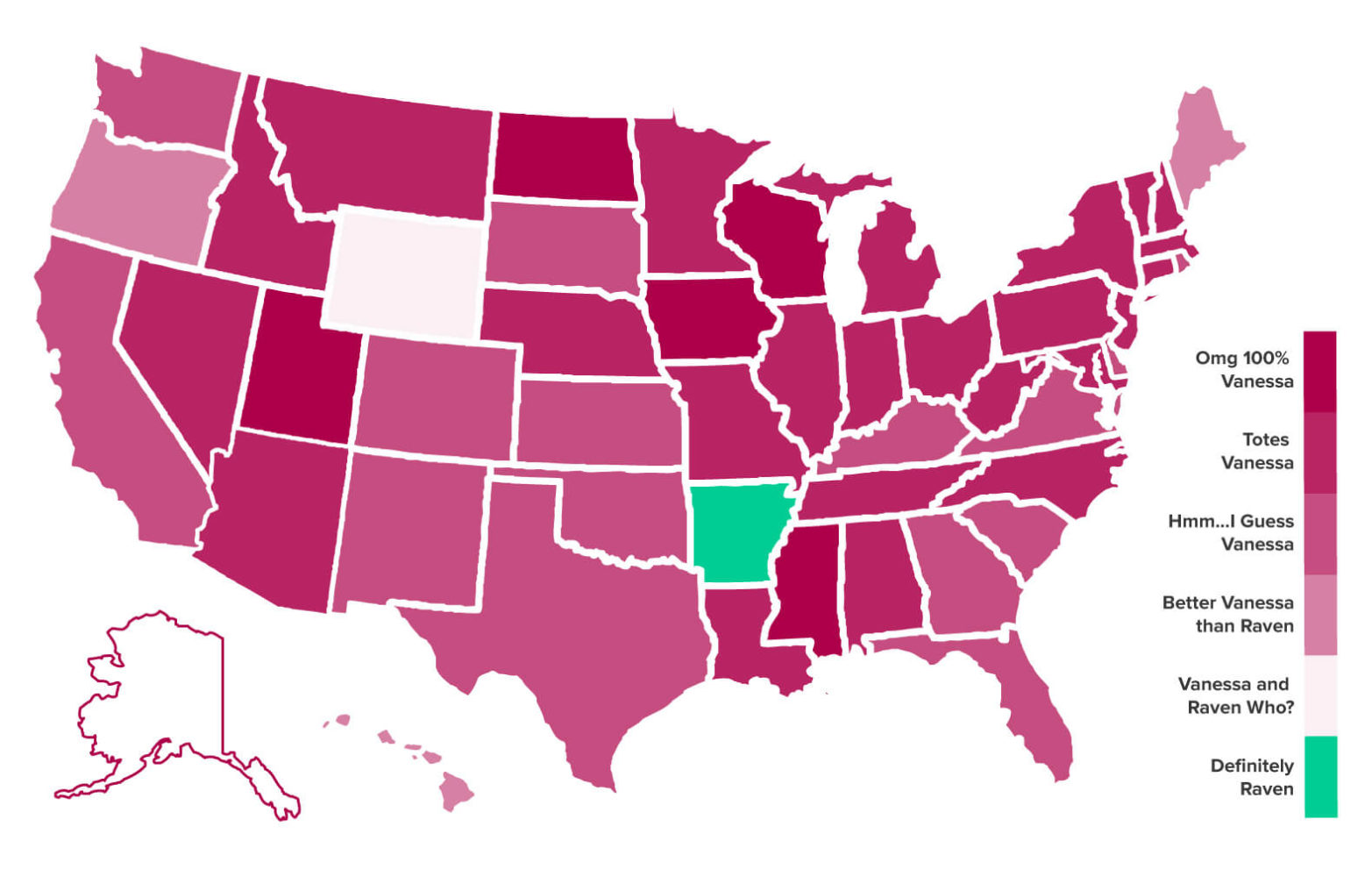 Who goes home and who gets their happily ever after? Your state weighs in. 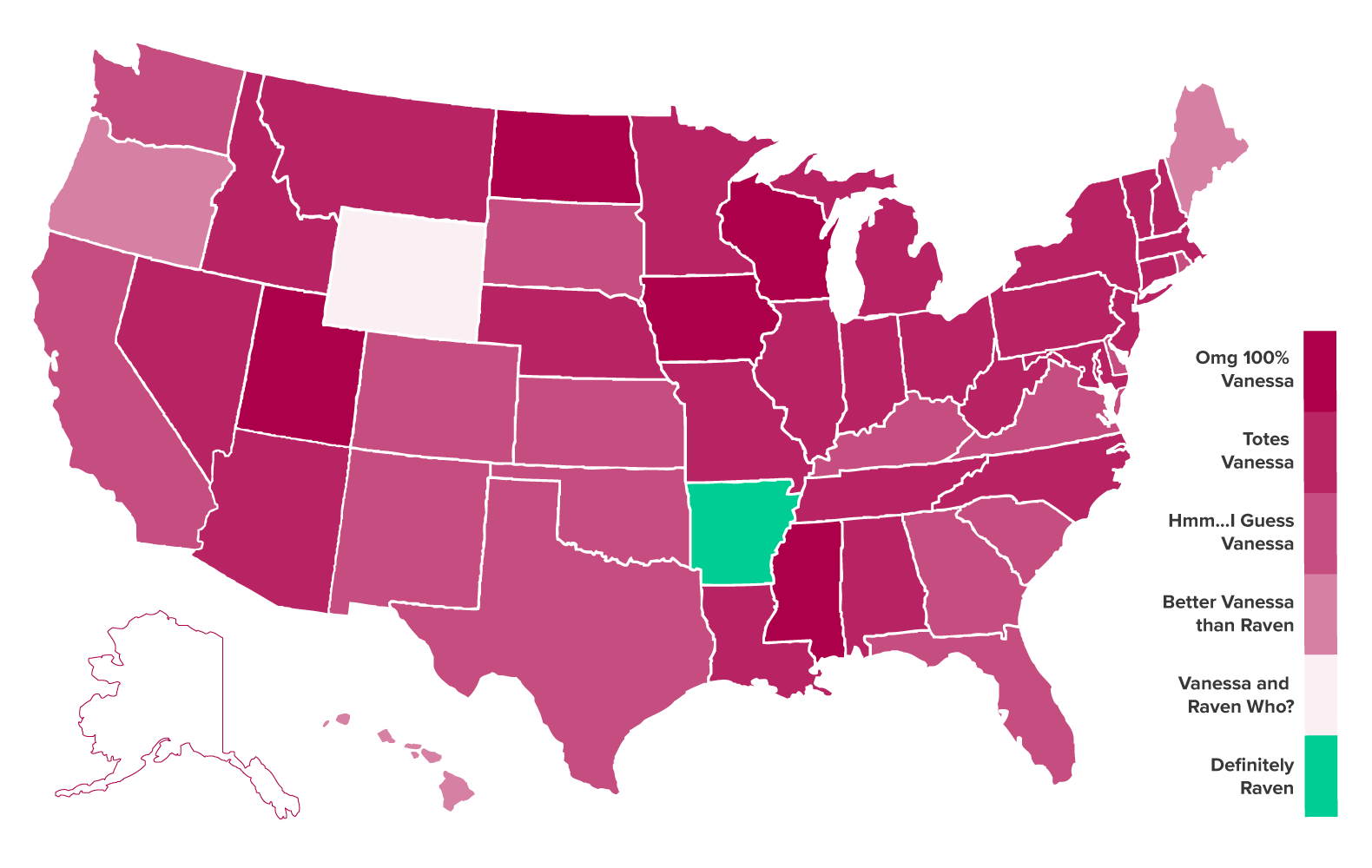 As The Bachelor comes into the home stretch of its twenty-first season (Yikes—this reality show is officially legal drinking age. Go home, Bachelor. You’re drunk!), the competition is getting fierce. Last week, bachelor Nick Viall—twice shunned, but not shy about the spotlight—sent home yet another contestant who was so devastated that she promptly fell asleep in the limo. But if there’s one thing Nick has proved, it’s that the third time’s the charm, so keep your chin up, Corrine. With the finale on the horizon, we, the reality TV junkies on the CableTV team, wondered if there were any spoilers to be gathered by digging into Google Trends data, so we started mining for the most popular contestant in each state. We compared search volume for the two remaining ladies across the United States to find clear favorites ahead of next week’s finale.

Which contestant does your state think Nick should put a ring on? Most of the country is clearly team Vanessa.

Full Disclosure: We’ve eliminated Rachel Lindsay, the attorney from Texas, because it’s already been announced that she’ll go on to become the first African American featured on the next season of The Bachelorette. This five-foot-four tattooed professional packs a punch, and America wants more. Sorry, Nick, but hands off—she’s ours. While Vanessa is America’s sweetheart, this special education teacher from Canada isn’t the online favorite to win Nick’s heart. She speaks two languages and her classy smarts have smitten the bachelor, but it’s hard to say if that’s enough to make him opt for the safe choice. Viewers seem to think he’ll prefer the feisty Raven, who lists family, faith, and football as her top priorities. The two of them clearly have some chemistry, but is it enough to overcome the roadblocks that being a reality TV star creates? Only time—and the season finale—will tell.

Everybody Loves a Local

Our analysis of the state-by-state data indicates that who you prefer to see as Nick’s perfect match really depends on where you live. Raven was most popular in her home state of Arkansas, and she tended to have more search volume in the South, while Vanessa dominated the North. Stereotypes of the southern bell versus the northern elite are apparently on rerun and repeat. This trend becomes obvious when you compare states where Vanessa‘s search volume was highest versus Raven’s top five for search volume. Although Vanessa is still preferred in Iowa, Mississippi, Missouri, and Alabama, Raven did have a bit more ranking in these traditionally Southern areas than she did in the rest of the country.

Do you agree with your state’s analysis of who is most likely to walk down the aisle on this season’s finale of The Bachelor? Let us know in the comments and share this post to your heart’s content.
Most Popular Disney Channel Original Movie by State (Map)
Best Cable TV Apps for Your iPhone

About the Author
Kaz Weida