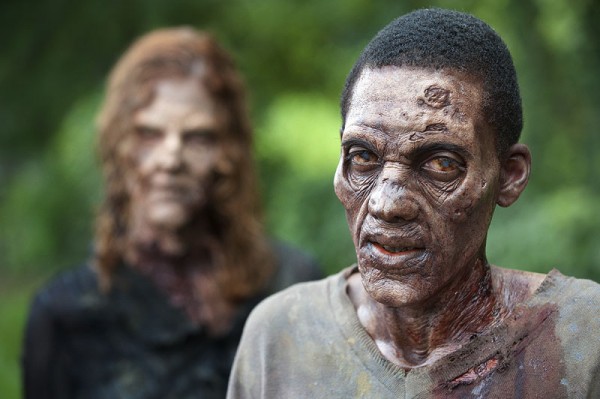 We already knew that people love to talk about “The Walking Dead,” to the point that AMC developed a post-episode discussion series, “The Talking Dead.” But did you know that you can now take it a step further by taking an online college course about the hit series?

This takes the intellectualization of zombies to a whole new level.

The University of California at Irvine added a new eight week course, titled “Society, Science, Survival: Lessons from AMC’s ‘The Walking Dead.'” The multidisciplinary course is taught by multidisciplinary faculty, so apparently a lot of professors at this college are fans of “The Walking Dead.” Just some of the courses’ topics of discussion include applying Maslow’s hierarchy of needs to a post-apocalyptic world, population modeling and the spread of infectious disease, and social identity, gender roles, and stereotyping “as shown through leaders like Rick and the Governor.” They also get into physics, analyzing the scientific dynamics of head shots to zombies.

This course can handle huge numbers because it’s a massive open online course (MOOC) and, best of all, it’s free.

The University of California Irvine is the first university to team up with AMC for the offering, but a few other colleges independently created their own courses based on the TV series. Michigan State University added “Surviving the Coming Zombie Apocalypse: Disasters, Catastrophes and Human Behavior” to their course catalog, and Columbia College Chicago created a “Zombies in Popular Media” class.

The eight-week course covering the first half of the season has ended, and the next has yet to be announced, but sign up for the mailing list here for updates so you can join in the intellectual fun on the next time around.

“The Walking Dead” has been a huge success for AMC, breaking ratings records for the network and transcending the horror genre by crossing over into mainstream appeal. With it’s complex issues of morality and themes of post-apocalyptic survival, the series provokes a lot of discussion among fans, and the network added a talk show that airs right after each new installment called “The Talking Dead,” where cast members discuss the episode in depth.

Prepaid Wireless Internet
What Does Net Neutrality Mean For TV?

About the Author
Diana Price

Diana writes about travel and pop culture, and loves the dark underbelly of TV: horror, outlaws and true crime. A few hot guys thrown in the mix doesn't hurt either.