We’re All Infected: Why Walking Dead Fans Are Ravenous 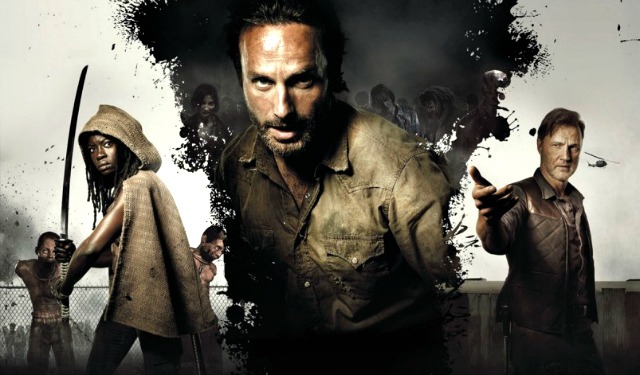 At first glance,The Walking Dead probably looks unwatchable, dumb, and needlessly gruesome — unless you’re one of the growing number of Walking Dead fans. In the wrong hands, zombie stories can definitely be a tasteless gore-fest. But since its proper birth with George Romero’s Night of the Living Dead, the best films about reanimated corpses who eat brains have explored surprisingly deep and interesting subjects. Zombies have always been popular in the horror subculture, so fans of The Walking Dead that already like bloody messes aren’t surprising. But Dead’s channel, AMC, seems to think that their zombie show shares an audience with their other programming, and the reason they give is surprising if you haven’t watched the show. “Walking Dead has a passionate audience base and Mad Men has a passionate audience base,” AMC senior vice-president of marketing Linda Schupack told Show Tracker. “And both of them care about great character drama.” Great character drama? And zombies eating brains? Are you sure? As a fan of both shows, I will tell you that it is true. Instead of a bunch of quickly drawn archetypes stuck in a cabin or a subway station or a mall, one by one getting picked off by the horde, we get to follow the individual journeys of lost souls through a hellscape at once familiar and unrecognizable, and we take lessons back from it. In the cruel world of The Walking Dead, fans learn the worst trait in Dead’s world is an inability to cope with change. Don’t like the way the world works? Too bad. You can’t change it. Miss your dead friend? Sorry, that sucks, but keep moving. The world of The Walking Dead is unrelenting, and everyone in our world can relate to that. Marshall McLuhan famously said, “The medium is the message.” The open-ended storylines of a TV show naturally creates entirely new territory for The Walking Dead to explore, since it doesn’t have to resolve. Unlike a film, which has to get you from “Who are these people?” to “The End” in 90 to 120 minutes, TV has the ability to show you many facets of the landscape, both physical and psychological, that films simply do not have time to explore. Someone can get bitten, and in an instant, a beloved character can be gone. When Lorie died this season, viewers were as shocked as the characters were, maybe even moreso, because this was an actress with top billing on the show who held a central role in the series since the first episode — and they had just killed off Shane, who was the third part of a love triangle that was the central focus of the first two season. In The Walking Dead, fans never know when someone might die off without warning. In this sense, The Walking Dead shares a pedigree with Downton Abbey. (And if you haven’t read this blog’s awesome article about that, what are you waiting for?) Okay, so it’s better than a zombie movie. Why do people like it more than other shows? Well, to start, a great TV show builds suspense. In some ways, The Walking Dead has a cheat for that. You are always in suspense — no matter how mundane the scene, the show constantly has you on edge. For me personally, when people are chatting or fighting and the camera is in a close-up — that’s when I’m most jittery. If their gun is out and they’re expecting danger, I’m less worried they’ll get hurt. So when Andrea discovers Woodbury, you understand why it’s so inviting to her. She hasn’t had the ability to truly relax since this whole thing started. Neither have you. Watching people walking down a street without kicking every door open and sweating off a pound is bizarre. At best, until then, there has been only short breaks in the action — breaks which can end at any moment and without warning. Breaks whose end, for Andrea, have involved the death of a loved one, as in Season 1, when a conversation with her sister, Amy, peacefully floating in a boat on a lake, proves to be their last before Amy dies in her arms following an attack that came without warning or reason. If you have been reading the news lately, you might start to see why so many people can relate to this postapocalyptic land. A place where the people you love can die at any moment, without reason, leaving you without recourse, and with a mute anger and dumb terror that nothing will numb? Sounds familiar. Watching the time and violence wear on these people is fascinating. Like a war with no end, the effects of shock and terror have no time to heal. Some people unravel. Some people can take it, and still others seem to thrive — but no one, not even those that have risen to power, such as Rick or the Governor, have remained unscathed. The Governor, unable to face the loss of his daughter, kept her with her head in a bag. Rick had no time to stop and grieve for his wife. There are zombies to kill. And in Season 3, we face a truth about humanity uglier than any the show has shown us yet, really beginning with Shane’s death. We see that even in a world where every human life is a blessing, even when there is danger lurking behind every corner and there is no telling if the next moment will be your last, still — STILL — power will corrupt us, and in an attempt to seize whatever control over our surroundings that we can, we will fight each other. We will kill each other. That is a truth more horrifying than any amount of zombie makeup. That is a truth that we cannot escape. It is Dead’s willingness to approach these truths, and to deal with these truths with poetic respect, that has created the ravenous hordes that are Walking Dead fans.

4K Television: Is It Worth It?
LeBron James Is the Most Underpaid Athlete

About the Author
Patrick