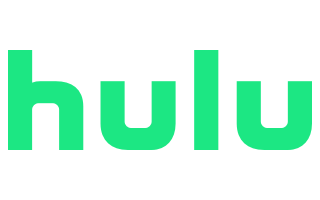 Data effective 5/16/19. Offers and availability may vary by location and are subject to change.

You probably already know Hulu—it’s the on-demand service where you stream TV shows the day after they air or watch originals like Shrill and The Handmaid’s Tale.

But you may not know Hulu + Live TV, the service’s TV-right-now bid to woo you away from cable and satellite. And at a base price of $54.99 a month, Hulu + Live TV has some serious woo.

We were already fans of Hulu’s growing slate of original series, including recent gems like PEN15 and Ramy. Hulu + Live TV sweetens the deal by giving us one less reason to click out of the app to watch a livestreaming channel.

But, Hulu + Live TV doesn’t carry several of our favorite entertainment and sports networks, and availability of local channels is spotty from city to city.

If you’re a Spotify Premium subscriber, there are bundling deals available that get you free basic Hulu. If you’re a college student, that bundle can also include free SHOWTIME.

Data effective as of 05/16/2019. Offers and availability may vary by location and are subject to change.

The difference between classic Hulu and the newer Hulu + Live TV is made reasonably clear in the titles: Hulu is the original on-demand programming model (like Netflix and Amazon’s Prime Video); Hulu + Live TV adds livestreaming cable and broadcast channels (as YouTube TV and fuboTV do).

The common ground: Hulu on demand is a part of Hulu + Live TV, with no separate service hassles or secondary apps.

Like other livestreaming services making moves into cord-cutter territory, Hulu and Hulu + Live TV don’t deliver all the entertainment and sports options you may want. But together, they come closer than most—and don’t forget the endless buffet of Seinfeld episodes.

Before it began producing its own original series and movies, Hulu was best known as a destination to watch TV classics and new network shows after episodes aired on regular television (the dawn of cord-cutting, in other words).

This still applies today—you can see new episodes of ABC, NBC, and Fox series on Hulu soon after they air. CBS and The CW aren’t as available through Hulu as they once were, though, thanks to CBS All Access and The CW’s free streaming app.

Shows from Comedy Central, Adult Swim, and other cable networks turn up post-broadcast on Hulu, as do many recent theatrical release movies.

The Handmaid’s Tale is Hulu’s biggest original success, and in-house productions like Marvel’s Runaways, Future Man, and Shrill aren’t far behind rivals like Netflix Originals. Hulu has been producing its own content since 2012, with an equal number of hits and misses.

Hulu doesn’t crank out original content with the same frequency of Netflix, but its series and documentaries generate serious buzz. In 2015, Hulu scored its first Golden Globe nomination with an under-the-radar comedy called Casual years before The Handmaid’s Tale debuted.

Think of the children: You can set up a child-specific user profile in Kids Mode, and Hulu will abide by whatever universal age restrictions you’ve already set up on your streaming devices for li’l Tanner and Sienna.

Aside from five seasons of Friday Night Lights, you won’t find much in the way of sports on Hulu—but Hulu + Live TV is another matter. Live regional and college ball get plenty of play, and several of the bigger sports networks are repped in the channel grid.

Hulu + Live TV features over 60 entertainment and sports channels, including most popular cable networks, as well as local stations that carry ABC, CBS, FOX, NBC, and The CW.

But local channel availability varies greatly by area, and very few ZIP codes get all of them—check with Hulu for what’s available in your area. Sorry, Riverdale fans: The CW is the least-available livestreaming channel on Hulu Live lineups across the US. Double sorry, Antiques Roadshow buffs: PBS isn’t on Hulu Live or any other livestreaming service.

MIA CW? If Hulu Live doesn’t get the live channel in your area, you can still catch The CW’s stream of all of its shows the day after airing for free through its app and website. For other missing local channels, there’s always the over-the-air antenna solution.

You can customize any Hulu plan with premium add-ons like HBO, CINEMAX, SHOWTIME, and STARZ.

Combine Hulu or Hulu Live with another streaming service

If Hulu doesn’t give you everything you want, try pairing it with another streaming service to fill in the blanks—you’ll probably still save money over a cable or satellite subscription.

Hulu + Live TV’s included cloud DVR gives you 50 hours of storage for recording live shows. Not bad, but, unlike other cloud DVRs, you can’t fast-forward through commercials.

Skipping through commercials on recorded shows is allowed if you opt for the $14.99 a month Enhanced DVR that comes with 200 hours of cloud storage. That many hours seems excessive, until you realize how quickly nine seasons of Bob’s Burgers can pile up (that’s 80 hours of hamburger puns, FYI).

For an additional monthly $9.99, you can upgrade to unlimited simultaneous Hulu Live streams. That’ll get you watching on multiple TVs and up to three mobile screens—as long as they’re all on the same home Wi-Fi network.

Yes, you read that right. So even if your mom across town has the password to your account, she’ll have to wait to watch Blue Bloods.

While the classic Hulu app is available on almost every streaming TV device out there, not all of them support the Live TV function.

Hulu + Live TV is supported on these devices:

Hulu + Live TV streams at 60 FPS (frames per second), which lines up with the HD picture quality you’re used to with other services.

Likewise, Hulu’s connection quality is consistently strong, with little buffering or interruptions. If you’re binge-watching the first season of ER and George Clooney looks a little fuzzy, it’s only because it was filmed in 1994.

On the sound side, most of Hulu’s content, both its on-demand library and live channels, streams in 2.0 stereo audio. Some on-demand shows and movies support Dolby Digital Plus 5.1 Surround Sound—if your device can handle it. Audiophiles may want to locate their device’s manual.

For Hulu devotees, there’s even more to like about Hulu + Live TV, especially if you’ve been looking for an excuse to cut the cord completely.

It’s missing a few key entertainment and sports channels but, at $54.99 a month—which includes the content-loaded, on-demand Hulu experience—Hulu + Live TV offers more than cable or satellite ever could at the same price.