Jump to:
New TV this week
New movies this week
Our top What to Watch picks

Curious about what to watch next? Overwhelmed with choices? Check out our TV and movie recommendations for this week below. You can also skip down to your favorite TV streaming service to see what new TV series and movies to watch or use our simple tool to help you identify the perfect show for you at the bottom of this page.

What to Watch | TV

Docuseries premiere, Monday, April 12: Need another murder documentary in your life? Because Pray, Obey, Kill, about an execution in a small Swedish village in 2004, has it all: religious symbolism, love triangles, creepy video footage, and a nanny who receives text messages from God to go forth and stab. Behind it all is a leader who calls herself “The Bride of Christ,” which somehow isn’t the show title. For fans of Making a Murderer, Murder Among the Mormons, and Wild Wild Country.

Spring premiere, Tuesday, April 13: One of the fall season’s surprise hits—well, not really, since the competition was scarce—returns after two months off. Big Sky follows a series of kidnappings along a remote Montana highway while showing off some Twin Peak-sy quirks and zero qualms against killing off major characters unexpectedly. The final episodes of season 1 not only race to capture the road kidnapper, but also introduce more Big Bads. For fans of Bloodlines, Fargo, and Twin Peaks.

Drama series premiere, Sunday, April 18: Returning to the HBO small screen for the first time in 10 years, Kate Winslet stars as Mare Sheehan, a small-town Pennsylvania detective. As with all private investigators in downbeat murder shows, Mare’s brilliant detective skills are offset by a distraught personal life, but she still has a missing-person case to solve and messy buns to wear immaculately. Also starring Guy Pearce, Julianne Nicholson, and Jean Smart. For fans of The Bridge, The Killing, and True Detective.

Sign up for our newsletter to stay tuned for the latest recommendations plus deals, contests and more.

What to Watch | Movies

Into the Beat | Netflix | Drama, romance

Movie premiere, Friday, April 16: The story is all-American familiar—a teen ballerina gets wrapped up in hip-hop dancing and a cute hip-hop dancer—but Into the Beat is a German production, so don’t mind the English dubbing. Will ballerina Katya throw away years of classical training to follow her new dance passion? Do her stern parent even understand true love? How many dance montages are too many? Answers to be revealed. For fans of Honey, Save the Last Dance, and Step Up.

Watch Into the Beat

Movie premiere, Friday, April 16: Sure, you’ll believe Sebastian Stan as a superhero with a metal arm in Marvel’s The Falcon and the Winter Soldier, but how about as an American DJ spinning at resorts across Greece? Yeah, kind of a stretch. When Mickey (Stan) meets Chloe (Denise Gough), an American lawyer on holiday, sparks fly and their whirlwind romance becomes a permanent vacation against gorgeous scenery. . .until it doesn’t. For fans of 500 Days of Summer, Ibiza, and Safe Haven.

Movie premiere, Friday, April 16: Originally released in China in 2019, The Rookies teams up an extreme-sports athlete, a cop, a scientist, and a doctor to take down a terrorist organization because why not? Milla Jovovich also stars in this live-action cartoon that’s more about visceral action than coherent plotting, but The Rookies is fast fun as long as you don’t think too hard about it. For fans of Kingsman: The Secret Service, Mission: Impossible, and Space Sweepers.

Our top TV and movies picks

Universal advice on what to watch for all people at all times is impossible, but we’ve assembled some of our current TV and movie favorites that we think you might dig (if not, give us yours—we’re cool with that).

What to watch on Netflix

Netflix is the 8,000-pound gorilla of streaming, a content cannon that generates more original shows and movies than even TV professionals like us can keep up with. Not everything that comes after the big “N” (dun-dun!) is top-shelf entertainment—ever seen The I-Land or Fuller House?—but Netflix’s batting average is still pretty impressive.

What TV shows are on Netflix?

What movies are on Netflix?

What to watch on Hulu

Hulu has broken away from Netflix’s shadow in recent years as a competitive original content producer—in quality, at least; no one can keep up with Netflix’s quantity. The addition of FX on Hulu, a joint venture that streams FX shows the day after broadcast and provides original FX exclusives to Hulu (like sci-fi thriller Devs), is a new premium milestone in streaming TV.

What shows are on Hulu?

What movies are on Hulu?

What channels are on Hulu Live?

Hulu has serious on-demand content, but Hulu + Live TV ups the game with a livestreaming TV channel lineup that works like cable (without the cable). In addition to local channels like FOX and NBC, Hulu + Live TV also features Bravo, ESPN, FX, Syfy, TNT, and over 50 more.

Does your streaming quality suck?

Find a faster internet provider near you now.

What to watch on Amazon Prime Video

Prime Video, Amazon’s on-demand streaming service, is home to thousands of new and classic movies, but it’s also making waves with its original shows and films. The Marvelous Mrs. Maisel hit first, and recent originals The Boys, Hunters, and Upload have earned some critical nods.

What TV shows are on Amazon Prime Video?

What movies are on Amazon Prime Video?

What channels are on Amazon Fire Stick?

Amazon’s Fire TV streaming devices, which include the Cube and the Stick, have hundreds of channels (a.k.a. apps) available for on-demand and livestreaming TV. Prime Video is in the mix (of course), as are Netflix, Hulu, HBO, YouTube TV, Sling TV, Philo, Pluto TV, and plenty more.

What to watch on HBO

HBO is synonymous with “prestige TV,” cranking out critical favorites and cultural phenomena year after year—Game of Thrones and Curb Your Enthusiasm probably couldn’t have happened anywhere else. HBO’s new streaming counterpart, HBO Max, is taking it to the next level.

What TV shows are on HBO?

What movies are on HBO?

Want HBO with your cable?

Find a cable or satellite TV provider that carries HBO near you.

What to watch on HBO Max

HBO Max is HBO’s new streaming-only service, featuring movies and TV series you can’t get on HBO (or elsewhere), as well as exclusive Max Originals (like Ridley Scott’s Raised by Wolves and Seth Rogan’s An American Pickle). It costs the same as regular HBO and is available on most streaming devices.

What TV shows are on HBO Max?

What movies are on HBO Max?

What to watch on Disney Plus

Disney+ arrived on the streaming TV scene in December 2019 and became the service to have overnight. With an overwhelming library of Disney classics, the Star Wars, Marvel, and Simpsons universes, and original hits WandaVision and The Mandalorian, Disney+ is a steal at $7.99 a month.

What TV shows are on Disney Plus?

What movies are on Disney Plus?

What to watch on Peacock

What TV shows are on Peacock?

What movies are on Peacock?

Psych 2: Lassie Come Home | Comedy, mystery | For fans of Psych, The Mentalist, Sherlock
Reservoir Dogs | Action, drama | For fans of Fight Club, Pulp Fiction, Snatch
Trolls World Tour | Animated | For fans of The Croods, How to Train Your Dragon, Trolls
Won’t You Be My Neighbor? | Documentary | For fans of A Beautiful Day in the Neighborhood, Free Solo, RBG
Zombieland | Action, comedy | For fans of 28 Days Later, Happy Death Day, The Walking Dead

We can help you find one in your area now. 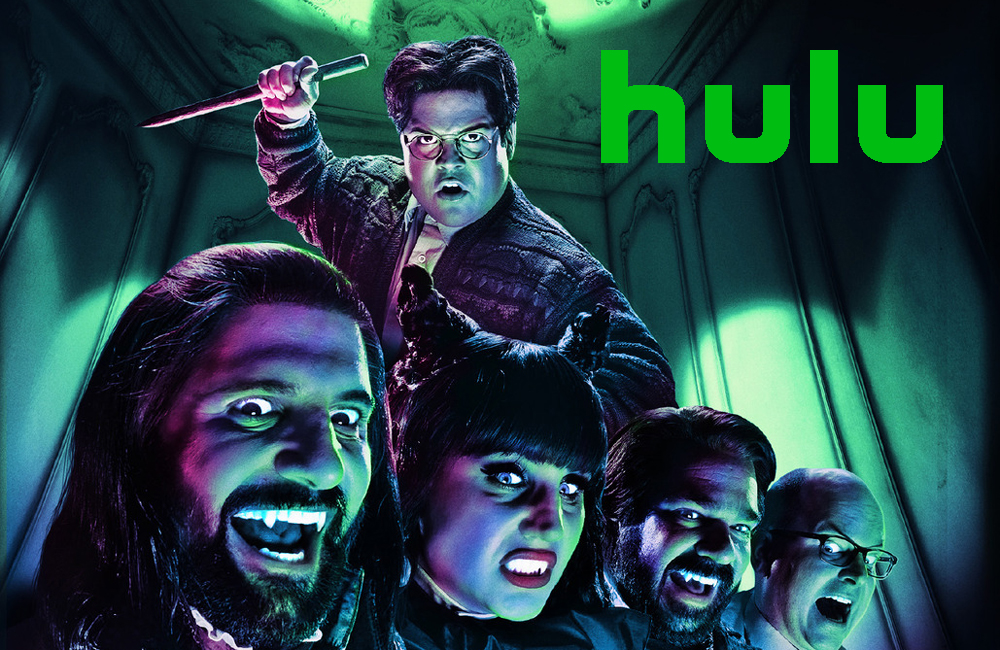