How to watch cable TV on the go with your iPhone

Cable apps offer extra features to people with an existing cable subscription. However, many of them also require you to subscribe to the provider’s internet service to unlock all the features. If you’re bundling your services, this won’t be a problem. But if you’re not bundling, know that you’re going to miss out on some things. For example, often you can’t access the full TV channel lineup without being on the provider’s internet connection. For the iPhone, TV apps tend to fall into three major categories: cable provider apps, streaming service apps, and network apps. Each offers something a bit different, so we’ll walk through them to help you see which is the best choice for you. 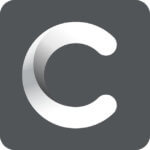 Cox’s Contour TV app for iPhone provides the basic services you would expect from a cable app—live and on-demand TV and movies, a thorough TV guide feature that lets you see when your favorite shows are airing next, and the ability to watch TV on the go. You are limited in what you can watch away from home, though, as mentioned in the introduction. The app is also oddly missing a DVR control function. To get that, you need to download a separate app: Cox Connect. The fact that the DVR features can only be accessed through a separate app contributes in part to Cox Contour’s extremely low rating (just 1.5 stars . . . ouch) in the App Store. View Cox Plans 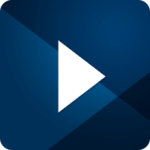 The Spectrum TV app covers the customers of three now-merged providers—Charter, Time Warner Cable, and Bright House Networks. Customers can enjoy up to 300 channels of live TV and a whopping 25,000 on-demand shows and movies—but only if they’re connected to their home Spectrum Wi-Fi network. However, you still get a good selection when you’re out and about, with up to 120 live channels and a still-whopping 17,000 on-demand titles. Additionally, you’ll get a useful TV guide feature, and, unlike the Contour app, this app does allow you to control not only your DVR, but also your set-top box. This can be highly convenient, especially if you tend to lose your remote. View Spectrum Plans 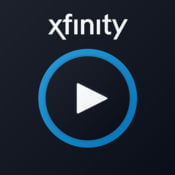 The XFINITY Stream app offers a large selection of channels, even when you’re not at home—up to 180, depending on your cable package. You also get access to the large XFINITY On Demand library and can download select titles to your phone to watch without an internet connection. This is especially useful for traveling situations where you might encounter long stretches with no service. The app can be used to program an X1 Cloud DVR, but it goes one step further: you can also watch any of your saved programs right from the app. Similar to the on-demand programs, you can download your DVR recordings and watch them without an internet connection, making this app an incredible convenience for people on the move. When you’re connected to your home XFINITY Wi-Fi connection, you can unlock the full library of channels and on-demand programs, including streaming any rentals directly through the app. View XFINITY Plans 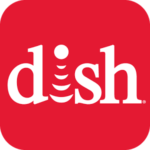 The DISH Anywhere app offers subscribers the ability to watch all their subscribed DISH channels right on their phone, regardless of whether they’re at home or not. Users can browse the channel guide to see what’s playing when. The app also provides DVR-management capabilities, such as scheduling recordings, managing recording conflicts, and deleting and organizing your recorded shows. Like the XFINITY app, DISH Anywhere lets you transfer DVR recordings to your phone to watch offline, making it a great companion for road trips or flights. DISH also allows sports fans to follow their favorite teams, with continually updated scores and game info for the NFL, NBA, MLB, and several other pro and college leagues. You can even set the app to give you push notifications, so you can stay updated without constantly checking the app. View DISH Plans 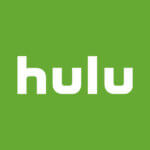 Hulu is a subscription-based streaming service that offers a wide variety of TV shows and movies for a relatively low monthly fee. There are two tiers: Limited Commercials and Commercial Free. The Limited Commercials plan is $7.99 per month, while Commercial Free is $11.99 per month. Both tiers offer the same programming, which is a mixture of network television shows and original content exclusive to Hulu. One thing to note is that Hulu does not offer live broadcasts. There will be a delay of at least a day before a new episode of a show is uploaded to Hulu and available to stream. The company demoed a live TV service  at CES this year, but the project is still in the works. 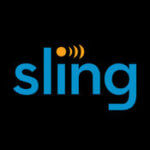 Sling TV aims to be more of an outright cable replacement than Hulu does. With Sling TV, you choose from a handful of packages that offer regular cable networks such as ESPN, AMC, CNN, Comedy Central, and others. You can then watch those channels on a connected TV or mobile device, like your iPhone. You can also add additional channels to the base packages for a small extra fee. These add-on packages range from sports to children’s programming to HBO, as well as a wide selection of Spanish packages. Although the cost is considerably less than a typical cable subscription, you’ll also miss out on a lot of variety in the channel selection, including the on-demand libraries and other features that cable companies usually offer. Whether or not it’s a viable replacement for your cable subscription depends on your viewing habits, but with packages starting at $20 a month, it’s probably too expensive of an option to act as a supplementary service like Hulu.

Nearly every network offers an app that allows you to watch their programming on your iPhone, including Discovery Channel, HISTORY, HBO, NBC, and ESPN. Some of these apps require an existing cable subscription before you can watch anything on them, but others allow you to watch a selection of shows without one. So if you only watch a handful of channels, these apps can be a decent alternative to the apps provided by cable companies. If you’re a channel surfer, though, you’re probably better off sticking with your provider’s app.

Which TV App Is Best for You?

If you already have a cable subscription, take advantage of the app your provider offers since there’s no extra fee involved. If mobile TV is a big priority for you, it’s worth noting that XFINITY and DISH stand out as offering superior features and app experiences. You can supplement these with network apps or Hulu if you want some additional options. Sling TV is more of a cord-cutter’s service, but with a limited channel selection, it might be a tough sell. Find and compare cable TV providers available in your area: *CableTV.com has conducted impartial research to recommend products. This is not a guarantee. Each individual’s unique needs should be considered when deciding on chosen products.
Most Popular Disney Channel Original Movie by State (Map)
Best Cable TV Apps for Your Android