Dream Job: Get Paid to Watch Your Favorite TV Series

In no particular order, we present to you the CableTV.com temporary not-really-but-kinda interns of 2020: two nurses and three furloughed workers.

A born-and-raised Clevelander, Abby eats, sleeps, and breathes Cleveland sports, especially the Browns. In her spare time, Abby enjoys knitting, cooking and relaxing in front of the TV, most recently finishing The Sopranos. Disappointed by the abrupt series finale, Abby is eager to begin watching Breaking Bad for the CableTV.com Dream Job with high hopes for a satisfying conclusion to the series.

Hello! My name is Helen Irene Muller, and I am a freelance stage manager based in NYC. I am originally from Anchorage, Alaska, and I return home frequently to see my mother, father, Nana, and little corgi Lena!

Before the shutdown, I worked on theatrical productions around the city, and most recently on Broadway with A Soldier’s Play at Roundabout Theatre Company. Like many in my field, I am now killing time in my apartment since each show I had booked over the next six months has of course been cancelled.

During these uncertain times we have all become desperate to consume the arts, especially film and TV. In the absence of human contact, TV characters have the tendency to become valued friends. Amidst the increasingly concerning political scenario of this time, I want to return to the comfort of Josiah Bartlet’s presidency as profiled in The West Wing—because we have to stay confident that the system can work.

As President Bartlet said, “Joy cometh in the morning, scripture tells us. I hope so. I don’t know if life would be worth living if it didn’t.”

Hi, everyone! My name is Katarina and I am currently living and working in New York as a registered nurse. My husband and I are also expecting our first child due this fall!

Obviously, these are very challenging times for everyone. I have witnessed firsthand how the COVID-19 crisis has affected my colleagues, community, and loved ones. It will take time, but I know our country will get through this together. I saw this dream job in the news and thought it would be the perfect way to break the routine I was finding myself caught up in during quarantine.

I am a reality TV connoisseur and a qualified couch potato, so I figured I might be a good fit! My family and I will be bingeing Amazon’s new series Upload. Follow along on Twitter. Thank you so much to the CableTV.com team for this opportunity!

Hi, my name is Mike Winans, I am 30, and I live in Boston, MA. I am so thrilled to be a participant in the dream job! My wife (Alina Winans) is an emergency medicine resident doctor at Beth Israel Deaconess Hospital in Boston, and we spend a lot of our time together when she isn’t at the hospital, watching shows. We usually watch with our cat (Wally Winans) close by our side. Our favorite TV show is Game Of Thrones. I’ll be posting about our watch on Facebook! 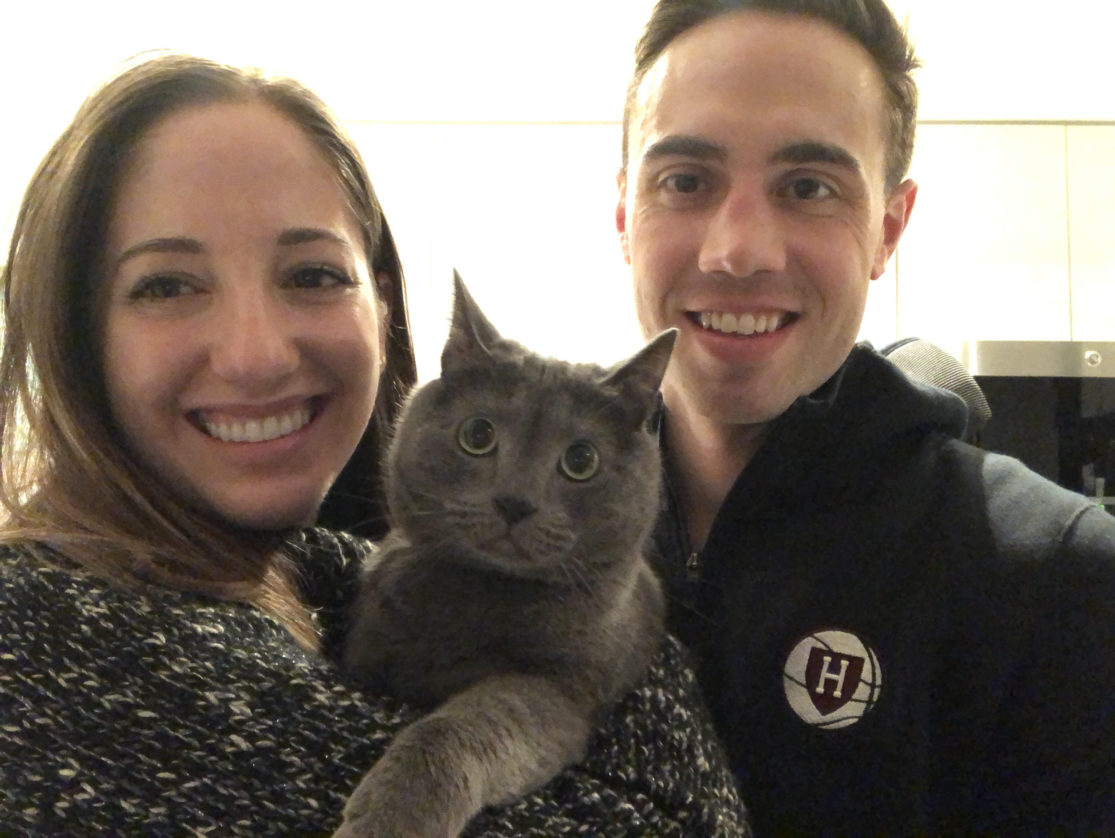 Hello! My name is Shana. I am grateful to have found my passion for caring for others, which has led me to work as a registered nurse for 28 years.

Throughout my career I have experienced many challenges: COVID-19 has been the most recent challenge as it affects us all. As we all come together to meet this challenge, I believe we will find new ways to connect with each other and find innovative solutions to the difficulties we face. I know that we will succeed as a community, country, and globally.

I saw the CableTV.com dream job on the news and thought it would be a perfect way for me to relax after a stressful day at the hospital. I must admit that I tend to binge watch when I find a show I’m interested in. I tend to really enjoy science fiction, mystery/crime series, and documentaries. Follow along with me on Twitter or Instagram as my family watches Messiah on Netflix. Thank you CableTV.com team for this amazing opportunity. Bring on the popcorn!

Congratulations to all of our dream job winners! To everybody else: Stay safe, watch TV, and we’ll see you on the other side of the pandemic.

Hey. What are you up to lately? Staying home and watching TV?

So is everyone at CableTV.com—but it’s our job.

It could be your job too: we’re paying up to five people $2,000 each to watch every episode of every season of their favorite TV series.

Who we want to hire

The successful candidate for this dream job will have a bachelor’s degr— jaaaaaay-kaaaaaay. You can be a third-grade dropout and qualify—as long as you’re 18 years old, eligible to work in the US, and an active social media user.

Then, if you’re hired, all you gotta do is sit on your cheeks, watch TV, pig out, and post about it on Instagram or Twitter (remember to tag @CableTV).

What you’ll be watching

What’ll you watch? It’s up to you.

Ideally, you’d pick your favorite show because who doesn’t want to get paid to watch something they love? But smart business peeps could screen the lone season of Freaks and Geeks and be done with this temp gig in only 13.2 hours (hourly wage: $151.52). Labor-of-love types could view all 679 episodes of The Simpsons and not care that they’ll make only $8.02 an hour.

But the cool thing about this dream job is that it’s not real work. You make your own assignment, which determines your hourly wage. For example, here’s what you’d make by watching these popular shows:

Awwww, yeah. Imagine how sweet it’d be to brag about making more per hour watching your favorite TV show than you do at your real job. On top of that, there’s no background check, no drug test, and no dress code. No pants? No problem.

In addition to the $2,000 paycheck, you five lucky homebodies will get a lovely welcome package containing things to make your working conditions positively posh:

UPDATE: The dream job post is now closed. Thank you for applying. We’re gonna spend the weekend going through 7,000 applications so we can announce winners on Monday, Apr. 27. What are your plans? (You know, besides watching TV and dreaming of getting paid for it.)

To be considered for this cushy temp job, please fill the application below and tell us in approximately 200 words why you are one of the five bright go-getters we seek.

Tell us why you’d be a good fit for the gig. Show us how your personality pops—and where on social media you pop it.

19. CableTV.com reserves the right to cancel or amend this Dream Job and these Terms and Conditions without notice.

20. CableTV.com’s decision in respect of all matters to do with the Dream Job will be final and no correspondence will be entered into.

21. The Dream Job and these Terms and Conditions will be governed by Utah law and any disputes will be subject to the exclusive jurisdiction of the courts of Utah.

22. By submitting an application for this Dream Job, applicants agree to be bound by these Terms and Conditions.