Availability, channels, and speeds displayed are not guaranteed.

Welcome to Las Vegas! We know you’re eager to hit the jackpot and buy a tiger, but let’s get your internet and TV service sorted out first. Priorities, y’know?

What are the best TV and cable companies in Las Vegas?

What are the best internet providers in Las Vegas?

Here’s the bad news first: it’s slim pickings for internet service in Las Vegas. CenturyLink provides DSL and fiber internet to 99.3% of the area, while Cox covers 74.9% of Vegas with cable connections.

Only two major internet service providers in Las Vegas? You’d think that more providers would be scrambling to service the popular tourist town’s permanent population. But that’s the awesome power of the telecom mafia.*

But it’s not like you don’t have any alternatives. You can get fixed wireless from Rise Broadband or LV.Net, which is fast and reliable but possibly more expensive than DSL. Or you can try satellite internet with HughesNet or Viasat, but it’s gonna be slower and more expensive.

So use fixed wireless or satellite only as a last resort, like if you live in a desert trailer and can’t get anything else.

You might be a bit confused that CenturyLink, a DSL and fiber internet provider, offers satellite TV. That’s because CenturyLink’s TV service is through DIRECTV.

Satellite TV is available in both the city and the country, and it works the same wherever you live. So you’re gonna be fine with any of these four Las Vegas–area TV providers.

Both CenturyLink and Cox have internet, phone, and TV service in double-play or triple-play bundles.

An advantage of bundling with CenturyLink is that its DSL plans include its Price for Life guarantee. That means your rate won’t increase for as long as you have your plan. Price for Life, however, covers only the internet and phone part of your bundle—not DIRECTV service. But it’s still a decent deal.

These are our favorite internet-TV double-play bundles from CenturyLink and Cox. We recommend CenturyLink over Cox if you can get its fiber plans in your area. Fiber is just a faster, more reliable way to connect. And you gotta love its matching upload speeds.

Just when you think you know Las Vegas, you find out that the City of Sin’s favorite TV channel is. . . the Nat Geo Channel. (Well, you gotta learn how to care for that tiger somewhere.)

And since there’s no such thing as BankrupTV, Freeform (formerly ABC Family) is second-most popular, while FOX (KVVU) is the third.

In the sports category, Las Vegans prefer the NFL Network, NBC Sports Network, and ESPN 2 for their hot sportsball action.

Data as of 04/20/20. Offers and availability may vary by location and are subject to change.

But is there a TV package that has all of Las Vegas’s beloved channels? You bet your fuzzy dice there is—check it out:

Data effective 4/20/20. Offers and availability vary by location and are subject to change.
† for 12 mos. plus taxes and RSN fee
‡ for 24 mos. New customers only. All offers require a 2-year commitment with early termination fee and eAutopay. Price includes Hopper Duo for qualifying customers.
††For the first 12 months.

Out of these three packages that include the most popular channels in Las Vegas, DIRECTV’s CHOICETM is the best value. It has 185+ channels, a shorter contract than the others, and you can bundle your DIRECTV package with internet (DSL or fiber) and home phone service through CenturyLink.

Here’s where you can watch them on TV—and what TV packages carry all the required channels.

How to watch Las Vegas sports

Data effective 04/20/20. Offers and availability vary by location and are subject to change.
† for 12 mos. plus taxes and RSN fee ($9.99/mo.).
‡ for 24 mos. New customers only. All offers require 2-year commitment with early termination fee and eAutopay. Price includes Hopper Duo for qualifying customers. RSN Surcharge up to $3/mo. applies to AT120+ and higher packages and DishLATINO Dos and Max packages and varies based on location.
§ For the first 12 months. Regional Sports Surcharge (up to $10.00, depending on Cox market)

Vegas Golden Knights fans have one choice for watching their favorite hockey team on TV: the regional sports network (RSN), AT&T SportsNet. Cox, DIRECTV, and DISH all charge an additional monthly fee for access to RSNs, including SportsNet.

How to stream local games

If you’re trying to watch all the sports, livestreaming TV services and virtual private networks (VPNs) make a great team.

We think that Sling TV is the best streaming service for sports. For $60 a month, you can get Sling’s Orange & Blue plan ($45 per month) and its Sports Extra add-on pack ($15 a month) for tons of live sports. Also, Sling often offers new customers free over-the-air (OTA) antennas and even streaming devices like the Amazon Fire Stick.

If you pair Sling TV with Express VPN, you can watch out-of-market games too. Just be careful, ‘cause it’s technically cheating and your TV provider(s) might kick you out of the game. 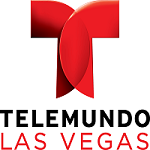 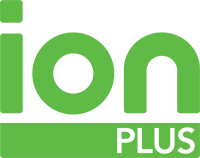 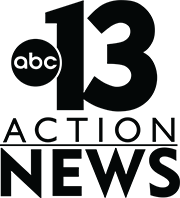 The following packages have all or most of the Las Vegas local channels listed above:

How to watch local channels for free

You wanna watch local channels for free? Get yourself an over-the-air (OTA) antenna and, for a one-time purchase fee, you’ll get all of the local network affiliates, independent channels, and more.

We suggest the Mohu Leaf 50. At this writing, you can get one for only $57.85 on Amazon. It’s quite simple to install, and it’ll pick up every free broadcast channel within 50 miles of your location. Best of all, there’s no monthly TV bill.

Find a provider store near you in Las Vegas

What are you gonna do when you’ve spent all your money on a tiger (her name’s Queen Thicc-toria, btw) and can’t afford to pay your internet or TV bill? It’s probably better to ask for help in person at your provider’s office.

The map below shows you which providers have brick-and-mortar stores:

Las Vegas stores near you

CableTV.com cannot guarantee that all the information displayed below is accurate.

Select a provider
Sorry, no stores were found near zip code 89101 for the provider selected.

Who has the best internet service in Las Vegas?

CenturyLink has the best internet service in Las Vegas, with fiber internet that offers download and upload speeds up to 940 Mbps for $65 a month.

If you can’t get fiber, try Cox’s cable internet service. Its download speeds get up to 940 Mbps, but the upload speeds top out at 35 Mbps.

Who has the fastest internet in Las Vegas?

CenturyLink has the fastest internet in Las Vegas.

What is the best internet provider in Las Vegas?

Also, CenturyLink’s DSL plans come with a Price for Life guarantee, which means your price won’t change as long as you have your plan.

Cable is faster than DSL, though. So if you can’t get CenturyLink fiber where you live, go with Cox. It has download speeds up to 940 Mbps (but, again, much slower upload speeds).

Internet in Las Vegas costs anywhere from $19.99 to $150.00 per month, so it depends on which type of internet connection you want. CenturyLink has fiber (the best and fastest type) for $65 a month. You’ll get up to 940 Mbps download and upload speeds.

What cable companies are in Las Vegas?

Cox is the only cable internet and TV company in Las Vegas. But CenturyLink offers DSL and fiber internet, plus satellite TV through DIRECTV. And, of course, you can go straight to DIRECTV—or DISH—if you want only satellite TV service and no internet connection.

At CableTV, we compare major TV and Internet Service Providers to help you decide on which is right for you. Here’s a quick look at our findings for :

DISH vs. DIRECTV
DISH is a better value than DIRECTV, and its Hopper 3 DVR outperforms DIRECTV’s Genie. DIRECTV, however, has more HD channels and better content for sports fans.
Read More

CenturyLink Review
CenturyLink’s Price for Life guarantee is great, but its customer-satisfaction scores aren’t. But the company has no contracts, so there’s no risk.
Read More

Cox Review
Cox has a wide range of bundling options for internet, TV, phone, and home security. Internet is the only Cox service we’d recommend on its own, though.
Read More