We’ve researched the best surround sound systems for beginners and compiled this guide to help you shop. 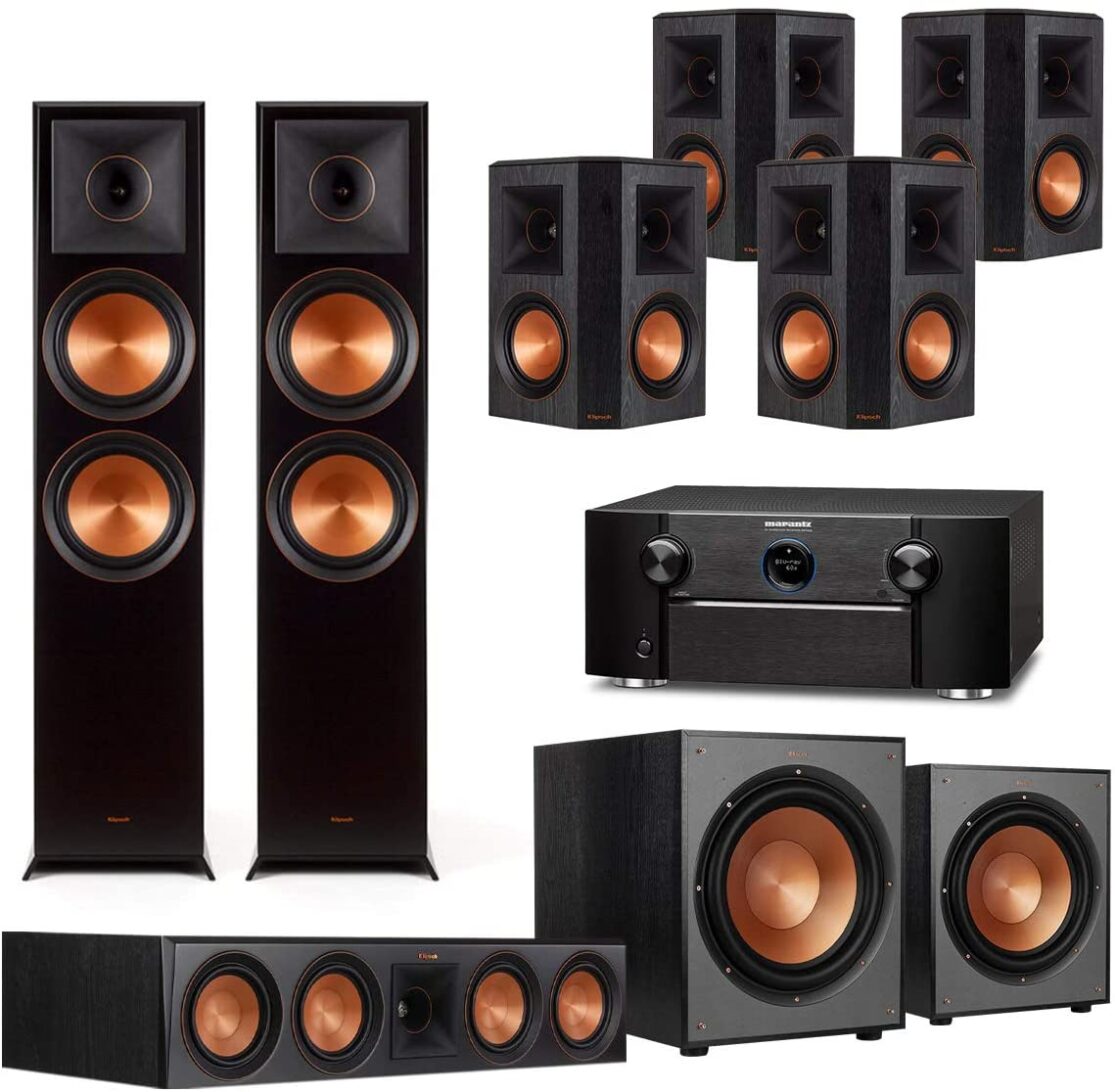 View on Amazon
Jump to review
Best bang for your buck 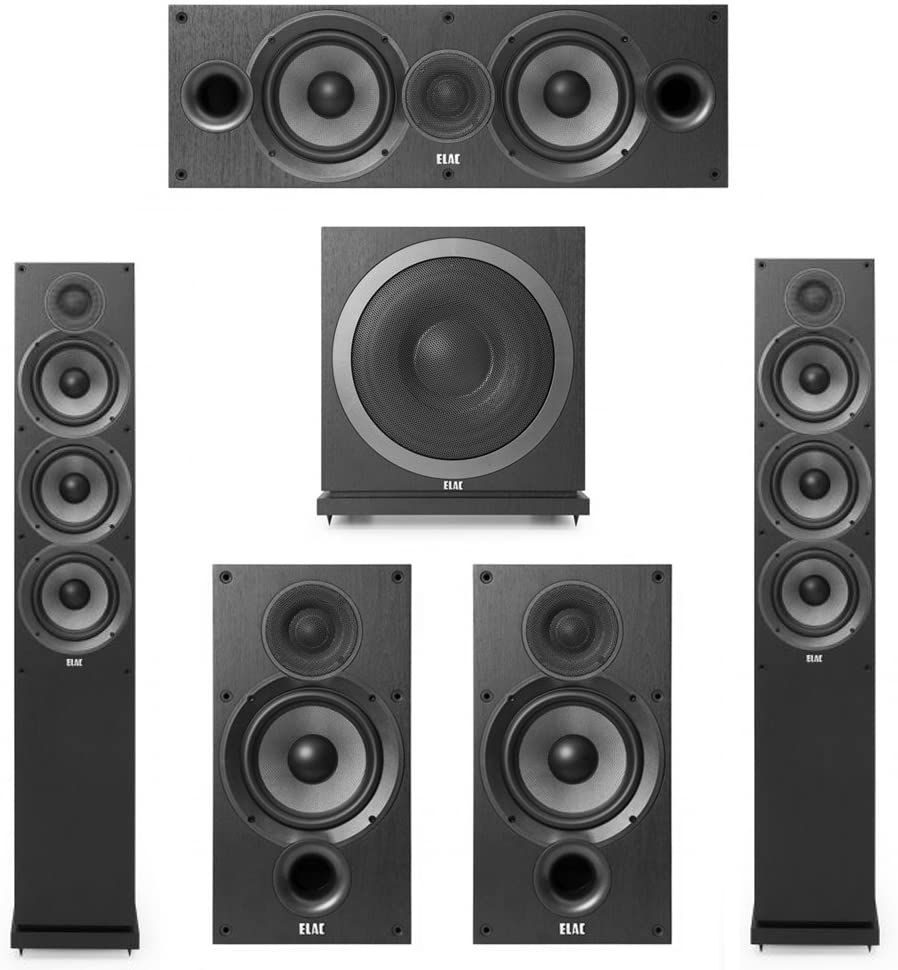 View on Amazon
Jump to review
Best for small spaces 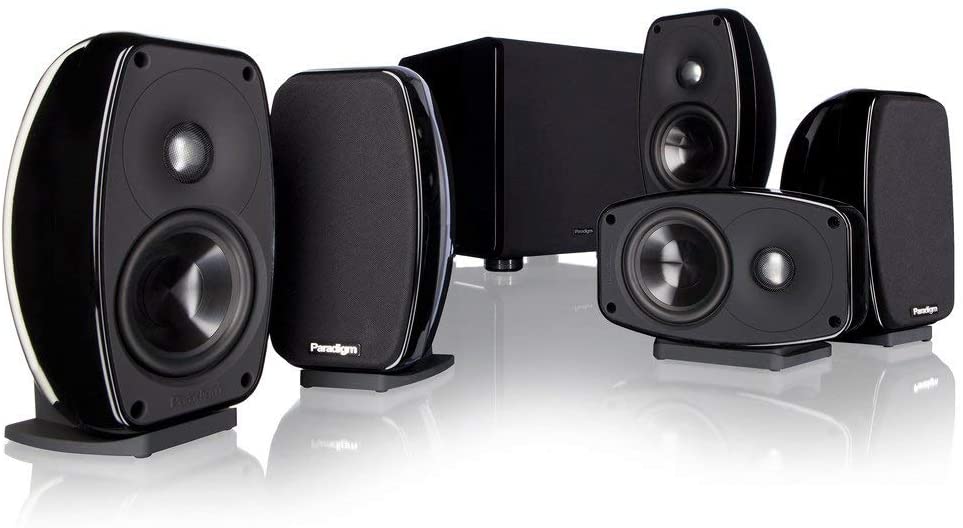 View on Amazon
Jump to review
Best for mid-sized rooms 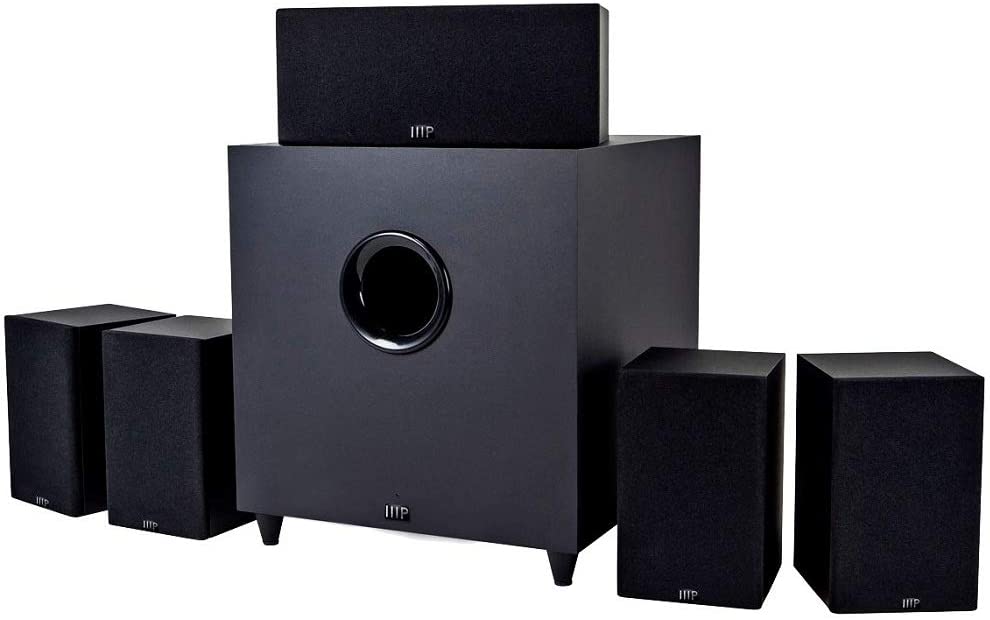 Data effective as of 11/20/20. Offers and availability may vary by location and are subject to change.
CableTV.com utilizes paid Amazon links.

There’s a lot to choose from when picking out a surround sound system. If you want the very best sound for your home theater setup, we recommend the high-end Klipsch 7.2.2 System. It delivers a smooth, multi-dimensional Dolby Atmos sound that even some movie theaters can’t live up to.

Because high end also means high in price, we’ve laid out several other options that might fit your budget more appropriately.

Is a surround sound system worth it?

In TV and film, sound adds dimension to a scene. It lets you know where sounds are coming from, drawing you deeper into what you’re watching. So good on you for upgrading your to surround sound—your home theater is about to sound more like a real cinema.

Here’s a preview of our picks from most expensive to most affordable. Click the links to jump straight to each system’s section.

A surround sound system makes watching movies at home like watching movies . . . at the movies. Systems consist of five or more speakers and a subwoofer, and they require an audio/video receiver (AVR)—sold separately—to function.

There are many possible speaker configurations, but the most common is 5.1 channel, consisting of five speakers and a subwoofer. A 7.2.2 channel system has seven speakers and two subwoofers—and the third number tells you that two of the speakers (not the subs) should be installed above ear level for a 3D effect.

We discuss configs more below in the section about audio/video receivers.

With sound systems, you get what you pay for. But just because you can’t spend a fortune doesn’t mean you can’t get a great sound system.

Then again, if you have the extra money, there are some sweet setups out there that’ll enhance your home theater experience and shake your neighbors’ teeth loose.

A soundbar is an all-in-one speaker that sits in front of, and plugs directly into, your TV—no AVR required. Some offer “virtual surround sound” with an included subwoofer or the ability to add extra speakers.

Actual surround sound systems, however, have superior sound. And you can find surround systems like the Monoprice 10565 Premium 5.1 for the same price as some higher-end soundbars.

If you can handle self-installation (or the cost of pro installation), we recommend going with a surround sound system instead of a soundbar.

This Klipsch surround sound system is the biggest and baddest on our list—and the only one to include an A/V receiver. But its price makes it the best pick for only the most well-heeled home theater junkies.

We could’ve recommended a bigger and more expensive rig, but this 7.2.2 Dolby Atmos configuration is already an awesomely ridiculous starter setup.

Moderately priced for such an advanced sound system, the ELAC Debut 2.0 sound system brings together some of the highest-rated ELAC speakers on Amazon. It’s also the best system for those who want premium power for a good price—even if that price is still a little high.

At nearly $2,000, it’s still on the expensive end—but the quality justifies the price. It’s probably a much better choice for your first system. Save the extra $4,000 for your next one.

It can be hard to find a surround sound system that’s not too cumbersome or loud for apartments, dorms, and roommate situations. But this compact and robust system offers the best of both worlds.

It comes with five identical satellite speakers that can work in any position, including center channel. We’d prefer that it had a dedicated speaker designed expressly for the center channel instead of the same speaker in every position—but this is fine for starters.

Another compact system, the SVS is similar to the Paradigm in that it’s great for smaller spaces—but maybe a little too loud for them since it has a bigger, more powerful subwoofer.

That beefy sub means that the SVS will be fine for apartments and dorm rooms—but it’s gonna get loud. To keep the peace in your building, use this in a house instead of an apartment.

Like its two predecessors, the Monoprice 10565 Premium 5.1 rig is also perfect for smaller spaces—but it’s also great for smaller budgets since it’s about $800–$900 less expensive. Students should dig that.

It’s still plenty powerful, though, so maybe don’t crank it to 11 ‘cause it’ll trigger your neighbors.

When you level up your home theater sound system, you’ll need some extra gear: an audio/video receiver (AVR) and some speaker wire.

Now that you’re home-theater-ing on a whole ‘nother level, you should know something: surround sound systems aren’t plug-and-play. You’re managing extra speakers, all of which perform different functions and operate on individual channels. That’s where an AVR comes in handy.

What does 5.1 channel surround sound mean?

Surround systems don’t include speaker wire—and you’re gonna need that to connect speakers to your AVR.

To see how much wire you need, use this checklist:

Measure distance (and, if wall-mounting, height) from your AVR to each speaker location. Add a couple of extra feet to each measurement so you’ll have some slack to work with during installation. Add all the numbers, plus an extra 20% in case you ever need to move a speaker or repair a connection.

If you plan to hide your wires under carpet, you’ll need to buy flat, insulated wire. If you intend to run your wires behind your walls, you’ll need UL rated (CL3) wire.

In these cases, most beginners will want to hire a professional to do the installation.

For most installs, the most common wire gauge is 16-gauge. But the following situations require thicker-gauge wire:

Again, since you’re a beginner, we recommend that you consult a professional if any of the above apply to your system.

But if your heart’s set on wireless—or you can’t stand the idea of pulling up carpet or baseboards, or drilling holes in your walls to run wire—try the Klipsch Reference Theater Pack 5.1 ($537.94).

What to look for in a surround sound system

There are a few things you should consider before dropping hard-won dough on a surround sound system.

With speakers, you usually get what you pay for. Still, an inexpensive sound system is loads better than your TV speakers.

For smaller rooms, you’ll be fine with a 5.1 surround sound system. Larger rooms might require an additional subwoofer, so a 5.2 system would work. For really large spaces, consider 7.2 or higher.

You can find beginner-friendly guides on YouTube, and self-installation can save you a good chunk o’ change. But there’s no shame in asking a handy friend or relative for help—or even hiring a pro.

Make sure your receiver of choice has enough ports to connect all your gear. Many modern options also offer wireless connectivity, such as Bluetooth, which makes streaming music from your phone super simple.

With a new sound system, you’ll want to make sure you’ve got plenty of great shows to enjoy in your home theater. Imagine being fully immersed in Game of Thrones—and hearing Tyrion Lannister’s booming voice—on the big screen with surround sound.

And if you’re gonna watch Game of Thrones, you’ll need HBO® or HBO Max. We can help you find a great deal on a new cable (or satellite or fiber or streaming) TV package. Enter your zip code below to find a provider in your area.

What is a good cheap surround sound system?

What is the best sound system for TV?

The best sound system for TV depends on your room size. A 5.1 channel surround sound system—with five speakers and one subwoofer—will do nicely for most rooms. The Monoprice 10565 Premium 5.1 ($206.87) is a good bet at a great price.

For larger rooms, try a 5.2 channel system, which includes an additional subwoofer. If your room is really large, consider a 7.2 system like the Klipsch 7.2.2 Reference Premiere Home Theater System with Marantz Receiver ($6.146.00), which has an extra subwoofer and two more rear speakers.