CableTV.com reviews the top devices that'll help you get the most out of streaming TV. 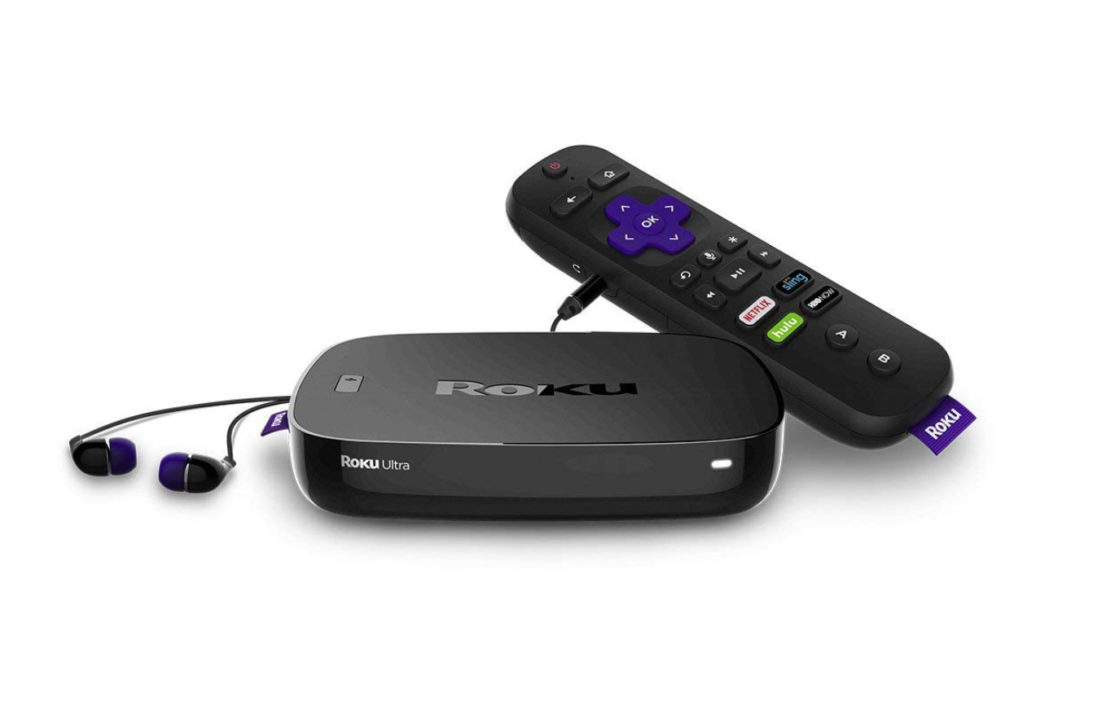 View on Amazon
Jump to review
Best for Android users 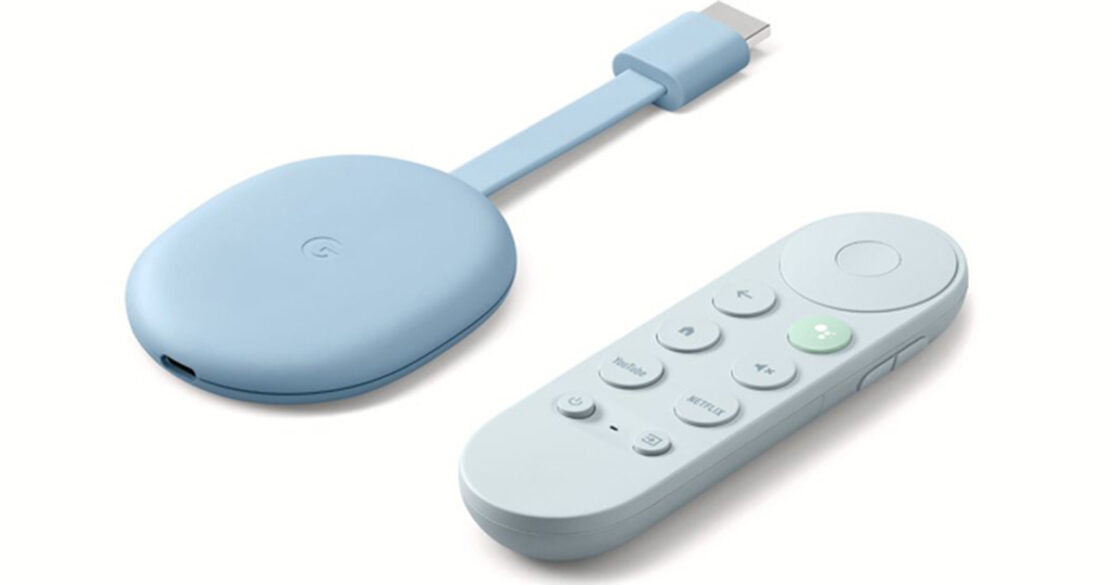 View on Google
Jump to review
Best for Alexa 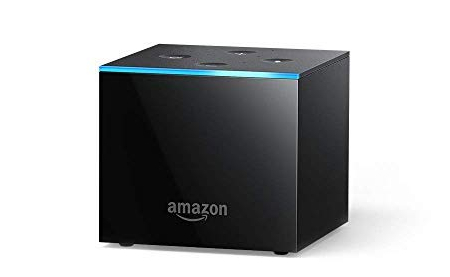 View on Amazon
Jump to review
Best for Apple fans 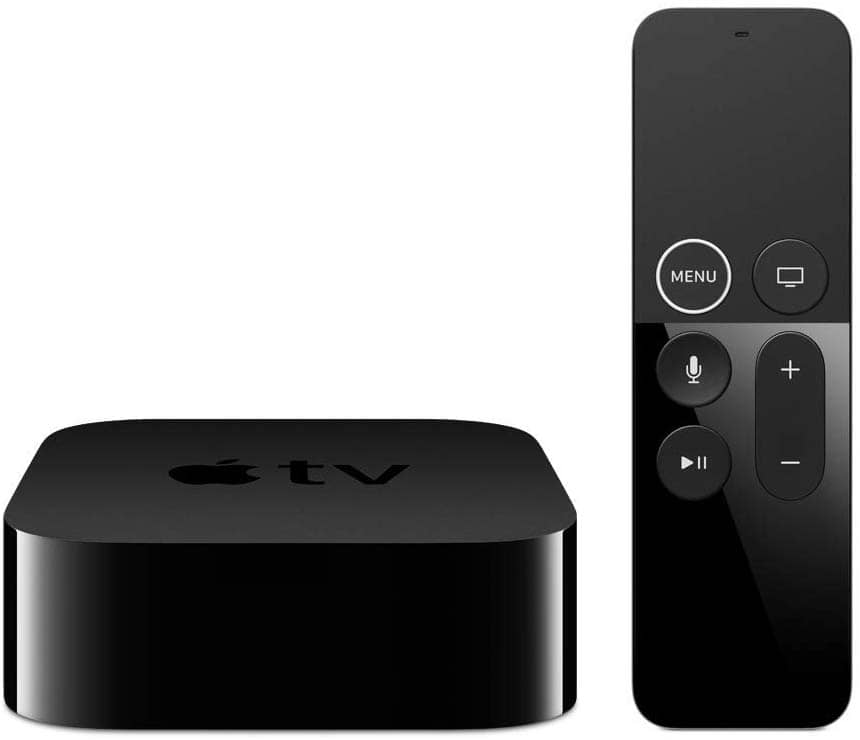 View on Amazon
Jump to review
Best for gamers 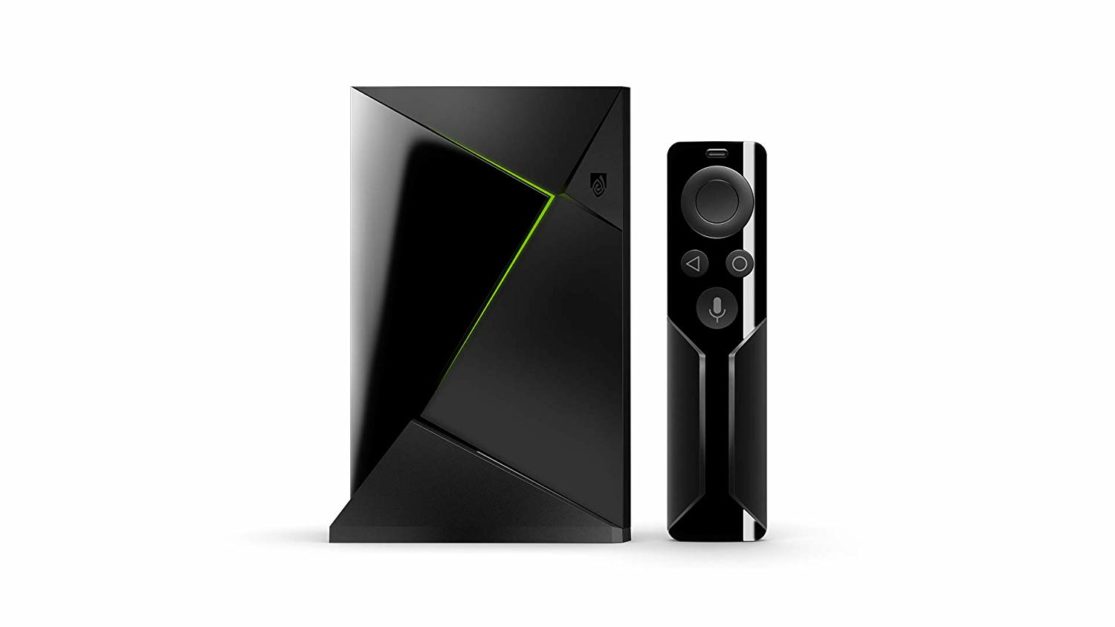 If you’re still using your smart TV to stream, hear our plea: Get a separate device! You’ll experience better streaming performance (especially if your smart TV is older), have more far more app choices (thousands, as opposed to dozens), and enjoy travel-friendly portability (even the largest streaming devices can fit in an overnight bag).

But, if you like hauling your 70” flatscreen around on business trips, you do you.

We’ve reviewed five of the top streaming devices on the market right now and included a few budget options too. Spoiler: our favorite device is the Roku Ultra, but the rest of the set-top box pack is also worth checking out—especially Chromecast with Google TV, which is technically a “dongle” streamer but still impressively powerful.

If you have multiple devices in your home using the internet simultaneously, or your internet speeds just aren’t up to snuff, you may not be getting the best streaming TV experience.

Enter your zip code to check out better speeds or prices available from internet providers in your area.

Roku was among the first in the streaming device game, and it’s still easily one of the best today when it comes to performance and user-friendly interface—and purple-ness, for sure.

The Roku Ultra is a small, sleek set-top streaming device supporting 4K, Dolby Vision, andDolby Atmos audio. Plus, it features a MicroSD card slot for extra storage, an Ethernet connection option, a USB port for connecting other devices, a “lost remote” tone generator, and even a headphone jack on the remote for private listening (JBL earbuds included).

The intuitiveness of the Roku Ultra is fantastic, but it’s the content that really makes the case. Roku’s library has the largest selection of apps—or, as it calls them, channels—offered by any streaming device: there are over 3,000 to veg-out with. Many are even free, including the content-filled Roku Channel.

One downside to Roku: because of disputes with Google, YouTube and YouTube TV aren’t available in the Roku Channel Store right now, meaning new users can’t get them and current customers may eventually lose them. According to some reports, this might also happen with Amazon’s Prime Video app—ouch.

Chromecast with Google TV is a powerful upgrade from the popular (and cheap) Chromecast. This sleek reinvention now comes with a remote and an actual screen interface—no smartphone required. It works so well we often step out on our beloved Roku with it (shhh).

Chromecast with Google TV is Android-based, meaning it’ll work with most apps in the Google Play store, and you can still cast content from your phone just the old Chromecast. It also features superior video and audio capabilities, including 4K, Dolby Vision, and Dolby Atmos.

The included remote is a tad small and maybe prone to disappearing between couch cushions, but you’ll probably spend more time talking to it than its pushing buttons—it is a Google Assistant voice remote, after all. You can even get it (and the dongle) in white, pink, or blue.

If you’ve tried out the older Chromecast and weren’t impressed, you should definitely give Chromecast with Google TV a spin—it’s a little-bitty beast of a streaming device.

Get Chromecast with Google TV

If you and your trusty Alexa have been eagerly awaiting the Amazon-ization of everything in your life, great news: the feature-packed Amazon Fire TV Cube is here (and even resembles a Star Trek Borg ship).

Alexa comes built-in, meaning you can control video and audio hardware throughout your home with just your voice. Barring laryngitis, that means no more lost remote.

The Amazon Fire TV Cube has 4K, HDR, HDR10+, and Dolby Vision, as do the other devices reviewed here. Plus, the Fire TV Cube has the advantage of being Ethernet cable ready for a direct, solid internet connection.

The Cube also doesn’t discriminate against non-Amazon apps. Prime Video is clearly favored (a bit too much, in our opinion), but Netflix, Hulu, YouTube, and the rest aren’t left out.

But really, the Alexa connection is the big selling point of the Fire TV Cube—all of the household control in one remote, we like it. For total home-entertainment command, go Cube.

If you’re an all-in-for-Apple kind of consumer, you’re used to a higher ticket price for multimedia bliss—and of course you’re going to want an Apple TV 4K.

It’s more expensive than most of the other streaming devices mentioned here, but it’s worth the price. The Apple TV 4K syncs seamlessly with all of your other Apple gear, and its insanely fast A12 Bionic chip leaves standard quad-core processors in the dust.

There’ll be a bit of a trade-off, though. Siri and iTunes may be there for you, but the Apple TV 4K’s collection of apps isn’t as deep as Roku’s or Fire TV’s. You’ll just have to live without The Bigfoot Channel.

Not that devotees need further convincing, but the Apple TV 4K supports 4K, Dolby Vision, and HDR10+, and the picture quality is pristine. If you’re an Apple acolyte, this is the streaming TV box for you.

For non-gamers, NVIDIA Shield is not, repeat, not a Wakanda insurance firm.

It’s a powerful gaming-centric device that can also stream 4K and HDR TV—and quite well, at that. The device includes a controller, as well as MicroSD and Micro USB ports, and 16 GB of storage. With a system based on the Android TV platform, the NVIDIA Shield TV Pro 4K’s streaming performance stacks up competitively against any other device here–exceptin price.

The NVIDIA Shield TV Pro costs even more than the Apple TV 4K device, which might put off casual gamers users who just want to watch Better Call Saul or listen to Spotify.

Fortunately, NVIDIA Shield TV Pro 4K’s streaming app selection is still excellent. If it’s in the Google Play store, you can likely get it—but it’s the gaming side that really shines. If you’re a devout game who also squeezes in time for TV, the Shield does it all.

But if you don’t know Fortnite from Frontline, this might not be the streaming device you’re looking for.

At half the cost, the Roku Streaming Stick and Expresses do almost everything the Roku Ultra does—and take up less space. Just plug either device into an HDMI port on your TV, power it up, and stream.

The Amazon Fire TV Sticks are also smaller and less-expensive versions of the set-top models. Like the Cube, the Fire TV Stick is slightly biased toward recommending Amazon content, but it’s still a tiny marvel for streaming.

The TiVo Stream 4K’s square dongle is Android-based and works particularly well with Sling TV (and it paid to be front-and-center in the interface). It also comes with TiVo’s beloved Mr. Peanut-shaped remote, which features Google Assistant voice activation.

What to look for in a streaming device

Final take: Roku Ultra is the streaming device to beat

We love the Roku Ultra for its easy interface, smooth performance, and sheer abundance of streaming apps, so we recommend it for most people—but the sleek Chromecast with Google TV comes this close to also winning our hearts. Imagine an ’80s sitcom where we’re dashing back-and-forth between double-booked dinner dates. That’s us with these two.

If you’re an Amazon power-user in a deep (but healthy) relationship with Alexa, the Fire TV Cube is obviously your jam; the same goes for Apple purists and the Apple TV 4K.

Our experts employed hundreds of hours of hands-on testing and comparing stats, rating these streaming devices on bang for your buck, reliability, features, and customer satisfaction. For more information on our methodology, check out our How We Rank page.

Do I need an internet connection to stream TV?

You need an internet connection to stream TV—and the faster the download speed, the better. DSL internet users will see lag time and pixelation if they’re streaming TV and surfing the web simultaneously (by “if,” we mean “when”—who watches just one screen anymore?). Fiber or cable internet is your best bet for smooth streaming.

Are there monthly streaming fees?

There are no monthly fees for streaming devices. To watch certain apps and services like Hulu or Disney+ on those devices, though, you’ll have to pay up. Fortunately, there are also thousands of apps that provide free content like Pluto TV and Tubi.

For the ultimate streaming TV experience, we recommend a set-top box. They have the power and functionality to replicate the cable or satellite interface most viewers are familiar with (and are probably ditching in favor of streaming).

If you’re short on entertainment-center space, or travel a lot, today’s streaming sticks and dongles are nearly equal to full-sized boxes in features and performance.

Do I need 4K and HDR resolution streaming?

You probably thought you didn’t “need” 1080p HD TV until you saw it for the first time—it’s the same deal with 4K and HDR.

4K isn’t the highest screen resolution you can get anymore (that would be 8K), but it’s pretty much the industry standard. Some prefer HDR (high dynamic range), which comes in HDR10+ (open) and Dolby Vision (proprietary) formats to 4K.

Most newer smart TVs and streaming devices accommodate all resolutions.

If your entertainment needs don’t extend beyond Netflix and YouTube, the $19.99 Google Chromecast 3rd Gen. is the clear low-cost option.

If you want more features and better performance, Roku’s Streaming Sticks and Amazon’s Fire TV Sticks do a lot for only a few bucks more.