CableTV.com rounds up the top routers to satisfy your need for Wi-Fi speed. 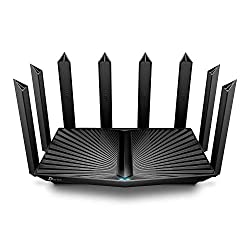 View on Amazon
Jump to review
Best for gaming 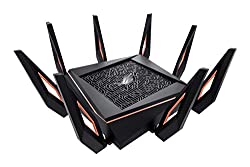 View on Amazon
Jump to review
Most powerful 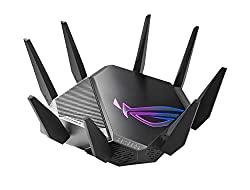 View on Amazon
Jump to review
Best for large homes 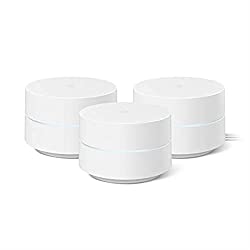 View on Amazon
Jump to review
Best for budget 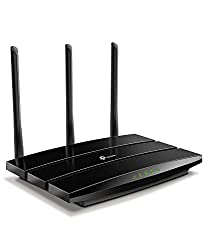 Data effective as of publish date. Offers and availability may vary by location and are subject to change. Amazon.com prices as of 2/11/2022 11:00 MST). See full disclaimer.

If you’re tired of paying router rental fees and dealing with your provider’s unreliable Wi-Fi hardware, it might be time to buy your own Wi-Fi router. Dedicated wireless routers provide the best Wi-Fi performance for your home.

The TP-Link Archer AX90 earned our Editor’s Choice award thanks to its excellent specifications and value. Whether your house is filled with rooms and floors that need Wi-Fi coverage, or if you’re a gamer looking to shave down your ping time, our picks for the best Wi-Fi routers will cover any Wi-Fi scenario.

Data effective as of publish date. Offers and availability may vary by location and are subject to change. Amazon.com prices as of 2/11/2022 11:00 MST). See full disclaimer.

The TP-Link Archer AX90 earned our Editor’s Choice award because of its top-in-class specifications and excellent price. For less than $300, you’ll get high-end features like a 2.5 Gbps WAN/LAN port along with tri-band and Wi-Fi 6 support for peak wireless performance. User reviews also praised the router’s excellent range for larger households.

For budget-minded shoppers, Google Wi-Fi is one of the most affordable mesh Wi-Fi options for wide home coverage, while the TP-Link Archer A8 provides steady Wi-Fi performance at a low price.

The TP-Link Archer AX90 earned our Editor’s Choice award thanks to how well it balances performance and price for a home Wi-Fi router. We recommend the AX90 if you need a router that can support a full household worth of computers, smartphones, and other internet-enabled devices.

Under the hood, the AX90’s Wi-Fi 6 and tri-band support help the router efficiently manage network traffic across its eight external antennas. On its backside, the AX90 includes a 2.5 Gbps WAN/LAN port that provides future-proofing insurance in case you upgrade to an internet plan with gigabit or faster speeds.

You’ll need a 2.5 Gbps Ethernet port—along with a corresponding internet plan—to get transfer speeds of more than 940 Mbps from your internet provider.

Our only nitpick with TP-Link is the AX90’s included USB 2.0 and USB 3.0 ports. Competitors like ASUS regularly include multiple USB 3.0 ports, and we wished that TP-Link also had only USB 3.0 or USB 3.1 ports. Fast USB ports are useful if you want to connect a USB hard drive to your router for network-accessible storage.

The ASUS RT-AX92U has fewer bells and whistles compared to the Archer AX90, but you’ll still get major features like Wi-Fi 6 and tri-band support for less than $200.

For better or worse, the ASUS ROG Rapture GT-AX11000 continues the ROG series’ “alien spaceship on steroids” aesthetic. But if the router’s design and premium price tag aren’t a dealbreaker, gamers willing to tinker with their network settings will find a lot to like with the GT-AX11000.

For gamers, the GT-AX11000 has ROG-exclusive features like Game Radar (monitor game server activity) and Game Boost (prioritize gaming traffic for faster gameplay). Although the value you’ll get from these features depends on your willingness to mess with technical router settings, we still think they’re useful to have available.

Internally, the GT-AX11000 has a speedy 1.8 GHz quad-core processor along with a hefty 1 GB of RAM that helps the router maintain reliable network performance. If you’re trying to balance regular PS5 and Twitch streams alongside the rest of your family’s network traffic, you’ll want the GT-AX11000.

The ASUS RT-AX88U drops the GT-AX11000’s ROG branding and specs, but the RT-AX88U also costs much less than the GT-AX11000, and you’ll still get gamer-friendly features like WTFast and Game Boost support.

The ASUS ROG Rapture GT-AXE11000 shares many internal specs with the GT-AX11000, but offers significant differences in other areas.

Along with a bulkier exterior and a 2.5 Gbps WAN/LAN port, the GT-AXE11000’s biggest upgrade is Wi-Fi 6E support. Wi-Fi 6E is a newer Wi-Fi standard that provides faster wireless download speeds compared to Wi-Fi 6. To use Wi-Fi 6E, you’ll need a router and device that each support Wi-Fi 6E.

While we’re typically pro-upgrades, moving to Wi-Fi 6E comes with a few qualifiers. Wi-Fi 6E devices are still in their infancy, and Wi-Fi 6E routers typically cost well above $500. Considering that you can get a good Wi-Fi 6 router for under $200, you’ll be paying extra if you want to be an early Wi-Fi 6E adopter.

Most users will be fine with Wi-Fi 6, but if you already have Wi-Fi 6E devices and are willing to pay extra to pair them with a Wi-Fi 6E router, we recommend the GT-AXE11000.

The NETGEAR RAXE500 is slightly pricier than the GT-AXE11000, but you’ll still get Wi-Fi 6E support in a more discreet design.

Google Wi-Fi is part of a newer breed of wireless systems called mesh networks. A mesh network is a group of routers and receivers that spread your wireless signal around your whole home so that no matter where you go, you get a strong connection.

Although it’s not the fastest mesh Wi-Fi system thanks to its older Wi-Fi 5 compatibility, we still like Google Wi-fi for its affordability and ease of use.

Setup is as simple as downloading the Google smartphone app, scanning a QR code, and following the directions. At only $178.00, it’s also much cheaper than competing mesh systems. Consider getting Google Wi-Fi if you’re in a large multi-story home and can’t get adequate coverage from a single router.

The TP-Link Archer A8 gets the job done and not much else. While you won’t find many bells and whistles on the A8, it’s affordable at $59.99, and installation is a breeze. Thanks to TP-Link’s straightforward setup wizard, you can avoid going through endless menus and quickly get your home Wi-Fi secured.

The A8 won’t be as fast as our other recommended routers thanks to its Wi-Fi 5 support—you’ll need to deal hunt to find a new Wi-Fi 6 router for $59.99. But if your household uses the internet mainly for web browsing and your biggest concern is price, you’ll get excellent value with the Archer A8.

What to look for

When you’re looking for a new Wi-Fi router, the shopping process boils down to three things: speed, reliability, and range.

Wi-Fi speed is one of the main reasons people upgrade their routers. But on the router packaging, those touted 7,000 Mbps download speeds are largely marketing hooey. The more important stat you’ll want to look for is whether or not a router supports Wi-Fi 6, which is the current standard for Wi-Fi manufacturers.

Routers that support Wi-Fi 6 have the latest wireless traffic management and security tools. When you pair a Wi-Fi 6 router with a Wi-Fi 6 device (like a laptop), you’ll get the most out of your internet plan.

Keep in mind that your download speed will be capped by your provider’s internet plan—if you’re paying for a 400 Mbps package, you won’t exceed 400 Mbps by replacing your router. But a new router will help you hit 400 Mbps on a more consistent basis.

Pro tip: In the real world, your internet speed depends on a million things besides your Wi-Fi router. But if you want a router that’ll improve your internet performance, follow our two simple rules:

A router’s dual-band or tri-band support refers to the number of wireless bands it can use at one time. Dual-band routers—the most common type that’s currently available—have a 2.4 GHz and 5 GHz bands, while tri-band routers add a second 5 Ghz band.

Dual-band and tri-band support is basically a traffic management technique that helps routers efficiently manage your Wi-Fi network. You can give high-priority devices like a smart TV or gaming PC dedicated bandwidth on their own 5 GHz band and move lower-priority devices to secondary 5 GHz or 2.4 GHz band.

Get a tri-band router if your home has a lot of internet-enabled and smart home devices. But if you’re on a budget and have fewer devices that need Wi-Fi, you’ll be fine with a dual-band router.

Range can be as important as speed when it comes to Wi-Fi performance. That’s because the farther from the router you get, the weaker the signal gets.

Wireless signals can also be weakened by concrete walls and interference from other electronics, which can cause slowdowns. A large range is important for maintaining top speeds as you move throughout your home or any other building.

Some routers may advertise a signal range of up to 1,500 feet or 2,500 feet. Although these ranges aren’t guaranteed, they can be a useful way to roughly compare router performance.

But if you’re in a multi-story home with coverage dead zones, there’s really no substitute for a mesh system like Google Wi-Fi. Check out our mesh Wi-Fi guide to learn more about mesh systems.

Google Wi-Fi is an affordable and easy-to-use mesh Wi-Fi option, while the TP-Link Archer A8 provides reliable Wi-Fi performance in a budget-friendly package.

To find the best Wi-Fi router, we started by analyzing the most popular Wi-Fi routers from retailers including Amazon, Newegg, and Best Buy to see the routers that real shoppers wanted to purchase.

We then analyzed more than 30 of the top Wi-Fi 5 and Wi-Fi 6 routers, comparing data points including user reviews, performance, and specifications to find the best picks in each of our categories.

For more information on our methodology, check out our How We Rank page.

What is the best long-range wireless router?

For the best coverage over large areas, we recommend a wireless mesh system like Google Wi-Fi. These routers are made up of several receivers that communicate with each other, allowing you to spread the wireless signal over a much longer range compared to traditional routers.

What’s the difference between a router and a modem?

A modem creates an internet connection between your home and your internet provider’s network. A router enables you to connect devices like computers and TVs to your provider’s internet network.

How many devices can I connect to a wireless router?

You can connect as many as you want to your wireless router. However, your internet connection will get slower as you add more connected devices.