Update 2/18/21: AT&T discontinued U-verse and replaced it with AT&T TV, a new live TV streaming service. So you don’t want this review—head over to the new AT&T TV vs. DIRECTV.

Should you choose AT&T U-verse or DIRECTV as your TV service provider?

Data effective 11/6/2017. Pricing and packages are subject to change. Not all offers available in all areas.

Get AT&T U-verse for the largest channel lineups on the market.

AT&T leads the industry with powerful performance from both of its TV offerings: AT&T U-verse and DIRECTV. Although you won’t have quite as many sports perks as you will with DIRECTV, U-verse gives you plenty of bang for your buck with a robust channel selection and lots of HD options. While the AT&T U-verse Total Home DVR has fewer simultaneous recordings and less storage than DIRECTV’s Genie, the price is still included in the cost of your contract. Speaking of contracts, the contract for U-verse is a year shorter than what DIRECTV will lock you in for.

DIRECTV presents clear advantages for those looking to get the most sports programming, especially when it comes to football. As the home of NFL SUNDAY TICKET and the owner of several local sports networks, DIRECTV is the undisputed leader in sports coverage. DIRECTV’s Genie also presents a better value than AT&T’s Total Home DVR, with larger storage and the ability to record more shows at once. Despite being part of the same parent company, DIRECTV’s superior customer service reputation edges out AT&T’s when it comes to customer satisfaction. The downside? A two-year contract is a must, and you’ll get a more restricted channel selection than you will with U-verse.

Find and compare AT&T and DIRECTV plans and pricing in your area:

Important Note on the Providers

As we look at side-by-side comparisons of these two TV providers, keep in mind that they are both owned by the same parent company: AT&T. This review is geared toward whether satellite TV—which is what DIRECTV offers—is a good fit for your needs and how it differs from the fiber-based TV service offered by AT&T U-verse.

If you’re looking to try out DIRECTV NOW, which is AT&T’s online package aimed at cord-cutters looking to stream live TV without a subscription, you can get a free 7-day trial.

Our star ratings come from CableTV.com’s exclusive survey, 2017’s Best TV Providers in Customer Satisfaction. Hundreds of actual customers of the biggest TV providers in the nation shared their experiences, and we’ve carefully analyzed their responses to give you a well-rounded review of what to expect from each of these brands.

While U-verse scored above average in this area, it was a few places below DIRECTV. This may be because the installation process for U-verse is different than DIRECTV, and some customers have complained about the length of the process and complications that arise during it. However, pricewise, U-verse does well for itself, with only a $35 activation fee to get you started watching your favorite shows.

Out of all the providers in our survey, DIRECTV places second in customer satisfaction. Part of the reason for that is AT&T tends to hire its own technicians, including for DIRECTV, rather than relying on third-party contractors. That means DIRECTV’s installation experts usually have more experience than other telecom installers.

Going by just the numbers, AT&T has the greater channel selection. But there’s more to channels than numbers—it doesn’t matter how many channels you stuff into a lineup if it’s programming no one is watching.

DIRECTV may offer less in the way of channels, but what it does offer is highly desirable. It has just as many HD channels, along with premium movies, sports, and more.

Top that off with a very capable DVR to store this high-quality programming, and DIRECTV’s packages have a lot to love—even with a smaller channel lineup.

AT&T U-verse’s reliability ratings are more than a whole point below DIRECTV’s, but it still falls in the middle of the road among all providers.

Fiber has a reputation for being more reliable than traditional cable, so while it’s not as highly approved as DIRECTV, it’s still a safe bet for a solid signal.

DIRECTV is a satellite provider, so weather-related outages can come with the territory. But these interruptions are rare and don’t usually involve anything more serious than dusting snow off your dish.

Still, if you live in an area that frequently experiences extreme weather, it may be something to consider.

Both AT&T U-verse and DIRECTV placed above the bulk of providers when it comes to monthly bill satisfaction, with AT&T U-verse placing just a bit higher despite the two services having the same price range.

DIRECTV has a two-year contract but only a one-year price lock. That means that if you sign up with DIRECTV, you must stick with it for two years, even when the promotional period is over. Some customers may not be pleased with the lack of flexibility, which is probably why DIRECTV placed below AT&T U-verse in this category.

Special Notice: Shortly before the publication of this article, AT&T went from including up to four TV receivers with its TV packages to including just one DVR, and AT&T reduced monthly charges because of it. Unless you have a lot of TVs at home, this is great news for your monthly bills!

While AT&T U-verse places above average for customer service satisfaction, its score isn’t the highest either.

AT&T touts its local call centers, but if you call outside of normal business hours, you’re likely to be transferred to a call center outside of the US. If you prefer, you can use the AT&T Support Center to troubleshoot problems with help from online articles.

DIRECTV has a reputation for being a leader in customer satisfaction, and our survey results support that, putting the satellite provider third for tech support and customer service.

Again, because AT&T U-verse and DIRECTV are both products of AT&T, you can reach a local call center in the US during normal business hours or a call center outside of the US at any other time. Or, if you want online support, use the AT&T Support Center.

AT&T offers two internet services: AT&T Internet and AT&T Fiber. Although not available in all areas, either can be bundled with both AT&T U-verse and DIRECTV for savings of about $10 per month. These star ratings come from HighSpeedInternet.com’s 2016 Customer Satisfaction Survey.

More About the Providers

AT&T is a multinational telecommunications giant based in Texas with a reported consolidated revenue of $163.8 billion in 2016. In addition to TV, internet, and home security services, AT&T is the largest provider of phone service and the second-largest provider of mobile phone service in the United States. AT&T delivers TV, internet, and phone utilizing DSL and, in select regions, fiber networks. AT&T also partners with DIRECTV to provide TV in rural areas that are better suited to satellite service.

Based in California, DIRECTV became a subsidiary of AT&T in 2015 for a handy $48.5 billion. The company primarily offers TV subscriptions, but it also partners with several brands to sell bundles with internet and phone service. DIRECTV is considered the home of football because, in addition to owning several regional sports networks, it is the exclusive TV provider for NFL SUNDAY TICKET.

Find and compare cable and internet providers in your area: 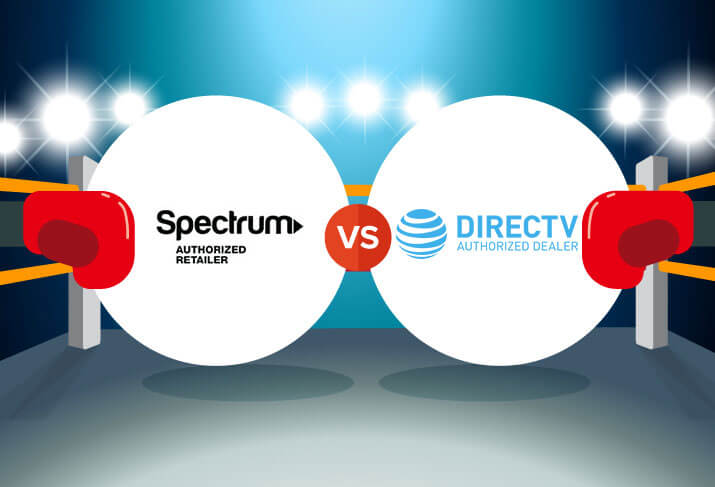 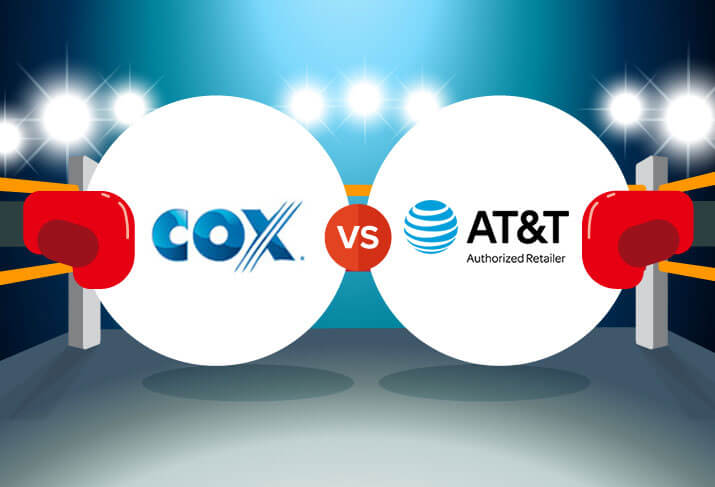 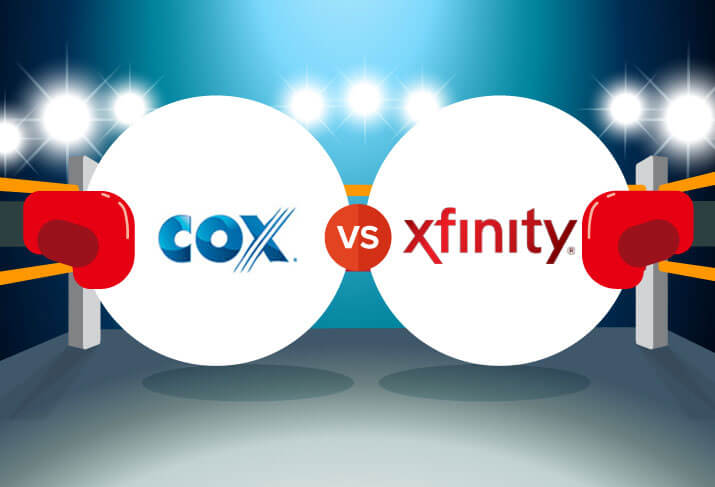