Our experts compared 81 Wi-Fi 6 routers to find the fastest routers on the market. 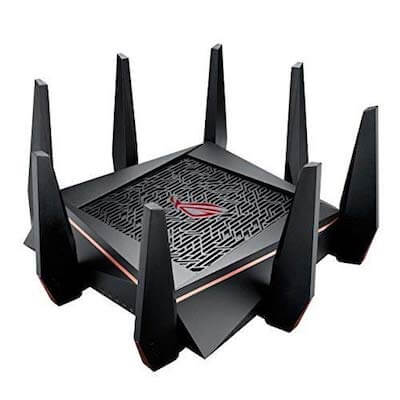 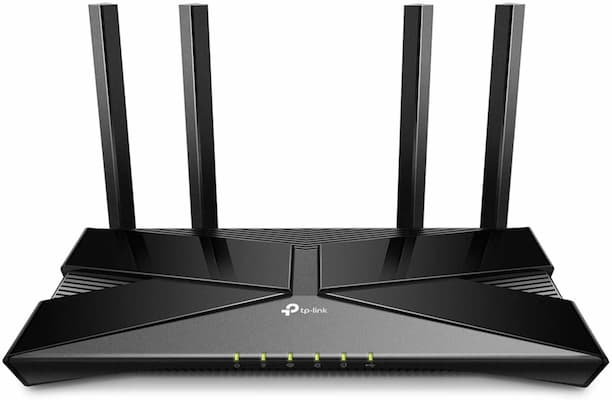 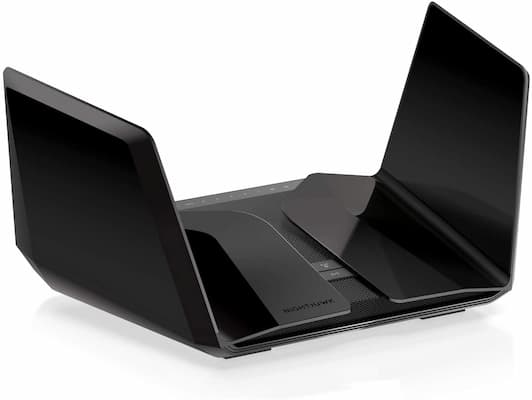 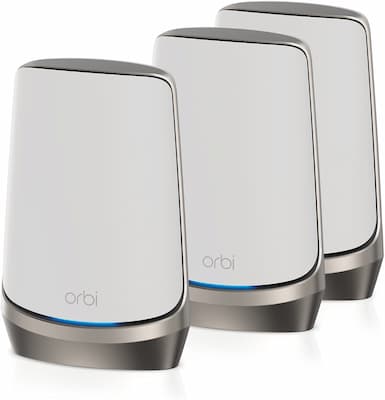 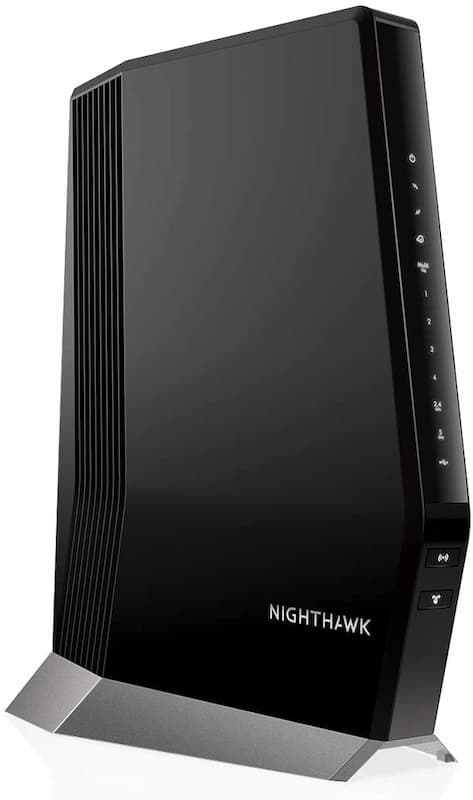 *Amazon.com price as of 2/17/22 at 8:52 am PT. See full disclaimer regarding pricing and features for more information.

Wi-Fi 6 routers are the latest generation of fast, reliable wireless internet devices. ASUS ROG Rapture GT-AX11000 is our editor’s choice for the best Wi-Fi 6 router thanks to its gigabit speeds, long-range coverage, and bang-for-your-buck value.

The affordable TP-Link Archer AX10 still supports gigabit speeds, and it’s a good option for smaller homes that don’t have many wireless devices. But whatever your budget and home Wi-Fi needs, we’ve got you covered—read on for all our recommendations.

We can’t recommend the ASUS ROG Rapture GT-AX11000 enough—it’s our top pick for long-range routers and gaming routers. It isn’t cheap, but this tri-band router does it all.

For a budget pick, go with the TP-Link Archer AX10. It doesn’t have many bells and whistles, but this Wi-Fi 6 router is great for fast speeds in small spaces.

If you already own some Wi-Fi 6E devices, check out the NETGEAR RAXE500. It’ll make the most of those cutting-edge 6GHz frequencies.

Or if you want blazing-fast Wi-Fi with no dead spots in an enormous house, go for the new NETGEAR RBKE963. This three-piece mesh Wi-Fi system covers up to 9,000 square feet—and you can add on more devices if you need.

And if you have cable internet and want a do-it-all modem/router combo, we recommend the NETGEAR CAX80. Well, honestly, we recommend getting separate modems and routers for the best performance, but you do you!

Find fast internet near you

Your wireless router can reach speeds only as fast as your internet provider gives you. Enter your zip code below to find the fastest internet service near you.

*Amazon.com price as of 2/17/22 at 8:52 am PT. See full disclaimer regarding pricing and features for more information.

Most of the fastest routers don’t come cheap, especially with top Wi-Fi 6 speeds. That’s not to say there aren’t affordable routers on the market—just that superfast speeds will cost you.

When you want a fast router, go for a Wi-Fi 6 router for the best technology. Wi-Fi 6E uses the same tech as Wi-Fi 6 but also accesses the 6GHz frequency, which the FCC recently released for at-home wireless use. Most technology can’t run on 6GHz yet, so unless your brand-new devices need it, you won’t need a Wi-Fi 6E router for a while.

Finally, we recommend a tri-band (or quad-band) router. Tri-band routers use three frequencies to reach all kinds of devices throughout your home. This capability is beneficial if you’re building a mesh Wi-Fi network or need a dedicated gaming frequency. Most of our choices are at least tri-band, but our budget and modem/router combo picks are both dual-band.

ASUS ROG Rapture GT-AX11000 is our editor’s choice for the best high-speed router—with its well-rounded performance, it’s the right device for just about any situation. Sure, it’s not the cheapest option, but that’s because it offers way more than just breathtaking speeds.

Thanks to its wide-reaching coverage, it’s a good choice for large homes. Plus, it’s a stellar gaming router since you can dedicate an entire band of this tri-band router to gaming. And anyone can appreciate its network security features, which protect your home devices from outside attacks.

If you’re looking for a reliable router to keep your home connected at top speeds, the ASUS ROG Rapture GT-AX11000 is ready with (metaphorical) running shoes and a winning smile.

Not everyone who pays for gigabit speeds wants to drop a handful of 100 dollar bills on a router. If the cost of ASUS ROG Rapture GT-AX11000 gave you pause, consider the affordable alternative: the TP-Link Archer AX10.

Sure, the GT-AX11000 may be seven times faster (under perfect lab conditions), but the TP-Link Archer AX10 is six times cheaper (under everyday life conditions). If you want gigabit speeds and don’t need long-range or gaming perks, snag this speedy little pal.

One heads up, though: While the TP-Link Archer AX10 can wirelessly support up to 1.2 Gbps on its 5 GHz router, its fastest LAN port will give you a wired connection of up to only 1 Gbps. So if you’ve got a 1.2 Gbps internet plan, you won’t have access to all of that speed on any one Ethernet connection.

But since you’re probably spreading your bandwidth over multiple devices, we don’t think this will cause problems for most folks.

If you’re jumping on the Wi-Fi 6E train, good for you! The NETGEAR RAXE500 is the fastest router to connect all your Wi-Fi 6E devices over the 6GHz frequency. Your AR/VR gaming will be unbelievably smooth with the 6GHz band’s low latency.

This router is also ideal for high-speed streaming. Your whole family can go all out watching multiple 4K streams at once, and the NETGEAR RAXE500 won’t even break a sweat.

We’ve noticed some folks had trouble with their NETGEAR RAXE500 router not getting the advertised speeds. It seems NETGEAR sent this device out the door without sorting out all the bugs, but for now, turning off the NETGEAR Armor feature seems to bring the speeds back to normal. We hope NETGEAR gets that issue fixed soon.

Most routers aren’t designed with mansions in mind. But the NETGEAR RBKE963 kicks that way of thinking right out the door. This 3-piece mesh Wi-Fi system covers 9,000 square feet. If that’s not enough, you can snag another satellite extender for an additional 3,000 square feet of coverage.

We realize the demographic for this particular mesh Wi-Fi system is relatively small, but hey, you were the one Googling for the fastest routers. If you want a quad-band mesh system with gigabit Ethernet ports galore—well, grab your Amex Black Card for the NETGEAR RBKE963.

While you’re dropping $1,500 on this mesh Wi-Fi system, why not get it in a color you like? The NETGEAR RBKE963 comes in gray or black, so the sleek devices can blend into the background of your estate without you needing to place a call to the interior decorator or worry about it throwing off your home’s feng shui.

To be clear, we recommend you get a separate modem and router because it’s nearly impossible to find a modem/router combo with the best tech for both devices.

With that said, the NETGEAR CAX80 comes close to the top standard, thanks to DOCSIS 3.1 and Wi-Fi 6. But even this do-it-all device isn’t as fast as the ASUS ROG Rapture GT-AX11000, NETGEAR RAXE500, or NETGEAR RBKE963, since the NETGEAR CAX80 has a less powerful processor and only dual-band Wi-Fi.

If internet speed comes second to keeping both devices together in one tidy shell, go for the NETGEAR CAX80. Otherwise, snag yourself one of our other router recommendations and a separate gigabit modem.

What to look for in high-speed Wi-Fi routers

While you’re trying to pick a fast Wi-Fi router for your home, keep an eye out for its Wi-Fi standard, gigabit Ethernet ports, and processor.

Wi-Fi devices operate on standard protocols that ensure all connected devices can communicate with each other. You’ll often see these standards expressed in the 802.11 numbers in device spec sheets, but now folks also refer to them by their generation.

Wi-Fi 6E takes Wi-Fi 6 technology further by using the newly available 6GHz frequency, which connects to compatible devices near the router at superfast speeds. Since there aren’t many Wi-Fi 6E devices yet, though, don’t stress about this unless you already have Wi-Fi 6E tech laying around.

Although our router recommendations bring ultrafast wireless internet to your home, gigabit Ethernet ports are necessary for wired connections.

Ethernet tends to be faster and more reliable than Wi-Fi, mainly because you don’t have to worry about wireless signal interference. For maximum performance, connect the following devices via Ethernet, if possible:

Ethernet connections do reduce mobility, but plenty of available Ethernet ports means you won’t have to prioritize devices as much. For that reason, we recommend having at least four gigabit LAN ports on your router.

And if your internet plan comes with speeds over 1 Gbps, make sure your router has at least one 2.5 Gbps LAN port. Most of the time, you won’t need all that speed on one device. But if you have an enormous file to download, you’ll be done in seconds if you can use all your internet speed.

Your router’s CPU or processor is essential for handling incoming requests and routing devices to suitable bands and antennas.

Processors consist of several “cores” that work together to make the device run. While it’s not an absolute rule, generally, the more processor cores the better. Look for a quad-core processor for peak performance, though tri-core and dual-core processors can also get the job done.

To get the fastest Wi-Fi, you need a fast Wi-Fi router. We recommend the ASUS ROG Rapture GT-AX11000 for most folks, especially gamers. If you want to make the most of your Wi-Fi 6E tech, though, go for the NETGEAR RAXE500. And if you need Wi-Fi for a sprawling estate, go for the brand new NETGEAR RBKE963.

To find the fastest Wi-Fi routers, we combed through 81 Wi-Fi 6 routers from major and minor manufacturers alike. We narrowed our choices down to those with the fastest theoretical speeds (except for our cheapest option, where we prioritized affordable prices at gigabit speeds).

We compared our choices’ specs, features, price, and customer satisfaction. Then we chose the top five to fit common high-speed internet needs.

To learn more about how we choose our recommendations, check out How We Rank.

How long does a wireless router last?

Wireless routers tend to last around five years, though some people update their routers more often to keep up with changing technology.

What is the fastest Wi-Fi router speed?

The fastest routers on the market transfer data at the rate of 11,000 megabits per second under optimum lab conditions. Three of our recommendations reach these speeds: the ASUS ROG Rapture GT-AX11000, NETGEAR RAXE500, and NETGEAR RBKE963.

Which is the fastest NETGEAR router?

The NETGEAR RAXE500 and NETGEAR RBKE963 both reach a data transfer rate of 11,000 megabits per second under optimum lab conditions.

Disclaimers:
Product prices and availability are accurate as of the date/time indicated and are subject to change. Any price and availability information displayed on Amazon.com at the time of purchase will apply to the purchase of this product. CableTV.com utilizes paid Amazon links.