What to Watch This Week | October 31–November 6

The costume I saw most over Halloween weekend was, not surprisingly, Jeffrey Dahmer, thanks to the recent Netflix series Dahmer—Monster: The Jeffrey Dahmer Story. Two versions of the infamous serial killer, actually: creepy, plain-clothes Dahmer and orange prison jumpsuit Dahmer. No Sexy Jeffrey Dahmer costumes were spotted, fortunately.

This week’s What to Watch picks include the biopic Weird: The Al Yankovic Story, the return of sci-fi drama Manifest, the explosive documentary God Forbid, the new Jennifer Lawrence film Causeway, and the debut of workplace comedy Blockbuster. Stream away!

Jump to your preferred streaming service

Movie premiere, Friday, November 4: It may be more funny than factual, but check out the brilliant biopic casting of Weird: The Al Yankovic Story: Daniel Radcliffe as “Weird Al” Yankovic, Westworld’s Evan Rachel Wood as Madonna, Abbott Elementary’s Quinta Brunson as Oprah Winfrey, and The Office’s Rainn Wilson as Dr. Demento. Yankovic himself co-wrote the film, something he hasn’t done since 1989’s Oscar-snubbed UHF—history being made (up) all around here.

Coverage begins Sunday, November 6, 3 p.m. ET/12 p.m. PT: Live from the Phoenix Raceway in Avondale, Arizona, it’s the NASCAR Cup Series Championship. Drivers Joey Logano, Christopher Bell, Ross Chastain, and Chase Elliott will go wheel-to-wheel for 500 laps in the race to best 2021 champion Kyle Larson. For a second year, the event is unsponsored—how about the CableTV.com 500? That has a nice ring to it; we’ll get back to you in 2023, NASCAR.

What to Watch on Peacock

Enter your zip code below to see top TV providers in your neighborhood.

What to watch on Netflix this week

Series premiere, Thursday, November 3: Blockbuster isn’t a documentary about America’s lone surviving Blockbuster Video store (that would be The Last Blockbuster, also on Netflix), but a sitcom from the writers of Superstore and Brooklyn Nine-Nine. Even better, this workplace comedy stars Randall Park (Young Rock), Melissa Fumero (Brooklyn Nine-Nine), and J. B. Smoove (Curb Your Enthusiasm). Ten episodes drop November 3, and you won’t have to return them in three days.

Season 4 premiere, Friday, November 4: The days of Netflix reviving canceled network shows are over, but the final save is one of its smartest: Manifest, about a passenger plane that disappears and then mysteriously reemerges five years later frozen in time, ran for three seasons on NBC without a resolution. The series topped Netflix’s charts after cancelation, so the streamer snapped it up for 20 final episodes. Now let’s see if Manifest can stick the landing.

What to watch on Netflix

What to watch on Hulu this week

Movie premiere, Tuesday, November 1: The full title is God Forbid: The Sex Scandal That Brought Down a Dynasty, but do you know how much space that would take in fat, bold letters up there? Anyway: God Forbid tells the weird tale of a yearslong tri-affair between evangelical power couple Becki and Jerry Falwell Jr. and hotel pool boy Giancarlo Granda. The doc is told from Granda’s side (and his book), but surely the Falwells have a solid defense, right? Never mind.

What to watch on Hulu

Check out our trivia contest with Full Moon Features, running on our Twitter all of October. Answer horror-movie trivia questions to win daily prizes . . . if you dare. 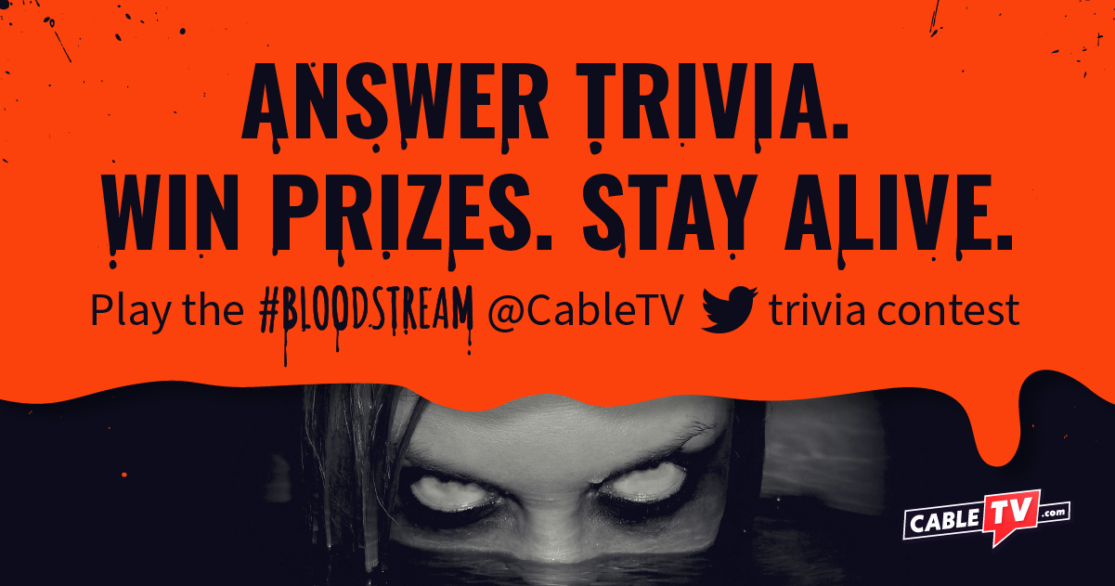 What to watch on Apple TV+ this week

Movie premiere, Friday, November 4: The Jennifer Lawrence comeback is here, kicking off with the intimate A24 drama Causeway. Soldier Lynsey (Lawrence) returns home to New Orleans after suffering a traumatic brain injury while deployed in Afghanistan and struggles to adjust to “normal” life. Critics have lauded the performances of Lawrence and costar Brian Tyree Henry (Atlanta), and Causeway currently sits at 88% on Rotten Tomatoes. Welcome back, J-Law!

Season 2 premiere, Friday, November 4: The story of idealist inventor Allie Fox (Justin Theroux), his wife Margot (Melissa George), and kids fleeing the US to live off the grid in Central America continues, even though you didn’t even know this series existed. The Mosquito Coast expands on the 1986 Harrison Ford movie and Paul Theroux’s (Justin’s uncle) 1981 novel with tense subplots and deeper familial discord—imagine Breaking Bad in the Guatemalan jungle.

What to Watch on Apple TV+

Does your streaming quality suck?

Find a faster internet provider near you now.

W2W wildcards of the week

What to Watch on HBO Max

Series premiere, Sunday, November 6: It’s been a novel, a stage play, a movie, and maybe even a video game we missed, but now Dangerous Liaisons is finally a TV series. Set in 18th-century Paris, Dangerous Liaisons centers on the lusty affairs of those in King Louis VXI’s court, with a particular focus on young Camille (Alice Englert) and Pascal (Nicholas Denton). Period-costume-drama fans take note: this Dangerous Liaisons was created and written by Harriet Werner (Call the Midwife).

Sign up for our newsletter to stay tuned for the latest recommendations plus deals, contests, and more.