How to Watch Hallmark Channel 2021: Streaming, Satellite TV, and More

Whether you’re celebrating Christmas in July or December when the wintry holiday happens, check out our recommended ways to watch Hallmark movies all year long. 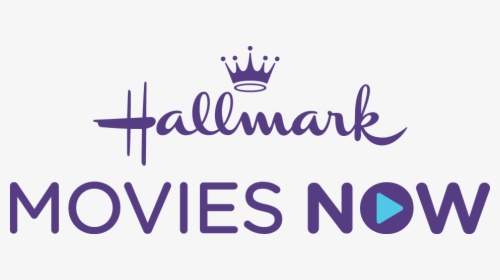 Hallmark Channel is a must-have if you like emotionally driven, family-friendly fare.

Their roster is loaded with feel-good flicks that focus on romance and self-reflection — and sometimes awkward mishaps in between—while driving toward a happy ending.

Cassie from Good Witch said it best, “There’s real magic helping other people.” So, to best help you, we should note that Hallmark Channel isn’t available on every streaming service.

You can, however, find it on Frndly TV,Philo, Sling TV, Vidgo, fuboTV, and DIRECTV STREAM.

We’ve rounded up our recommendations based on price, add-on channels, and premium TV experience.

How to watch Hallmark without cable

You can stream the Hallmark Channel live or stream Hallmark movies on demand using these services:

If Hallmark movies are all you want, the on-demand streaming service Hallmark Movies Now is your best option. And yeah, that’s because you can no longer watch Hallmark on Netflix or Hulu—that’s as much of a reason to weep as many Hallmark movies will give you.

Philo is the cheapest live TV streaming service on the market. For only $25 a month, you get 60+ cable channels, including Hallmark Channel.

Choosing this plan not only gives you Hallmark Channel, but also Hallmark Drama and Hallmark Movies & Mysteries.

Philo is also a great value if lifestyle and entertainment channels are what make you the happiest. We should also mention that Philo has an unlimited cloud DVR.  You don’t have to have Christmas in July or December. Record Hallmark faves to watch whenever you want.

We absolutely love that it carries popular favorites like OWN and Food Network, but we don’t like that there aren’t any sports channels or local channels available on Philo.

Pro tip: You can always add an inexpensive OTA digital antenna to your TV setup to cover your local news and some nationally televised sports.

Pair Philo with Hallmark Movies Now, and you’ll have the vast majority of Hallmark movies and shows currently available online for around $30 per month.

Sling TV is another cheap streaming service—not quite as low as Philo—but unfortunately, if you want Hallmark, it’s a no-go with any of their plans. Adding their Lifestyle Extra plan is only $6, so it’s not a huge price hike to add the channel while enjoying the rest of its content. A lot of Hallmark Channel fans also enjoy Lifetime Channel, and that is part of Sling TV’s lineup.

The most you can spend a month on a Sling TV plan is $50 for its Orange & Blue combo package. It’s only $35 a month for either the Blue or Orange plan. Adding the Lifestyle Extra pack to one of those for $6 a month makes your monthly cost $41.

The Lifestyle Extra pack has nine channels, including Hallmark Channel, Hallmark Drama, and another you may enjoy, Lifetime Movie Network. That’s a combination that will give you hours’ worth of tears and fears.

To get Hallmark Channel, a super-sized channel lineup, and premium features, we recommend DISH satellite TV service. It will cost you a little extra, but it might be worth it to you.

What about 25 Days of Christmas?

If you want to watch 25 Days of Christmas, you’ll need Freeform (formerly ABC Family). Philo doesn’t have Freeform, but Sling TV’s Orange plan does. And, of course, you can get it with America’s Top 200 from DISH.

One of the best things about DISH is the Hopper 3 DVR. For an additional $15 per month, the Hopper 3 allows for 16 simultaneous recordings and 2,000 hours of DVR storage. You’ll have room to record all 40 of this season’s new Hallmark Christmas movies—and plenty more. Hey, now you really can enjoy Christmas in July.

The downsides of DISH are its two-year contract and higher price. While it’s not the most flexible way to watch Hallmark, we think DISH’s channel lineups and excellent DVR are worth the cost if you have the extra moola.

The best way to stream Hallmark Channel on demand is to go directly to the source (sorry Netflix and Hulu).

To see which Hallmark movies are currently available on Hallmark Movies Now, test it out with a 7-day free trial.

This is like the Lifetime Movie Club—an extension of the Lifetime channel—a subscription video service that gives you new and classic Lifetime movies, and exclusive premieres, all commercial-free.

Netflix does, however, own DVD.com, which has dozens of Hallmark movie titles on DVD. Plans start at only $7.99 per month, so if you don’t mind DVDs (and USPS), you may as well sign up for a 30-day free trial—that’s plenty of time to see if it’s for you.

Hallmark movies and shows are not currently available on Hulu.

The channel is also not available for streaming if you have the Hulu + Live TV service. We said it once, and we’ll say it again: you can stream Hallmark Channel on only a couple of services (Philo and Sling TV).

Whether you pick Philo for its affordable price and unlimited cloud DVR storage, or Sling TV for its add-on packages, it’s easy to stream the Hallmark Channel content you crave.

If you’re down with spending a little more money to get premium TV, DISH offers a great channel lineup and excellent DVR. Whatever your choice, sign up and start binge-watching warm fuzzies today.

Is the Hallmark Channel on Amazon Prime?

How much is the Hallmark Channel app?

What is Hallmark Movies Now?

Hallmark Movies Now is a standalone streaming service app that offers exclusive movies and series from Hallmark Channel, Hallmark Movies & Mysteries, and Hallmark Hall of Fame, along with other content created to tug at the heartstrings.

You can download Hallmark Movies Now and become a subscriber for just $4.99 a month. The channel offers a 7-day free trial, so you can give it a test drive, too.

How many Hallmark movies are there?

There are too many Hallmark movies to count. If we had to venture a guess, it’d be somewhere around 500. But that won’t be the number for long. This 2021 Yuletide season, Hallmark is adding 26 brand new, holiday-themed movies to its roster.

What is the most popular Hallmark movie?

Everyone seems to like Hallmark movies so much that it’s hard to pick just one.

For example, IMDB’s Top 100 Hallmark movies list the inspirational Front of the Class as number one, while the Christmas movie set during World War II, Silent Night, takes second place.

We suggest looking at Hallmark’s own Hall of Fame for more must-see movies this season.

Are all Hallmark Christmas movies the same?

We can’t lie—formulas make all Christmas Hallmark movies similar, but that’s also what makes them dependable.

In many cases, a woman moves to a new location—or back to her scenic hometown—during the holidays and finds herself immersed in a scenario that blends love, chaos, and confusion. Eventually, holiday magic takes over, and everything falls into place just like the snow that settles in a shaken snow globe. The slightly predictable fun is as comforting as an old wool blanket.

Do the Hallmark Channel and Lifetime Channel show the same movies?

Hallmark Channel is owned by Hallmark Cards, Inc., and Lifetime Channel is a subsidiary of A&E Networks. The similarities in their content tend to make people think the two channels are part of the same family.

Hallmark movies tend to end a little happier than Lifetime movies — leaving you with a smile on your face — sometimes after you’ve reached several times to grab the box of Kleenex. Hallmark has a Movies & Mysteries channel and a Drama channel that lean in the Lifetime direction but are still a little less intense. By intense, we mean creepy.

Lifetime movies tend to have more of a jagged edge than Hallmark movies — instead of leaving you with some hope, you’re left wondering if that creepy stalker might make an appearance in a sequel.