TV Buying Guide: How to Choose the Right TV

Let the experts at CableTV.com help you find the best TV for you.

How do you pick out a good TV?

With the hefty price tags on new smart TVs and 4K TVs, you want to get the best TV for your buck. Our experts suggest following these steps on how to choose a TV:

To learn more about how to buy a great TV, check out our review of the Best Smart TVs or jump to one of the key topics listed below.

With hundreds of TV brands and models to choose from, it’s a good idea to know before you buy which brands are generally reliable and budget-friendly.

What is the best TV brand?

LG Electronics is widely recognized as the top-tier TV manufacturer due to its incredible picture quality and wide viewing angles. Sony and Samsung are also big-name brands with reliable reputations.

If you’re looking for more affordable options, though, TCL and Hisense have some great TVs you can get for a steal.

Read our latest review on the best smart TVs to compare these TV brands.

What is the worst TV brand?

Insignia and Sanyo both have bad reputations due to poor-quality products with ongoing issues, so steer clear of those brands. Sharp’s TVs are falling behind the competition too—it seems to be more dedicated to the other appliances in its large lineup.

Pro tip: Rather than being drawn in by name brands, consider each TV on its own merits. Look for high-rated TVs that fit your budget and have all the specs you need.

The right TV screen size depends on the size of your room. Think of how unpleasant sitting in the front row at the movies can be for most folks: head craned, edges of the screen out of focus, and action coming at you way too fast.

How big should my TV be?

Go for a TV around 40″ for a bedroom and one between 49″ and 60″ for an average-sized living room. Bigger can be better when it comes to TVs, but an enormous TV is wasted on a small room.

Calculate the best TV size for your room

TBH, some rooms are . . . awkward. Just remember that no matter the size or shape of your room, you won’t be able to see your TV from every nook and cranny because of a simple concept called viewing angle.

What is viewing angle?

Viewing angle is the side angle farthest from the center of the TV where you can sit and still enjoy a high-quality picture. Sitting at any angle that isn’t straight on to the TV may result in a loss of color and contrast, so it’s important to check alternate angles.

How much does viewing angle matter?

If you’re going to watch your TV only from straight on, any TV will be fine. But if you have multiple seating arrangements in front of your TV stand, you’ll probably want to consider viewing angle so everyone watching can have a good view.

Pro tip: TVs with an OLED display tend to have a wider viewing angle than LED-LCD TVs. If you have a large home theater area, you should consider paying a bit more for an OLED to get a better overall viewing experience.

What to look for in a TV

First and foremost, you should be sure that the resolution, weight, dimensions, and inputs of your TV meet your needs. Click on the links below to learn more about specific specs and features.

What is screen resolution?

Screen resolution is how many pixels per inch your TV has, which affects how clear and crisp the image is.

What screen resolution should my TV have?

Currently, the best TV resolution is 4K Ultra HD (UHD), so in general we recommend 4K UHD TVs if you want an amazing picture.

TVs with HDR have a wider range of colors, which greatly improves the picture’s vibrancy and contrast. Picture quality still varies from TV to TV, and HDR specs aren’t very helpful to determine which TV will be best.

There are a variety of competing standards for HDR content that are all trying to improve your viewing experience in different ways, but any type of HDR will still support most content.

Smart TVs are TVs that have an internet connection, usually supported by both an Ethernet port and Wi-Fi connectivity. This connection allows you to stream TV shows and movies through a variety of apps, such as Netflix, Hulu, Amazon Prime, and YouTube.

Is a smart TV worth it?

Streaming directly from your TV is awesome, but you don’t have to have a smart TV to do it. You can smart-ify any non-smart TV with an HDMI input by attaching a streaming device like Roku or Fire TV.

Streaming devices like these do the same thing as a smart TV, and they aren’t very expensive. Don’t let smart TV be a make-or-break deal for you.

Also called TV lighting, display type is how your TV screen is lit. These days the most common form is LED-LCD, also called LED, which is the modern version of LCD.

LED TVs use a liquid crystal display, which is a panel that either blocks or allows light through in specific areas on your screen. The screen is lit from the top, back, or sides by light-emitting diodes.

Another display type called OLED incorporates the light directly into the display with organic light-emitting diodes, eliminating the need for liquid crystal displays.

This allows for rich color contrast that LED can’t duplicate. The technology is expensive, but if you can afford it, you’ll get a fantastic picture with a wide viewing angle.

Pro tip: OLED displays are superior to LCD-LED displays, but you’ll have to pay a high price for the advanced technology. Unless it’s worth it to you to fork out that extra dough, go with an LCD-LED display.

What are screen refresh rates?

The refresh rate is how often the frame—or picture—on your screen changes. This is what makes video look like it’s moving. Traditionally, this happens sixty times every second, a spec that’s represented by “60 Hz.”

How much do screen refresh rates matter?

If you’re watching sports or action movies, the picture will look less choppy with a refresh rate of 120 Hz or 240 Hz.

But pay attention to whether the refresh-rate number is listed with a marketing term like “smooth” instead of the bona fide native refresh rate. Overly market-y terms or a ridiculously large number like 600 Hz usually mean the high speed is achieved with motion interpolation.

Motion interpolation still makes a picture look crisp—maybe too crisp—but it’s just flashing the same frame multiple times to trick your brain into seeing it that way. The result is often referred to as the “Soap Opera Effect” because all that crispness can make your shows look like cheap daytime television.

For those who purchase a TV with a high refresh rate that relies on motion interpolation, you should be able to turn that feature off to avoid the Soap Opera Effect if necessary.

It’s important to check that a TV has the correct ports to interface with your DVRs, streaming devices, game consoles, and soundbars. Most modern TV-associated devices use HDMI ports, since only HDMI can deliver 4K UHD and the best sound available.

If you have some outdated analog accessories, like an older game console, double-check if the TV you’re buying has the ports for the cables or connectors they require.

For the best experience, a large home theater should be paired with at least a 5.1 surround sound system. But in smaller rooms, a soundbar can do a fine job on its own.

Some modern TVs come with a built-in digital antenna, but for the most part you’ll need to amplify your reception because they usually don’t get very good signal.

TV antennas come in varying strengths, so if you’re going to get one, make sure it’s strong enough to pick up the signals transmitted over the air from local TV stations.

For cord-cutters, pairing a TV antenna with your new TV is a great way to get local channels in HD. But if you already have a cable package, it can be a little redundant, so don’t worry about it.

What is the best TV to buy?

For most folks, we think the best smart TV out there is the Samsung QN90A Neo QLED. That said, the best TV to buy really depends on your budget, room size, and viewing style.

Want help taking the next step to buying your TV or projector? Check out one of our expert reviews of the best TVs and projectors on the market. 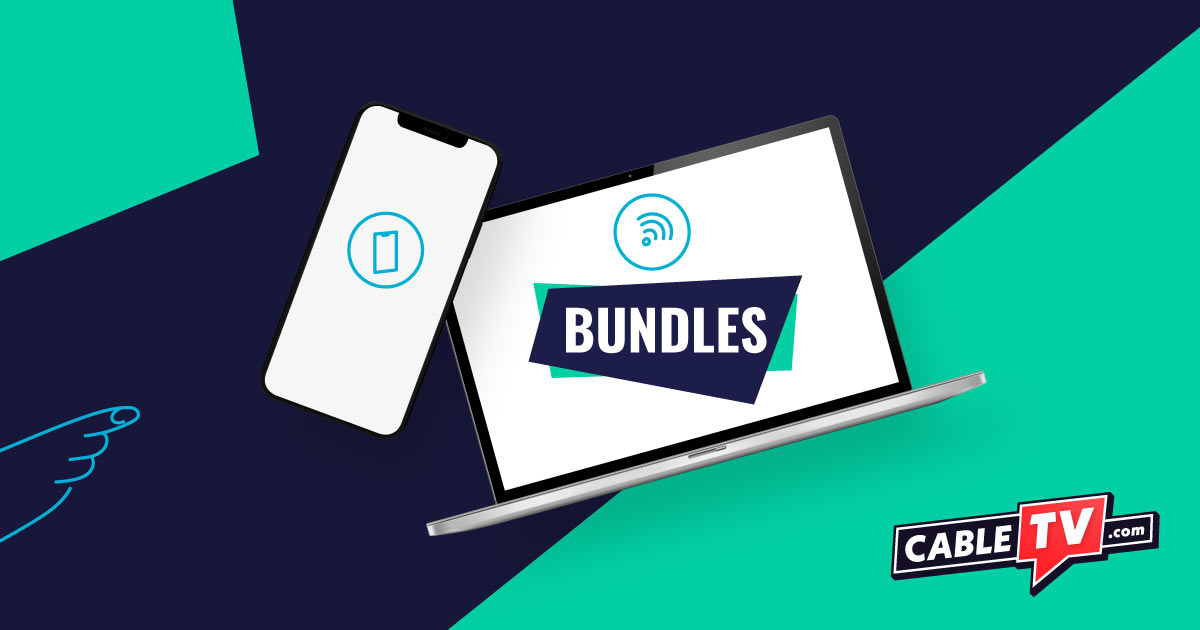 How Can I Bundle Cell Phone and Internet Service?
Feb 6, 2023 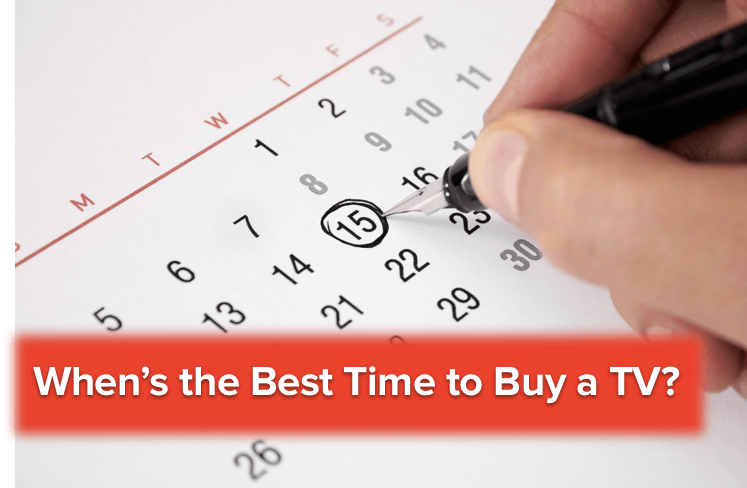 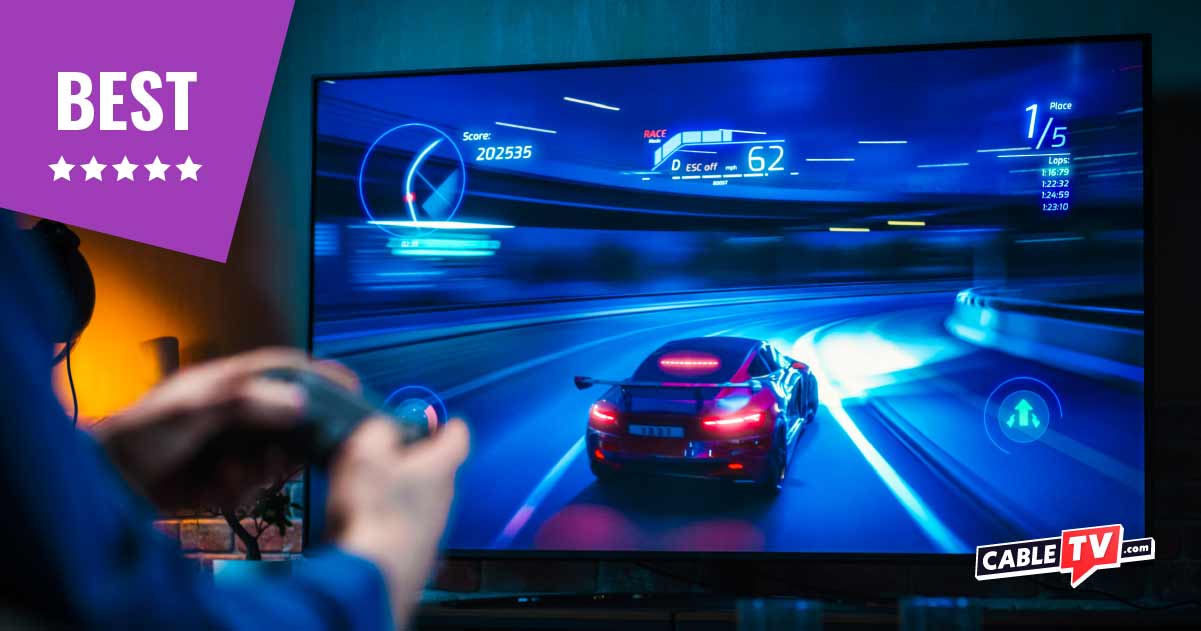 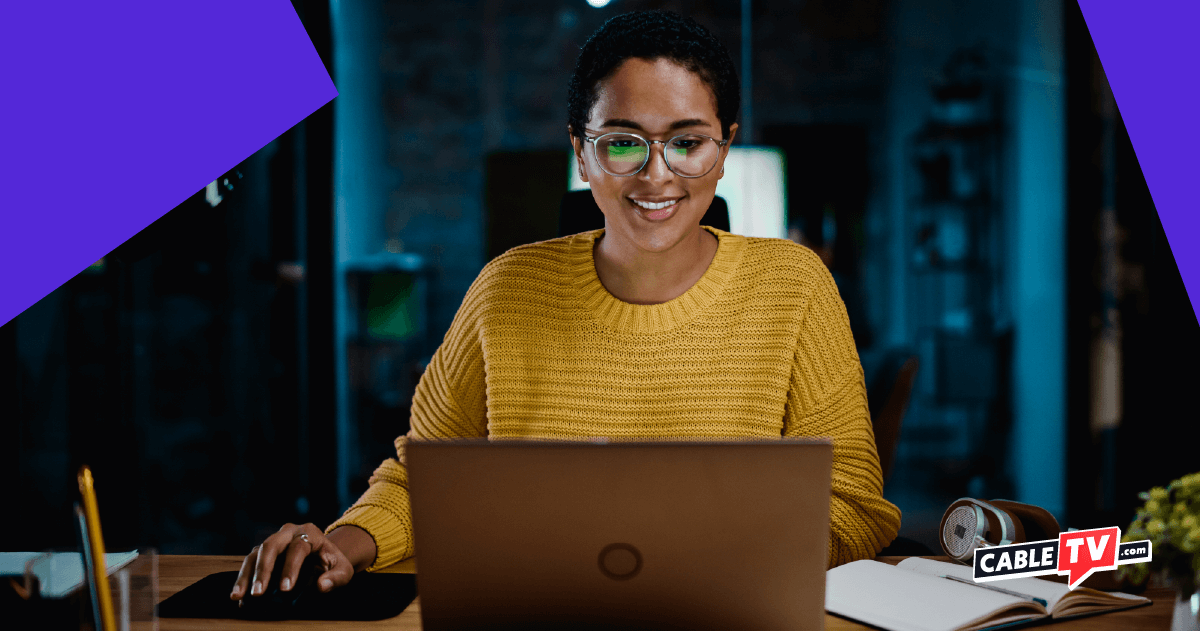 How to Get High-Speed Internet without Cable or a Phone Line
Jan 30, 2023