Jump to: What is Chromecast? | Chromecast vs. the competition | Apps and channels | Our final take

Google Chromecast is a plug-and-play streaming device in the most literal sense: simply insert it into your TV’s HDMI port, and you’re ready to go. Well, there’s also a second plug for power—but setting up a Chromecast is still ridiculously easy, not to mention cheap.

For 35 bucks, it’s a convenient couch-potato accessory that lets you cast and surf YouTube, Netflix, or anything from the Google Play Store. But, as a serious streaming TV device, Google Chromecast can’t compete with other set-top power players on the market.

We couldn’t find any promotional discounts on Google Chromecast, but check back and maybe we’ll be able to save you a few bucks.

What is Google Chromecast?

The “cast” in Chromecast means that you wirelessly stream content from your phone, tablet, or computer directly to your TV. There’s no remote or interface because Chromecast mirrors what’s on your mobile device or laptop (if the app is compatible, as indicated by a Chromecast icon).

As much as we’d like to avoid the word “dongle,” Google Chromecast is just that: a tiny piece of tech with limitations, more similar to devices like the Roku Stick or the Amazon Fire TV Stick.

It is fun to use, though. If you think of it as a bargain toy rather than a full-blown entertainment center, you can get plenty of play out of a Chromecast . . . dongle.

The “body” of the Google Chromecast is about the size of an Oreo cookie, and it’s attached to a flat, five-inch HDMI cable and plug. When tucked behind a TV, it’s practically unnoticeable, so maybe don’t dwell over color choice (but, if you’re prone to losing small black objects, we’d suggest the white model).

Google Chromecast vs. the competition

Data effective as of 08/05/19. Offers and availability may vary by location and are subject to change.

The table above compares the most basic streaming stick models from Google Chromecast, Amazon Fire, and Roku. FYI: there are also more-expensive 4K versions of each available.

For this price range, we’d suggest going with a Roku or Amazon Fire set-top box for 4K viewing—you’ll have a more stable streaming experience, and the price is about the same. You’ll also get a remote.

Setting up a Google Chromecast is a little different than plugging in a set-top box streaming device, but still pretty easy. It only takes three steps to get casting:

From there, you’ll be able to rename your Chromecast for easy identification and TV location (like “Living Room,” “Kitchen,” “Panic Room,” etc.). Like most things Google, it’s comfortably intuitive. Chromecast is actually easier to set up and start using than some finicky Bluetooth speakers we’ve tried—not that we’re still bitter about that derailed office karaoke party.

You’re able to perform other tasks on your phone or another device while casting, by the way. Chromecast’s internal Wi-Fi antenna grabs the app’s video or audio stream, freeing up your device’s interface. Meaning: Netflix doesn’t have to be visibly “open” to stream Queer Eye while you’re eyeing Instagram.

Amazon is another matter, though: Chromecast isn’t compatible with Amazon’s Prime Video app. You can, however, cast Prime Video from a Chrome browser—it’s not ideal, but it works.

Besides the lack of a traditional TV interface, Google Chromecast doesn’t—surprise—play well with non-Google applications. If you’re a Firefox devotee who wants to cast from that browser, for example, you’ll have to set up a series of work-arounds. Or set aside your Firefox values and just use Chrome for casting—we won’t tell anyone.

Google Chromecast also works with a wide variety of entertainment apps. You can cast nearly anything and everything that you enjoy on your phone, tablet, or laptop to your TV. Yes, even those hundreds of photos and videos you took of your dog last weekend. He’s cute; we get it.

Besides the price tag, the most attractive feature of the Google Chromecast has always been its ease of setup and use—that’s as true now as it was in 2015. If you already know how to navigate your phone, tablet, or laptop, you’re good to go.

So despite its lack of a home hub of app operations, we’ll take Chromecast over the clunky, junky interfaces of most “smart” TVs any day. Not having a dedicated remote is a little harder to forgive, but we can live with it.

Google Chromecast experiences the occasional buffering and glitches—which, to be fair, happens with even the best set-top streaming TV devices. To maintain Chromecast’s 1080p HD picture quality, we recommend internet speeds of 25 Mbps or even more for the Chromecast Ultra; 4K HDR is a serious bandwidth hog.

There are actually two Chromecast models. On the techy side, both the Chromecast (3rd Generation) and the Chromecast Ultra connect with 802.11ac Wi-Fi at 2.4GHz and 5Ghz and are powered by either a TV-connected USB cable or an AC power adaptor.

In basic features, there’s little difference between the two.

The biggest distinction: Chromecast Ultra supports 4K HDR and comes with an Ethernet cable adaptor for a wired internet connection. It’s also double the price of the regular Chromecast, so consider how much 4K TV you’re actually going to be watching.

Also, Chromecast comes in white or black (sorry, “Chalk” and Charcoal”); Chromecast Ultra comes only in black, but at least that means you can use it after Labor Day (just kidding—we don’t follow summer fashion rules).

Google Chromecast is compatible with any TV that has an HDMI port and a USB port to power it (or an AC outlet). If your TV doesn’t have an HDMI port, you can get a third-party USB-to-HDMI converter to bridge the technology gap.

No HDMI or USB ports? You’ll need a different set of old-school adaptors. We’d direct you to the nearest Circuit City or RadioShack, but. . .

Our verdict: Google Chromecast is cheap enough to keep around

While it hasn’t been upgraded significantly since 2015, Google Chromecast is still the quickest and most inexpensive way to become an overnight cord-cutter. At just 35 bucks, you’re not out much more than the price of a couple of pizzas to take it for a spin.

On the other hand, you can get far more powerful options from Roku and Amazon stick streamers at about the same price. If you want a fast and cheap device, though, Google Chromecast satisfies.

(For the record, here at CableTV.com, we consider pineapple on pizza much less objectionable than the word “dongle.”) 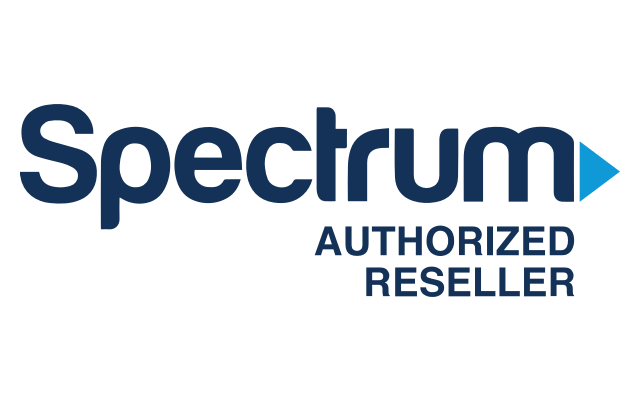