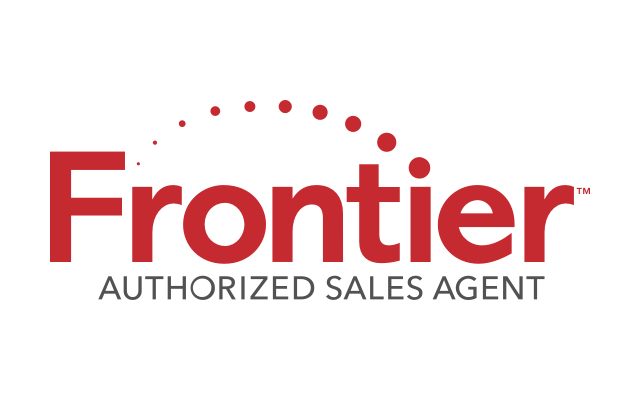 Data effective 7/30/19. Offers and availability may vary by location and are subject to change.

Well, DSL is nearly everywhere at least. And that’s one of its strongest qualities. About 88% of the urban US and 69% of the rural US have access to DSL internet—which means if you’re reading this, you probably do too.

Sure, it’s not lightning-fast like fiber, but you also don’t have to live in a big city like Los Angeles to get it.

In fact, many places have DSL home connections wired to a neighborhood node that connects to a fiber backbone. This DSL hybrid is more affordable for providers than fiber-to-home connections, but it has a significant effect on DSL speeds.

These customer satisfaction scores hail from our “Best Internet Providers of 2019.” See the full survey for an in-depth review of the ratings.

What if you can’t get fiber-backbone DSL?

Some areas of the US don’t have DSL hybrid service. Unfortunately, internet speeds in these places are much slower than in most of the US.

Due to the rarity of these areas (and speeds that look like they’re in the dark ages), it can be tricky to find information on these speeds online.

If this is the case for you, your best bet will be to call the providers in your area and see what they can do for you. Enter your ZIP code below to see who provides service in your area:

*Speed may not be available in your area.

In your search for the best DSL provider, we recommend AT&T, Frontier, and CenturyLink.

AT&T labels its DSL hybrid as “AT&T Internet” (as opposed to “AT&T Fiber”). It doesn’t have all the same speeds as its AT&T Fiber service, but it comes with AT&T’s strong customer service reputation and access to AT&T’s hotspot network.

You can also save on equipment since AT&T offers its Wi-Fi gateway router for no extra charge. Other internet providers charge about $10 per month for router rentals, so this perk can save you quite a bit in the long run.

Despite these savings, we’d warn you away from the Internet Basic 5 plan. At $40 per month, you’re paying $8 for every 1 Mbps download speed with Internet Basic 5, which is far too much.

And you may be wondering why all the other plans cost $50 per month regardless of speed. AT&T will usually offer only two plans in every area—an Internet Basic plan and an Internet plan—which are $40 and $50 per month respectively.

The speeds of those two plans vary by area, so you won’t have much control over your options. If you’re lucky, though, you might have Internet 100 available, which is as fast as many baseline fiber plans. Paying $50 per month is a great deal for that much speed.

AT&T is an excellent choice if customer satisfaction is important to you. But if AT&T plans in your area are slower than 25 Mbps, we recommend checking your other options so you don’t get bogged down by buffering.

*Data effective 3/13/19. Offers and availability may vary by location and are subject to change.

Frontier beats out AT&T’s and CenturyLink’s DSL hybrid speeds with its Premium Internet plan. Download speeds of 115 Mbps can support internet-loving families and their smart home devices with ease.

And even if you’re not in the market for internet that fast, Frontier’s wide variety of plans and scaling pricing have a little something for everyone.

Unfortunately, we weren’t able to find information on Frontier’s upload speeds for its DSL hybrid plans. Its fiber service, Frontier FiOS, has matched upload and download speeds, so we hope its DSL upload speeds are passable, but we can’t be sure.

You should also be aware that Frontier placed low in reliability in our 2019 customer satisfaction survey. DSL lines often slow during “peak hours”—usually in the evening when everyone and their dog is at home using the internet.

Fido, get off the iPad already.

Anyway, we recommend Frontier for the speedsters and the bargain shoppers out there.

But if you prefer to stay with one company for years and years, then CenturyLink should be your go-to.

*Data effective 3/13/19. Offers and availability may vary by location and are subject to change.

If you’re more of a big picture person and you don’t move around much, CenturyLink has Price for Life plans you’ll love.

While most internet companies offer discounted plans for new customers, CenturyLink plays it straight with prices that will never go up—as long as you stick with it.

In the long run, this is even better than promotional pricing. Plenty of internet companies raise their base prices a little bit every year, but you’ll never have to worry about that with this provider.

So while CenturyLink might not have some of the low starting prices of AT&T and Frontier, it’s a good bet over the long haul. And hey, installation is included in your service for no extra charge, so there’s less to worry about right now, too.

*Data effective 7/30/19. Price for life not available in all areas. Rate excludes taxes. Additional Fees Apply. Speed may not be available in your area.

What to look for in DSL

When you’re signing up for DSL, look for a plan with speeds that match your lifestyle. Both download and upload speeds play a role in making your internet experience the best it can be.

Internet Service Providers (ISPs) advertise their plans based on download speed. The fastest DSL hybrid download speeds are around 100 Mbps. That’s plenty to support your family and its internet-ready devices.

If you’re the only person on your internet, though, 25 Mbps can be plenty. That download speed is the FCC’s standard for broadband internet, and it will support streaming with little trouble.

Speeds lower than 25 Mbps are fine for web browsing, but streaming could be difficult.

Upload speeds are also crucial, though most ISPs don’t advertise them. You’ll need at least 1 Mbps to support video conferences or online gaming, and while even the slowest packages in this article advertise speeds up to 1 Mbps, up to is very different from at least.

Because of this, it’s safer to go with plans that offer higher upload speeds. That way you’re less likely to lose a video call if your internet isn’t performing at its peak.

We didn’t go into detail about data caps earlier because AT&T, Frontier, and CenturyLink all have either high data caps or unlimited data usage.

But if you’re going with another DSL provider, we recommend checking out its data allowance policy. The standard is about 1 TB, which is plenty for most people.

Data caps limit how much you use the internet, and going over them can lead to high fees. Read our data cap article for more information on these limits and the providers who have them.

There are a lot of DSL providers out there, but AT&T, Frontier, and CenturyLink are some of the strongest big-name brands.

We recommend you find out if these ISPs are in your area, then give them a call to see what speeds they can offer you. Enter your ZIP code below to get started.