We spent over 20 hours researching and examining the top TV providers to determine the best ways to watch the 2022 WNBA season. 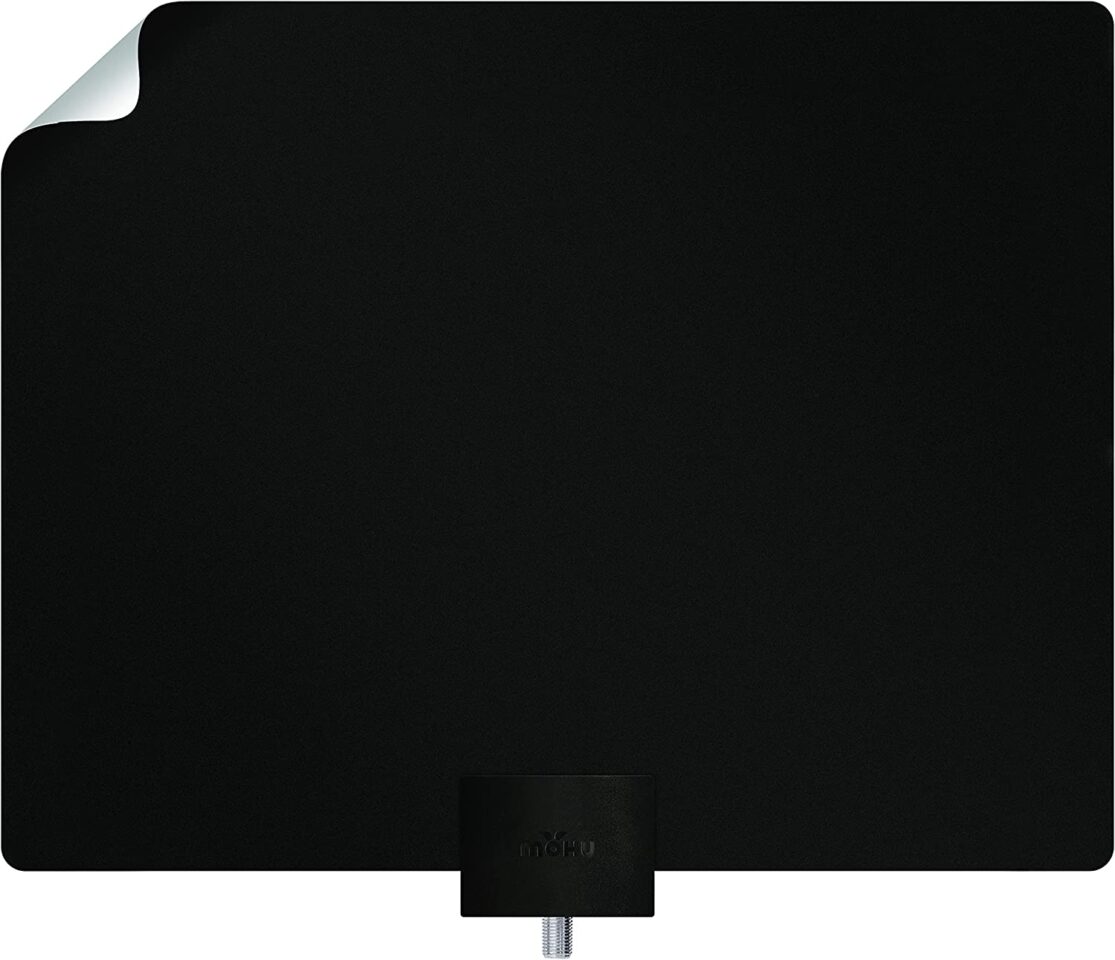 The WNBA returned to the court on May 6, 2022. Most nationally televised WNBA games will air on a combination of ESPN and CBS Sports networks, but you’ll need a more comprehensive TV plan to watch both in-market and out-of-market matchups.

YouTube TV ($64.99 a month) is the best overall TV provider for watching professional women’s basketball. The live TV streaming service carries every national WNBA channel at a manageable monthly cost. You won’t get every WNBA game with YouTube TV, but adding a standalone WNBA League Pass ($24.99 a year) subscription alongside the service will give you complete out-of-market access.

Before we go into more detail, let’s first take a look at each channel you’ll need to watch WNBA games.

During the 2022 WNBA campaign, 158 regular season games will air on national television, and you’ll need the following six channels to watch the majority of these broadcasts live.

In addition to the channels above, Amazon Prime Video ($8.99 a month), Facebook Watch, and Twitter will show select games throughout the WNBA regular season. All 16 matchups that stream on Prime Video count as nationally televised broadcasts.

Pro tip: For a more detailed look at the matchups each channel carries, visit the WNBA’s official schedule. Any game that doesn’t list a channel next to the start time is either accessible on WNBA League Pass or a regional sports network.

During the postseason, every game of the WNBA Playoffs and WNBA Finals will air nationally on ESPN networks—including ABC, ESPN, and ESPN2.

Looking for the most WNBA action?

Enter your zip code below to see what TV providers are available in your area.

YouTube TV ($64.99 a month) offers the best TV plan for watching the WNBA. The live TV streaming service gives you every nationally televised game—apart from the select games shown on Prime Video—and an unlimited amount of DVR storage.

With most TV providers, channels like CBS Sports Network and NBA TV require you to sign up for a higher-tiered package. But YouTube TV offers only one plan, and both channels are included.

One of the best features of YouTube TV for sports fans is that you can add your favorite teams to your on-demand library. All you have to do is search for the team you’re interested in and select the plus sign on that team’s profile page. YouTube TV will then record any available games from that team as they air live.

Another great thing about YouTube TV is that there are no long-term contracts. Plus, if you want to watch only WNBA games, you can easily cancel your plan when the season is over. But having YouTube TV year-round is always good, especially if you also follow the NBA.

The major downside to YouTube TV is that you’ll likely miss out on your regional sports network (RSN). So if you live within the general area of your favorite WNBA team, you may want to look at DIRECTV for catching local WNBA games on TV.

DIRECTV’s ULTIMATE All-Included plan ($99.99 a month)* also comes with every channel required to watch national WNBA games—apart from the games on Prime Video. It even has a lot of regional sports networks (RSNs), which means you’re more likely to catch in-market games with DIRECTV.

Pro tip: If you’re okay with missing out on the games shown on CBS Sports Network, you can drop down to DIRECTV’s CHOICE™ plan ($79.99 a month) to save $20 a month compared to ULTIMATE All-Included. You’ll still get all the other necessary channels for watching WNBA games—you’ll just have a smaller overall channel count.

Of course, DIRECTV also requires a lot of commitment—which is why it’s not our top pick for WNBA fans. With the satellite TV provider, you’ll get stuck in a two-year contract that features a price increase after the first year. You’ll also have to contend with placing a bulky satellite dish on your property, which might not be ideal for folks living in condos or apartments.

However, if you’re fine with the commitment, DIRECTV is still the best TV service for sports fans. It’s jam-packed with sports-specific channels and has several add-on packages available for those who want the most NBA, NFL, and MLB action. After all, if you enjoy the WNBA, you probably enjoy several other sports leagues.

WNBA League Pass is a must-have for any fan of women’s basketball. It’s a streaming service that offers over 130 out-of-market games and costs only $24.99 per season, giving you every live WNBA game that’s not already airing on local or national television.

Similar to NBA League Pass, WNBA League Pass has several great features for streaming WNBA games. You can watch up to four games simultaneously and view in-game statistical overlays for the most detailed experience. Plus, you can watch every game on demand from the past seven seasons.

On the other hand, national blackouts are unavoidable no matter where you’re located, which is why WNBA League Pass works best in tandem with a TV service like YouTube TV.

Even without a full-blown TV plan, you can still watch WNBA games. All you’ll need to do is connect a digital antenna to your TV, and you’ll get access to every local channel within range.

ABC and CBS are two of the most common over-the-air TV networks, and each of them air a small handful of WNBA games. But first, you’ll want to make sure you purchase a quality antenna with a decent range to ensure you can receive both channels.

We recommend the Mohu Leaf 50 ($59.99 on Amazon)** because it has a 60-mile range and a multi-directional design for easy in-home placement. It’s even 4K-ready, an excellent feature as more leagues begin broadcasting in higher resolutions.

How to watch the WNBA for free

You can also watch certain WNBA games for free by tuning in to your local ABC and CBS stations. You’ll first need to connect a digital antenna to your TV to gain access to these local channels. But a simple one-time antenna purchase will give you every sport that airs locally free thereafter—including some NBA, MLB, and MLS games.

The Mohu Leaf 50 ($59.99 on Amazon)** is our most recommended digital antenna because it has 4K capabilities and, more importantly, a 60-mile range, which means you’re more likely to pick up your local stations.

YouTube TV ($64.99 a month) is the best TV provider for watching the WNBA because it has every national WNBA channel and unlimited DVR space. The live TV streaming service is also not as expensive as other TV providers, which helps if you want to add WNBA League Pass ($24.99 a year) to get out-of-market game access too. While YouTube TV is our favorite provider for WNBA games, the combination of YouTube TV and WNBA League Pass is a must-have for hardcore WNBA fans.

DIRECTV’s ULTIMATE plan ($99.99 a month)* is a much more expensive alternative to YouTube TV, and it comes with a two-year contract and a price increase after 12 months. But the satellite TV service has a wide selection of RSNs for those located within the broadcast area of a WNBA team. Plus, you’ll have access to a lot of sports coverage beyond the WNBA.

Our sports experts spent over 20 hours researching the best ways to watch WNBA games. We compared the most popular TV providers head to head, focusing on each provider’s plans, prices, and overall WNBA coverage. Equipment requirements and DVR storage space were also taken into account, with hands-on testing specifically targeting each provider’s interface.

Check out our How We Rank page to learn more about our methods.

How to Watch the WNBA FAQ

Can you watch the WNBA on Roku?

The WNBA app is not available on Roku, but you can still watch WNBA games on Roku through live TV streaming services and channel-specific apps that allow you to sign in with your TV provider credentials. Subscribers of Amazon Prime Video, Paramount+’s Premium plan, and NBA TV can also stream live WNBA games through each service’s respective Roku app.

How can you watch the WNBA Draft?

What channel is the WNBA All-Star Game on?

At this time, a specific channel hasn’t been assigned to the 2022 WNBA All-Star Game. Either ABC, ESPN, or ESPN2 will broadcast the event, which will take place on Sunday, July 10.

**Amazon.com price as of 05/11/22 9:00 a.m. MST. Product prices and availability are accurate as of the date/time indicated and are subject to change. Any price and availability information displayed on Amazon.com at the time of purchase will apply to the purchase of this product. CableTV.com utilizes paid Amazon links.