All Your Stranger Things Questions Answered

Since the announcement that Stranger Things season 3 will be released on July 4, 2019, we know you’re more excited for the holiday than ever before—let Netflix ring, amirite?

But just like us, you may have forgotten the important details from season 2. Don’t worry! We’ll give you a quick refresher on Stranger Things, including everything from Hawkins, Indiana to the Upside Down—and a little more about the world behind the horror.

Q: How many seasons are in Stranger Things?

A: There are only two seasons of Stranger Things released as of the time of writing, but season 3 is on its way, and the Duffer brothers have promised at least four seasons before the series finale.

Q: When was the first season of Stranger Things released? How many episodes does it include?

A: Season 1 of Stranger Things came out July 15, 2016 and includes eight episodes, each a little under an hour long.

Q: When was the second season of Stranger Things released? How many episodes does it include?

A: Season 2 of Stranger Things came out October 27, 2017 and includes nine episodes.

Q: When is season 3 of Stranger Things airing? How many episodes does it include?

A: The season premiere for Stranger Things season 3 is July 4, 2019 (meaning you still have time to binge-watch those first 17 episodes). It’s set to include eight episodes.

Q: What channel is Stranger Things on?

A: Stranger Things is a Netflix Originals drama, so it’s only on Netflix.

A: Stranger Things is rated TV-14, according to IMDb, for “horror violence, disturbing images, thematic elements, brief sensuality, language, teen drinking, smoking throughout, and sexual references.” But many online parents guides warn that the violence increases dramatically in season 2, and the TV-14 rating might not be strict enough.

Q: Who is in the cast of Stranger Things?

Q: What do we know about the kid actors of Stranger Things and their backgrounds?

A: Finn Wolfhard: Born December 23, 2002 in Vancouver, Wolfhard is a Canadian actor and musician. He played Zoran in The 100 and Jordie Pinksy in Supernatural before Stranger Things.

Millie Bobby Brown: Born February 19, 2004 in Marbella, Spain, Brown moved to England before settling in Florida. She was a guest star on a variety of TV dramas on ABC before Stranger Things.

Caleb McLaughlin: Born October 13, 2001 in Carmel, New York, McLaughlin also got his start on Broadway, acting in 2012’s Lion King. He also guest starred on many TV dramas, including Law and Order: Special Victims Unit and Shades of Blue, before Stranger Things.

Sadie Sink: Born April 16, 2002 in Brenham, Texas, Sink also began her career on Broadway, starring as Annie in Broadway’s 2012 Annie before moving to film. She was also in Check (2016) and The Glass Castle (2017) previous to Stranger Things.

Q: Who are the characters in Stranger Things?

A: Like with any show, there are tons of characters in Stranger Things. But the main characters in season 1 are middle-school friends Mike, Dustin, Lucas, and Will, and the new girl, named Eleven, that the boys meet.

Their family members are also key to the plot—like Will’s mom, Joyce, and his brother, Jonathan. Mike’s older sister, Nancy, and her boyfriend, Steve, help round out the cast. There’s also the police chief, Hopper.

In season 2, Max and her brother, Billy, are introduced, as well as Joyce’s boyfriend, Bob, and Eleven’s sister, Roman.

A: Stranger Things follows the story of a group of friends in Hawkins, Indiana in the early 1980s when middle schooler Will Byers goes missing. As the town looks for him, more mysteries are uncovered, like the secret government work at Hawkins Laboratory.

The lab has opened a gate to an alternate reality, the Upside Down, filled with monsters and evil. It has also produced people with strange abilities, like the new girl Eleven that Will’s friends stumble upon.

Season 1 ends with the group saving Will from the Upside Down and Eleven sacrificing herself to kill the main threat, the Demogorgan.

Season 2 takes us back to the world of Hawkins, with larger monsters and the Upside Down spreading tunnels throughout the town. Will has become connected to a new Monster, the Mind Flayer, who is slowly possessing him.

There are also new faces in town, like Max and her older brother, Billy. Plus, it turns out Eleven isn’t gone (she just got sent to the Upside Down), and she ends up searching for her mom and a potential sister. Ultimately, the group is able to save Will from the Mind Flayer and Eleven closes the gate to the Upside Down.

Everything seems safe until season 2 closes on a scene of the Mind Flayer hovering over the town school in the Upside Down. So where will season 3 take us? We can’t wait to find out.

Q: What time period is Stranger Things set in?

A: Stranger Things takes place in the early 1980s, which is no surprise given the heavy influence of 1980s horror books and movies. The first season takes place in 1983, the second season in 1984, and following the pattern, season 3 is set to take place in 1985 according to the teaser trailers.

Q: Who is the director of Stranger Things?

A: Brothers Matt Duffer and Ross Duffer wrote the script and are the executive directors of Stranger Things. They’re heavily influenced by 1980s horror books and movies, including Stephen King books, Steven Spielberg films, and even George Romero films.

Q: Where was Stranger Things filmed?

A: Stranger Things was filmed in and around the city of Atlanta, Georgia, despite being set in the fictional town of Hawkins, Indiana.

Q: Did Stranger Things start as a book series or television series?

A: Stranger Things didn’t start as a novel—it’s an original TV show from the Duffer brothers. But books have since come out about the show. In October 2018, Stranger Things: Worlds Turned Upside Down: The Official Behind the Scenes Companion was released, detailing the making of the show. Gina McIntyre wrote the book, but it also contains interviews from cast members and a foreword by Matt and Ross Duffer.

There’s also a series of graphic novels called Stranger Things: The Other Side written by Jody Houser. Of course, all these books are separate from the main series, but Bond’s and Christopher’s novels are considered Stranger Things canon.

A: Michael Stein and Kyle Dixon composed the Stranger Things soundtrack and said they were heavily influenced by films like Big Trouble in Little China and experimental electronic music like Aphex Twin. Beyond the music Stein and Dixon create, the show also pulls on classics from the ‘80s. The Clash’s “Should I Stay or Should I Go” is a frequent theme in the first season.

Q: How was each season of Stranger Things rated by the critics and audience?

A: Season 1 got a 96% on Rotten Tomatoes’ Tomatometer and a 95% on the audience score—both of which are crazy impressive, but we’re stunned that the critics actually loved it even more than the audience.

Season 2 got a 94% on the Tomatometer and a 90% from the audience. So there’s a slight decrease on both sides, but ultimately, everyone seems to agree that this series is awesome, and we’re expecting great things from season 3.

A: Netflix is pretty secretive when it comes to viewership. Nielsen data claims that 15.8 million people watched the first episode of Stranger Things within its first three days on Netflix, and approximately 8.8 million US viewers watched each episode in Stranger Things season 2.

But a Netflix spokesman claimed that Nielsen’s data is entirely inaccurate, so we can’t say anything for certain.

A: Spotify has this super cool option where, when you’re listening to the soundtrack through its service, you will go into Stranger Things mode, which makes your app (either on mobile or desktop) look like the Upside Down.

A: Despite having only two seasons out, Stranger Things has been nominated for 31 Emmys, including two for outstanding drama, and won six. That’s kind of insane. For reference, USA Today stated that Saturday Night Live holds the most Emmy nominations at 242, and that show has been around for forty-four years. That means it averages six nominations a year. And Stranger Things averages ten a year.

Stranger Things also won the Screen Actors Guild Award for Outstanding Performance by an Ensemble in a Drama Series in 2017. Plus in 2017, it earned the producers the Norman Felton Producer of the Year Award in Episodic Television, Drama, from the Producers Guild of America Awards. Still, the list goes on: it won MTV’s Movie and TV Award for Show of the Year in 2017 and 2018 and MTV’s Movie Award for Best Musical Moment in 2018.

Many cast members have won awards for their acting on Stranger Things across a variety of platforms. Millie Bobby Brown has a whole slew of MTV and Kids’ Choice Awards behind her name now, and Noah Schnapp, Caleb McLaughlin, and David Harbour have also received several awards for their roles.

It’s clear that there’s very little in this show both fans and critics don’t love—everything from the producers to the music to the cast members. So we hope you’ve got the popcorn ready with your fireworks this Fourth of July. We know it’s going to be an intense one.

Cox vs. Frontier
The Stranger Things Kids Earn More in One Episode Than You Do All Year

About the Author
Makayla Beitler

Makayla has managed to combine her childhood dream of writing for a living with her passions for research and the digital world—and she’s loving it! As a recent graduate of Brigham Young University, she’s written about everything from small business loans to pro traveling tips to streaming TV providers. When she’s not busy writing, you’ll find her running the trails, dancing in the rain, or searching for the newest best show to watch. 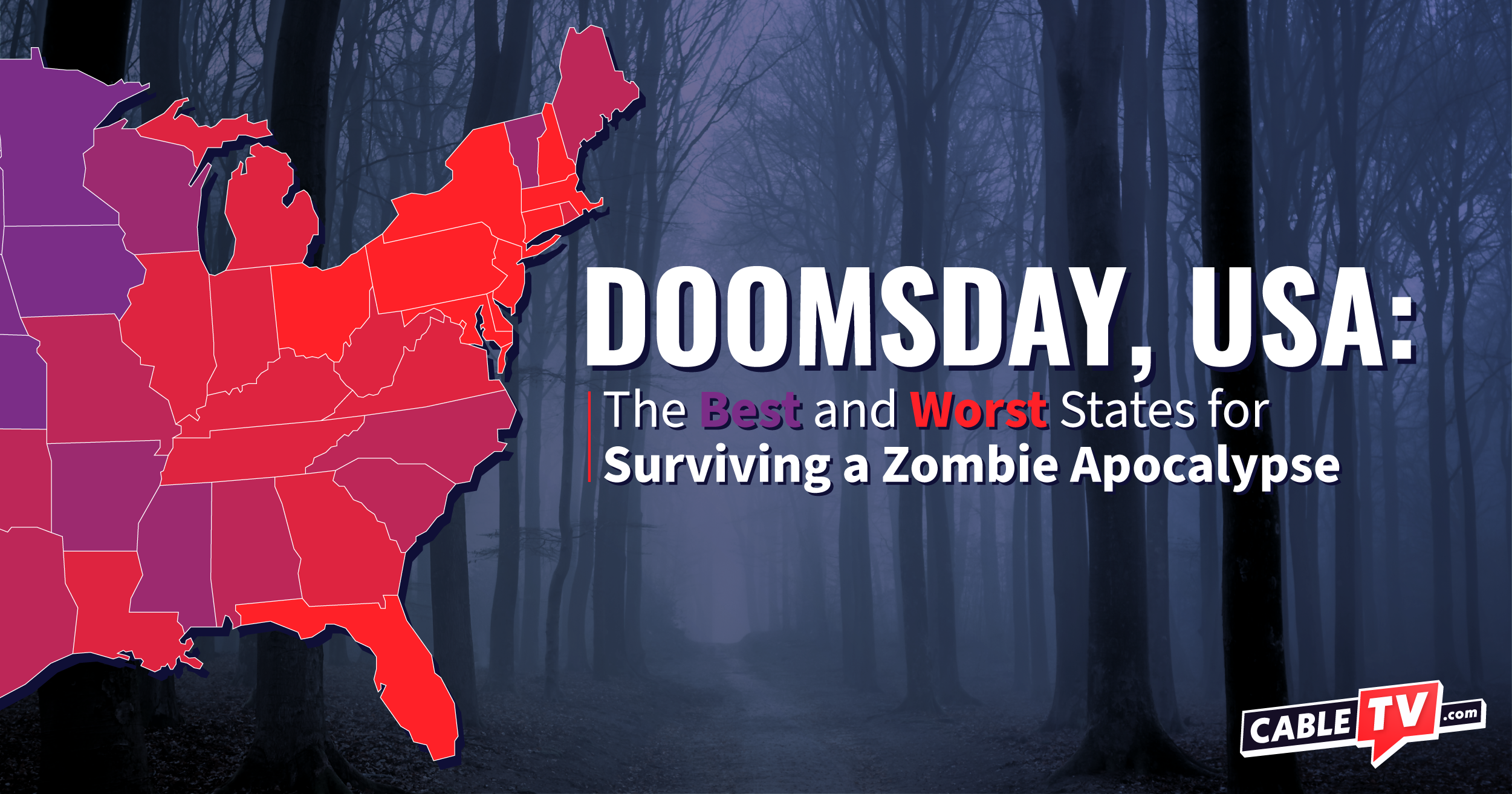