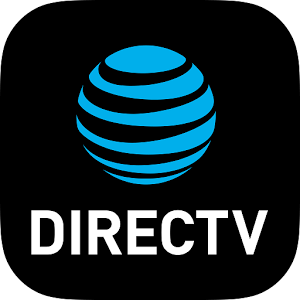 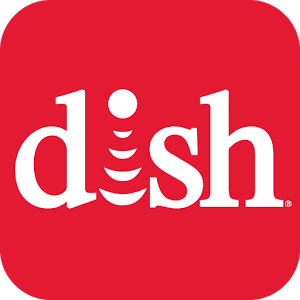 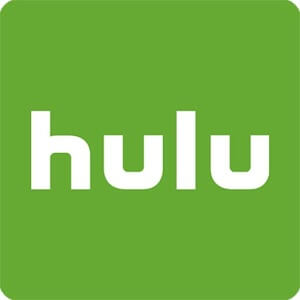 If this article were a storefront, it would have white marble flooring and glass display boxes. And we’d ask, “May I tempt you with a toasting flute of infused water—still or sparkling?”

What we’re getting at is that while these offerings are among the best TV has to offer, they’re not exactly cheap. The good stuff never is. But if you invest in one of these prime offerings, be ready to change your TV experience forever.

Data effective 04/29/2020. Offers and availability may vary by location and are subject to change. *For 12 months plus taxes and RSN fee with a 2-yr contract, paperless bill, and Autopay. Price increases for months 13-24. †For 24 months with a 2-year agreement and eAutoPay. ‡For the first 12 months. ^For 12 months plus taxes with a 1-yr agreement, paperless billing, and Autopay.

Come sashay through the gallery. These cable TV packages and deals have so much to offer—even someone of your discerning taste will be impressed.

*For 12 months plus taxes and RSN fee with a 2-yr contract, paperless bill, and autopay. Price increases for months 13-24.

DIRECTV has a strong reputation for being the best TV provider for sports programming. Although it may be tempting to opt for its most massive package—DIRECTV PREMIER™ for $114.99 per month—we recommend you keep your eye on the ball with DIRECTV ULTIMATE at $64.99 per month.

DIRECTV ULTIMATE has all the big sports channels, including NFL Network, NBA TV, MLB Network, and NHL Network. You’ll even get a year of NFL SUNDAY TICKET at no extra cost. If you never want to miss another big game, this is the package for you.

Heads up, college sports fans: DIRECTV doesn’t carry the Pac-12 Network. If that’s a deal breaker for you, DISH America’s Top 200 will be a better fit. It doesn’t have NFL SUNDAY TICKET, but you’ll get all the Pac-12 programming you need.

†For 24 months with a 2-year agreement and eAutoPay.

DISH offers Disney Channel in America’s Top 150+, but America’s Top 200 is where you start getting more specific family favorites. If you’re an Animal Planet, Disney XD, or Nick Jr. fan (or if at least your kids are), America’s Top 200 will meet all your needs at a reasonable price.

What really sets DISH’s plan apart is its partnership with Common Sense Media. Using the Hopper 3 DVR, you can tailor your child’s viewing experience with age-appropriate recommendations and ratings in eight different categories:

For keeping kids happy on the go, you’ll appreciate the DISH Anywhere App. It plays your favorite shows away from home while still allowing you to filter content by age and set up separate accounts for each of your children. That’s a lot of peaceful car rides for you—and no worries about inappropriate shows popping up for your kids.

Premium channels have a reputation for being prohibitively expensive. Not so with Spectrum! The Spectrum TV Gold package comes with all your favorite premium channels included for endless hours of movies that won’t cost you a Taj Mahal to watch.

If you’re sick of your current TV plan but worried about paying cancellation fees, Spectrum is eager to steal you away. When you bundle Spectrum TV with internet and phone services, it’ll pay up to $500 to rescue you from the dungeon of your current provider’s plan. Don’t keep settling for a plan you’re not in love with.

There is one important note with Spectrum: its DVRs are behind the times. Nobody’s perfect, right? To record all the great movies this package includes, treat yourself to a TiVo BOLT VOX instead of the Spectrum DVR. With the 1 TB model, you can record up to four standard and HD channels at once and save up to 150 HD hours. That’s enough to record the entire Fast and the Furious franchise nine times.

TiVo Note: TiVo is a great DVR solution that works with certain cable TV providers like Spectrum. If you get a TiVo, ask your cable provider for a CableCARD, which helps your TiVo decode the cable signal. Those are usually about $2–$5 per month to lease.

^For 12 months plus taxes with a 1-yr agreement, paperless billing, and Autopay.

This internet and TV bundle from AT&T is among the crème de la crème—it’s precisely what you need when you must have the best of all things. AT&T TV Ultimate has more channels than most TV packages on the market, and when you combine it with Internet 1000, it comes with a DVR that stores 500 HD hours. That’s enough space to record every Walking Dead, Game of Thrones, and Friends episode, with plenty of room to spare.

As far as Internet 1000 goes, it’s fast enough to download Fortnite on your PC in less than a minute, and its high ping rate will help you avoid those pesky snipers at the last millisecond. Or, if you’re more of a movie person, streaming Star Wars: The Rise of Skywalker in all its 4K Ultra HD glory will be a buffering-free delight.

The introductory price of $104.98 per month is a chunk of cash, but you’ll be getting some seriously high-end TV and internet with this bundle.

Whether you’re a longtime cord-cutter or just want to test the waters, Hulu (No Ads) + Live TV is a pretty sweet offer. Its live channels are available in Full HD (1080p) instead of just HD Ready (720p) like most other streaming services, which means the picture is much clearer than the competition.

20/20 Streaming: HD Ready is fine if you’re streaming on your phone or tablet, but Full HD will make a big difference on your smart TV. If you’ve got an old 720p TV, upgrade your TV for the full experience.

What sets Hulu apart from other contenders is its expansive streaming library, which includes popular TV shows and original series like The Handmaid’s Tale and Castle Rock. And you can record any of your favorite new shows with Hulu’s Cloud DVR. It comes with 50 hours and upgrades to 200 hours for $14.99 per month.

While Hulu has a small channel count, you’ll find that they’re some of the top channels out there—local channels included. But if you’re more interested in channel count than image quality, the AT&T TV NOW’s ULTIMATE package has 125+ channels available in 720p.

What to look for in TV packages

Not convinced our showpieces are for you? Come—sit on our tiny modern sofa, and we’ll explain what to look for on your quest for the perfect TV package.

The perfect package for you might look completely different from anyone else’s because you have your favorite channels you don’t want to miss out on. Look for packages that include all the channels you want at a good price.

If you’re willing to invest time in examining each package from providers that service your area, you’re much more likely to find exactly what you want.

Despite your quest for the best TV package in all the land, you’re limited by what’s in your area. Unless you want to move to a place with all the best TV providers (like Wake Forest, North Carolina), you’re stuck with what you got.

Discover the providers that offer TV in your neighborhood by entering your zip code below:

It’s been lovely to have you in our showroom today. We hope you have been transported to the lap of luxury, if only for a moment. For those ready to commit to a superior experience, follow the links included with the packages above to sign up for your best TV package. The finer things await you.

Which is the best TV provider?

According to our “2019’s Best TV Providers in Customer Satisfaction” survey, Verizon Fios is the top provider when it comes to overall customer satisfaction.

How much does it cost to get basic cable?

Basic cable packages cost around $30 per month, though this varies by provider and service area. Learn more about what to expect from basic cable with our article “Basic Cable Channels.”

States That Watch the Most TV: COVID-19 Increased Viewership

Americans spend more time watching TV than doing any other activity, and it has only increased due to the new coronavirus (COVID-19) outbreak.

According to the US Bureau of Labor Statistics, Americans spent an average of 2.8 hours per day between 2014 and 2018 watching TV, which accounted for just over half of all their leisure time.1

But which states love TV more than others?

Which states watch the most TV?

All top ten states watched at least 3 hours a day, with West Virginia creeping closer to 4 hours per day. Kentucky and Arkansas tied for third by watching an average of 3.30 hours of TV a day.

One study found high television viewing (more than 3 hours per day) and low physical activity in early adulthood were associated with worse midlife executive function and processing speed.2 That means reduced abilities to coordinate, organize, and make decisions, so you’re hurting your chances of becoming a Navy SEAL.

If you insist on watching over three hours of TV a day, consider using commercial breaks to stretch out, do some burpees and pushups, and drink some water.

With that in mind, we wanted to see which states were watching the least amount of TV.

Which states watch the least TV

Increases in viewership with COVID-19 concerns

With COVID-19 measures taking place, Americans are spending a lot more time at home, but how much more? We took a look at how TV viewership has spiked during new coronavirus concerns.

Among the major broadcast networks, viewership increased dramatically year over year during March.

In the first week of March 2020, the US started with 62 reported cases, but by March 8, that number had risen to 213. By the end of the second week in March, live TV impressions also increased by 83% from 2019 numbers.

Even without live sports going on due to COVID-19 restrictions, March 2020’s live TV showed a 156% increase in viewership from 2019. That third-week spike coincides with President Trump’s announcement on March 17that asked the workforce to stay home.

The fourth week of March 2020 showed a 139% increase from 2019, which is a slight drop from the previous 2020 week but still a significant shift toward increased live TV impressions.

April 2020 continued with shutdowns, layoffs, and stay-at-home orders of varying degrees. Once the numbers for TV viewership are released for April 2020, it’s likely to show a dramatic increase from 2019’s numbers as well.

To estimate the amount of TV the average person watches per day in each state, we sourced our data from the American Time Use Survey administered by the Bureau of Labor Statistics.

We used IPUMS (a survey and census data company) to create an extract of the BLS microdata files. To get our final figures, we used an average of daily time spent watching TV for 2014–2018 to compare each state’s average.

YouTube TV Review 2020: Plans, Cost, and More
What Is a Good Internet Speed?