Get the latest updates on what live sports you can watch during coronavirus.

Believe it or not, you can watch live sports right now during the coronavirus—and we’re not just talking professional cornhole (yes, that’s a thing).

Scroll down to get the latest news about what professional sports are currently in action and when your favorite major league sports will be back on TV.

Surprisingly, a ton of professional sports leagues have started up again across the globe. And many of them you can watch live on TV through a streaming service or cable TV provider.

How to watch the NFL live

Here’s some good football news: the NFL kicked off its 2020 season on September 10.

Check out “How to Watch NFL Games” or our review of NFL SUNDAY TICKET to catch what is sure to be a unique season.

How to watch college basketball live

College hoops is a go on November 25, 2020. Read up on how to catch your favorite college basketball team or conference with our comprehensive guide. Spoiler alert: you’ll need CBS, ESPN, and FOX Sports to throw down.

How to watch MLB live

The first pitch of the 2020 MLB season was thrown out on July 23. When the league returns next spring, most MLB games will be on FOX, ESPN, MLB Network, and TBS.

Check out our guide to “How to Watch MLB Games” so you don’t miss a single game.

How to watch the NBA live

The NBA season has been perhaps the hardest hit by COVID-19, but league play resumed on July 31 (cue the air horns). Check out “How to Watch the NBA” to get warmed up for the 2020-2021 season, which should start in late December or early January.

How to watch Premier League live

If you’re looking to catch the current Premier League season and you live in the US, you’ll need NBC and NBC Sports.

Most cable and satellite TV providers carry both channels, or you can check out our guide, “Best Streaming Services for Sports,” to find the best live TV streaming package for you.

MLS games started again on July 8. And you can usually catch most MLS matches on ESPN, ESPN Plus, and some regional sports networks.

Most cable and satellite TV providers can help you get your MLS kicks, or check out  for Sling TV or ESPN Plus for livestreaming action.

How to watch the PGA live

You can currently watch the PGA on NBC and NBC Sports. Most cable and satellite TV providers have packages that include both networks.

You can also stream the PGA on Amazon Prime Video (starting at $8.99 per month) and directly through the NBC Sports website (free).

How to watch UFC and Bellator MMA live

Surprise, UFC and other MMA leagues never stopped fighting during coronavirus. ESPN+ is always a good place to start for MMA, but check out or expert guide, “How to Watch UFC and Bellator,” to see your other options.

How to watch NASCAR live

In addition to classic yesteryear races on the FS1/FOX Sports app, NASCAR has a full summer of live TV events ready to burn socially-distanced rubber.

Beginning with the Alsco Uniforms 500 on Thursday, May 28 (FS1), over 25 NASCAR races will air live on FS1, FOX, NBC Sports Network, and NBC. The season culminates with the NASCAR Cup Series Championship from Arizona on Sunday, November 8 (NBC).

How to watch the Bundesliga (German soccer) live

You can currently watch the Bundesliga on FOX Sports 1 (FS1) and FOX Sports 2 (FS2). Most cable and satellite TV providers have FS1 and FS2, or you can stream them by subscribing to a streaming service like fuboTV or Sling TV.

How to watch the NWSL (National Women’s Soccer League) live

The National Women’s Soccer League returns to play on June 27. But instead of returning to a regular season format, the NWSL is kicking off the season with a tournament.

The newly announced 2020 NWSL Challenge Cup is a 25-game tournament featuring all 9 teams. While spectators won’t be in attendance, fans can catch every game via CBS All Access, with the opener and championship game also airing live on your local CBS station.

How to watch the KBO League (Korean baseball) live

Korean baseball (KBO League) is currently playing on ESPN and ESPN2. Most cable and satellite TV providers offer ESPN and ESPN2, or we recommend the Sling TV Orange package ($30 per month) to stream both ESPN and ESPN2.

How to watch pro wrestling live

Unlike most other sports, professional wrestling (it’s a real sport, just as it says in the title “sports entertainment”) never stopped in the face of COVID-19. You can get live pro wrestling with most top streaming services like Sling TV and AT&T TV NOW.

The TV events, both live and prerecorded, have been a little weird with no cheering/booing audiences, if we’re assigning “weird” rankings to hulking dudes in leather trunks throwing each other around the ring.

Upstart wrestling outfit All Elite Wrestling has been holding down Wednesdays with AEW Dynamite live on TNT, and smaller brands Impact Wrestling (AXS TV) and Ring of Honor (syndication) are also active weekly.

How to watch pro esports live

Esports are alive and well—the Call of Duty league is mid-season right now. You can subscribe to the league’s YouTube channel for updates on live games. And if you want to watch something immediately, you can also find tons of live esports matches on YouTube Gaming and Twitch.

Get ready for the return of live sports

An over-the-air (OTA) HD antenna is a great option for the casual sports viewer. A good OTA antenna usually costs around $50 and will get you tons of NFL, NBA, and PGA action.

You can also catch the occasional pro tennis or NHL match (among other sports) using an OTA HD antenna.

Pluto TV also has a dozen or so sports channels, like Red Bull TV, that you can stream for free.

Unfortunately, to watch most major league sports, you’re gonna have to pay for a subscription. Check out our “Best Live TV Streaming Services” article to find the right livestreaming service for you.

Yes, you can technically stream live sports for free on reddit. Do we recommend it? If you’re a rabid sports fan, no.

Because reddit streams are pirated, you’ll have to endure everything from your stream dropping during clutch moments to spammy pop-ups.

Enter your zip code to see what TV providers are in your neighborhood.

How to watch the NHL live

The games won’t have audiences in the stands to witness hockey games breaking out in the middle of fights, just players and essential support staff. No announcements about TV coverage have been made, though typical (remember typical?) NHL seasons are carried by NBC, NBC Sports Network, NHL Network, and ESPN+.

How to watch soccer live

In soccer news, most professional soccer leagues returned to play this summer. Check out our exhaustive guide on how to watch soccer so you can be ready when your favorite club hits the pitch.

How to watch the Olympics live

If you haven’t heard already, the Olympics have been postponed until June 2021. Stay tuned for our guide to watching the 2021 Summer Olympic Games in Tokyo.

Enter your zip code to see faster internet options in your area.

Mike Strayer, PhD, has written and edited TV, internet, and tech content across the interwebs for over six years. Now as Managing Editor of CableTV.com, he nerds out dissecting labyrinthian channel lineups and jargony DVR specs. Off the clock, catch him on his couch deep in The Twilight Zone or wandering Westworld. 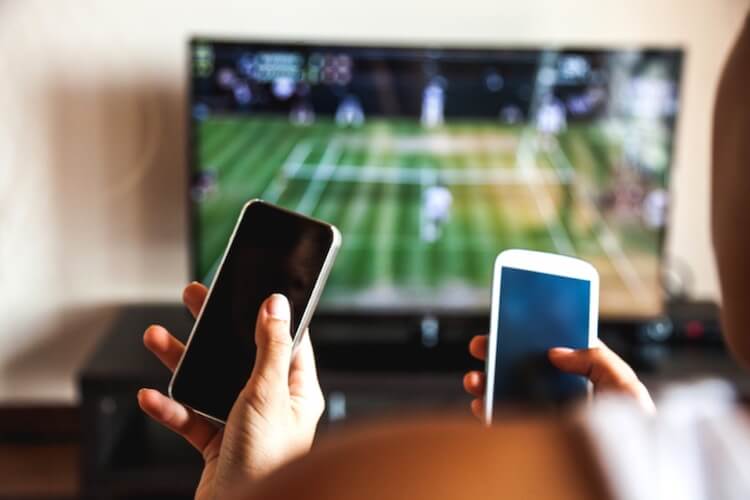 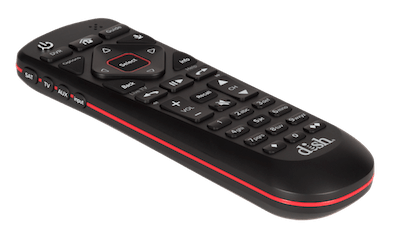